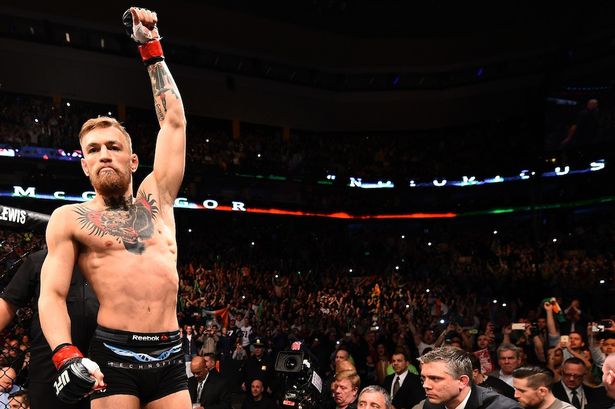 It was a fight 14 months in the making, yet in the end it took just 13 seconds for Conor McGregor to beat the best mixed martial artist on the planet and claim the UFC featherweight belt. The quickest title fight in UFC history and the most anticipated fight in recent memory can be summed up in a single paragraph. McGregor and Aldo advanced to the centre of the Octagon. After a moment of feeling each other out, Aldo threw a right straight, left hook combination which McGregor reacted to with a counter left. The champion dropped and after two follow up shots the referee stopped the fight.

After all the talk, it seems the hype behind the Irishman was justified. McGregor said he would beat Aldo, he said he would do it in one round and he said he would do it in under 60 seconds. While many people will feel slighted by the late hour for such a short fight, it epitomises the idea that anything can happen in mixed martial arts. This fight could have been over in 5 seconds or could have gone the full 25 minutes. However, in the end the power and precision of Ireland’s newest world champion was the difference maker and was enough for him to have his hand raised.

Jose Aldo had been the only featherweight champion in UFC history and had gone undefeated for over 10 years. He grew up fighting and is not a man anyone could hope to intimidate. But from the moment the fight was announced until the moment the referee told them to fight, McGregor attempted to do just that. The fight had been hyped up beyond anything ever seen in this sport, cumulating in a world tour last summer and a multi-million dollar investment in advertising. The original fight was scheduled for last July, but after an injury to the champ the fight was set for Saturday December 12th and the slow build-up to the fight began anew. With the long years of dominance of Aldo and the non-stop destruction of the division by McGregor it was seen as the greatest “pick ‘em” fight in MMA history.

McGregor is seen as a cult hero in Irish MMA circles and his superstar status has done a lot to build interest in the sport. New gyms are opening and old ones have been able to upgrade equipment thanks to the interest of new students. His continued success and popularity could help the sports reach new heights.

The question now is what will be next for the new champion. A rematch with Aldo? A fresh match up with Number 1 contender Frankie Edgar? Or will he do what he originally promised and move up and challenge himself in the weight class above? Whatever he does, he will have a loyal following eager to watch his fights, always exciting and always willing to challenge himself, the sky is the limit for the Dublin native.

Correction: December 13, 2015
An earlier version of this article stated in the headline that this fight was 14 years in the making. The fight was announced 14 months ago, not 14 years ago.