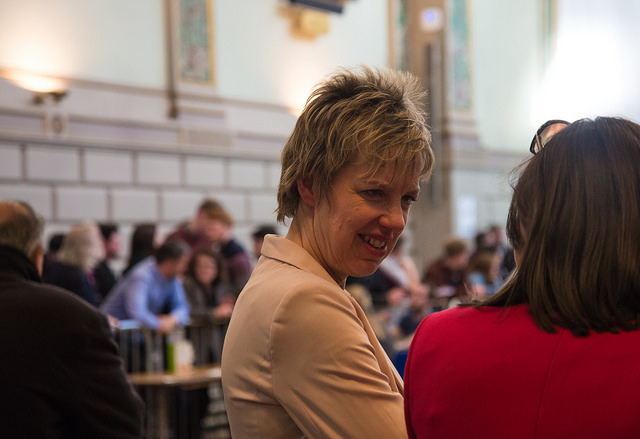 Ivana Bacik is one of the Labour Party senators calling for the government to oppose income-contingent loan schemes.
Sinéad Baker for The University Times

Nearly a year to the day after the publication of a landmark report on Irish higher education funding, Labour Party senators will bring a motion to the Seanad tomorrow calling on the government to oppose a loan scheme for third-level students.

The vote tomorrow, if successful, will be a significant boost to a student-led campaign that has marched and lobbied over the last year in support of publicly funded education. And while victory tomorrow would be largely symbolic, defeat would be a setback to a movement that has placed significant stock in lobbying TDs and senators over the last 12 months.

The likely outcome of the vote remains unclear, with both Fine Gael and Fianna Fáil due to oppose the motion.

The motion, Senator Ivana Bacik told The University Times, is about providing equality in primary, secondary and third-level. Bacik, who is a University of Dublin senator and leader of the Labour Party in the Seanad, is bringing the private members’ motion alongside Senator Aodhán Ó Ríordáin and other party senators, which is calling for a full removal of third-level fees.

Bacik is well aware of the motion’s significance. “We wanted to try and set down a marker”, she said. Some indication is expected from the Oireachtas Education and Skills Committee over the next few months on their proposal for a new funding model for the sector. After months of presentations from students’ unions, economists and university heads, any proposal from the committee will prove highly significant in a debate that has seen both Fianna Fáil and Fine Gael reveal little about their own preferences for a new funding model.

Speaking to The University Times today, Union of Students in Ireland (USI) President Mike Kerrigan said the opposition from the two parties was “a little disappointing”, but said the vote could still go “either way”.

“We know where we stand a little better today and we might know a bit more tomorrow”, he said. Sinn Féin senators are expected to support the motion when it’s brought to the Seanad tomorrow evening.

Labour, while the party to introduce free education, have something of a chequered history with the student movement – the party is still haunted by Ruairi Quinn’s pledge not to increase the student contribution charge in 2011, only for him then to increase it as Minister for Education after the general election.

Tomorrow’s motion emphasises the value of having equality across the education sector and calls for the government to reject an income-contingent loan scheme and to introduce a fully publicly funded education system, two options set out in the report of the government’s higher education funding working group, published last July.