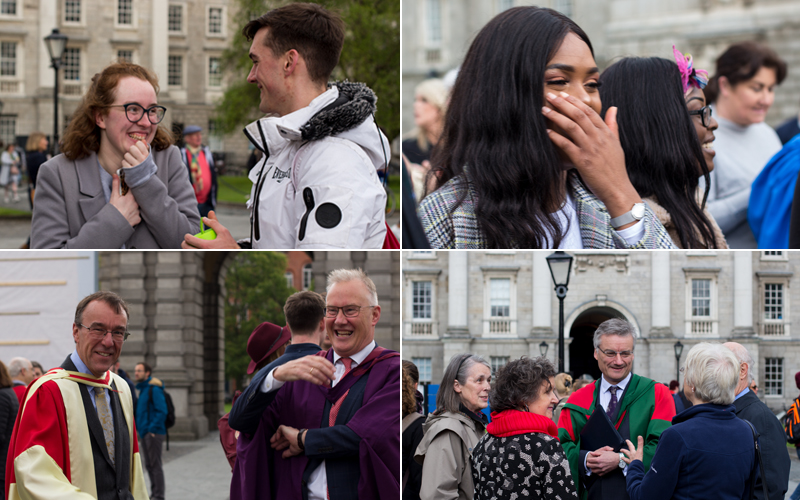 The number of scholars this year decreased from last year, with the College electing 73 scholars.

Trinity calls election to scholarship “the most prestigious undergraduate award in the country”.

The Honorary Fellowships were awarded to former Chief Justice of Ireland and Pro-Chancellor of the University Susan Denham, as well as librarian and scholar Peter Fox. Fox is a former librarian and archivist at Trinity.

Speaking to students and staff gathered in Front Square, Prendergast said: “This is always a special day for Trinity, celebrating the academic achievement of our new Fellows and Scholars.”

The announcement of the scholars and fellows marks the beginning of Trinity Week, which will include a number of talks and activities, focusing on the theme of “Silence”, organised by the Faculty of Arts, Humanities and Social Sciences.