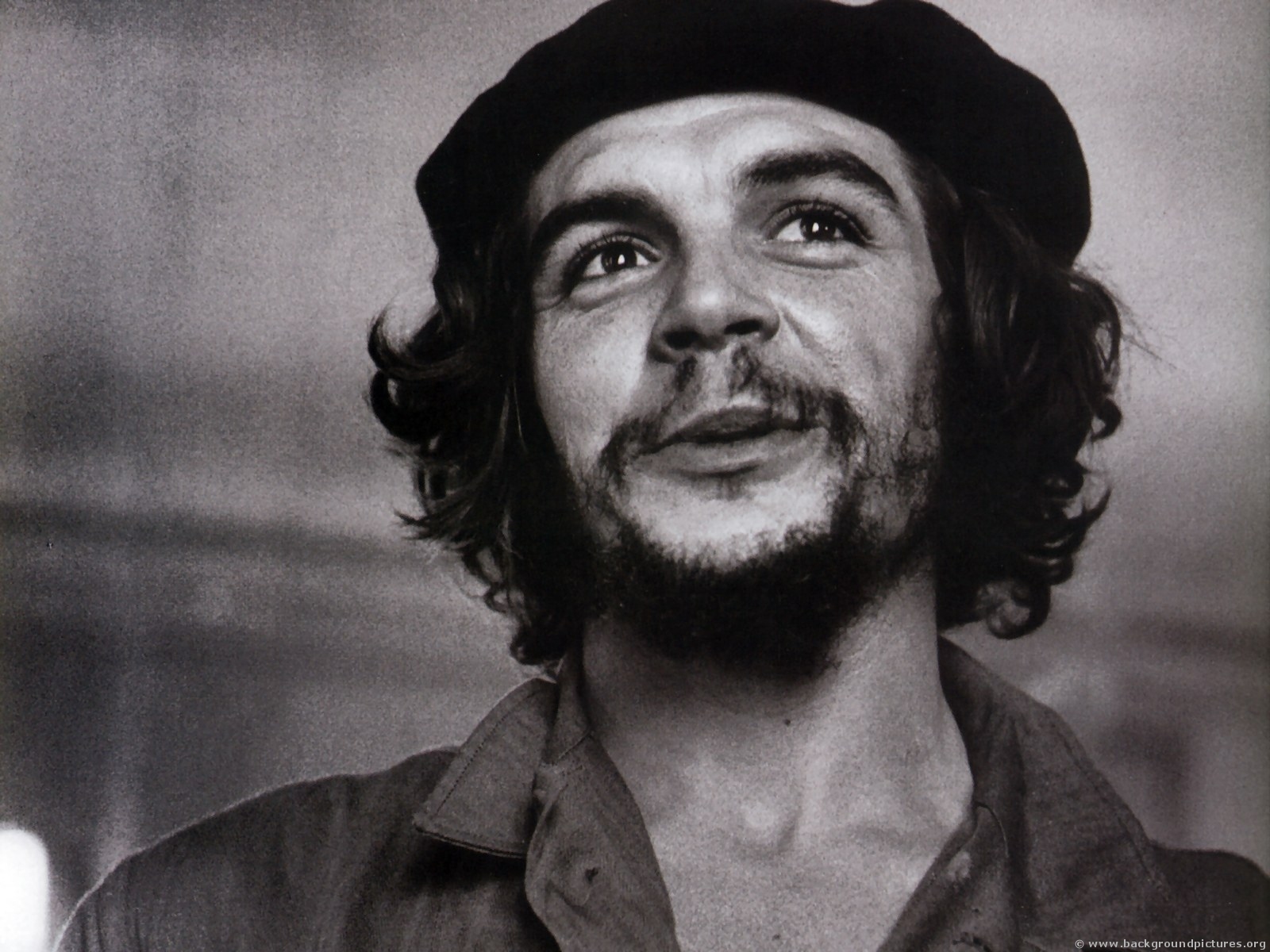 “You come burning the breeze/ With springtime suns/ To plant the flag/ With the light of your smile” – ‘Hasta Siempre, Comandante’ by Carlos Puebla

One of the most the telling ways in which one can cognize if a political figure has become a cultural icon occurs when the Irish strive to find in them an obscure hereditary link back to Inisfail. More often than not, and quite impressively so in the case of Barack Obama, they manage to achieve this with some farcicality. It was not necessary to try too hard to uncover this lineage in Ernesto “Che” Guevara Lynch’s background. Leaving aside the sheer Celticity of his maiden name, Che’s father released a statement in the aftermath of his son’s death, of which the first line read – “The first thing to note is that in my son’s veins flowed the blood of the Irish rebels”. Che’s grandmother, Anna Isabel Lynch, was born in Co. Galway, before eventually emigrating to South America. With the recent news that a scale model of the late revolutionary is to be constructed in Galway later this year, there is scarcely a more fitting time to be writing this article. Such announcements cause one to ruminate on how on earth an asthmatic middle class Doctor from Argentina with humble Irish roots became an icon for socialist revolution and uprising worldwide.

If there is one thing on which all biographers of Che Guevara are agreed, it is that he was both charismatic, and strikingly attractive. Alberto Korda’s famous photograph, “Guerilla Heroico”, captures Che in a defiant and heroic pose, and is an image now as instantly recognizable as the crucifix. Guevara was described by Pepe Gonzalez-Aguilar as “not a seducer, but seduction itself”. RTE has stock footage of the Argentine revolutionary being interviewed at Shannon Airport on a stopover. Although not a womanizer by any means, in this brief clip Ernesto seems more concerned with flirting with the young woman who is translating for him than answering the questions posed by the journalist about the recent assassination attempts on his life. Such sexual appeal is understandably manna-from-heaven for Hollywood film directors. Aside from Steven Sodenbergh’s critically successful but somewhat protracted “Che: Parts One and Two”, there have been numerous other attempts to capture the essence of his life in celluloid. Perhaps the most absurd effort consists of Omar Shariff taking on the part of the hero in “Che!” (1962). The Motorcycle Diaries (2006), based on Che’s chronicles of a life-changing trip across poverty-stricken South America is easily the most tender and moving example to date. The award for most inaccurate portayal, however, must surely be bestowed upon “Evita”. So glamorous were Eva Peron and Che that they were depicted in this musical as having a world-wind romance, played by Madonna and Antonio Banderas respectively. In reality, the two not only never met, but based on of some of his letters to friends, Che seemed to regard her with very little reverence indeed.

Although his magnetism and allure have clearly helped to accentuate his iconic status (after all, when has Hollywood ever made a film about Leon Trotsky?), it should be noted that his natural gifts went beyond the superficial. Che was intelligent and cultured, something which seemed to surprise those surveying him from Washington, as the FBI files on him chauvinistically note that he was “quite well read…. for a Latino”. Trilingual in Spanish, French and English (though he was somewhat self-conscious about ever speaking the latter in public), Che was also the significant military tactician in Fidel Castro’s guerilla warfare, and despite comically turning up at the wrong beach on the day of the Bay of Pigs invasion, was a rather accomplished soldier himself. He was also capable of learning on the job.  In the aftermath of the revolution, Castro was making a speech in front of a crowd of his supporters, in which he brought up the fact that he did not currently have a viable candidate for the post of Minister of Economy. He asked the crowd: “Is there an economist here?” Che enthusiastically stood up to Castro’s call, who promptly appointed him Minister of Economy without hesitation. After the speech, Castro enquired of Che: “I did not know you were an economist. I thought you were a doctor”. A confused Che responded, “Of course I’m not an economist. I thought you asked if there was a communist in the crowd”. Nonetheless, Guevara devoted himself to nine hours of economics lessons a day in addition to his other duties until he felt he had mastered sufficiently mastered the subject.

Much to the annoyance of the talk show host Glenn Beck, Korda’s photograph was silhouetted by an Irishman, Jim Fitzpatrick, and the resulting pop-art is now plastered on the t-shirts of millions of moody teenagers all around the world. Granted, many of these sexually confused adolescents are probably unaware of the identity of the man scowling out from their chest, but what a sweet victory for the martyred Argentine; the capitalist system churning out endless merchandise bearing the face of a communist radical whose legacy will now live on forever. Many of these obscurantist haranguers like Beck throw hissy fits at the romanticizing of Guevara by Hollywood. I once had the pleasure of tuning in to watch Beck interview Humberto Fontova on this very subject, and the exiled and disgraced Cuban writer tore into Che’s legacy, blasting him for imprisoning people for “listening to rock and roll”, and effectively setting up a “Stalinist dictatorship”. Aside from the fact that the former accusation is absurd and the latter merely laughable (to say Che detested Stalinism would be something of an understatement), it was nonetheless thrilling to watch such a pitiful spectacle of slander. Che’s defamers remain excellent entertainment, if only for the irate and incongruous mendacities they continue to spout. I hope this article enrages them.

Warmth emanates from every picture of the Comandante, and his handsome face will eternally remain a symbol for virtue and probity. Fontova baselessly asserts in “Exposing the Real Che Guevara and the Useful Idiots Who Idolise Him” that Ernesto’s last words before his death were “Do not shoot me. I am Che Guevera. I am worth more to you alive than dead”. However, most historical accounts are now generally in agreement that his parting diatribe was in fact this. “I know you are here to kill me. Shoot, coward, you are only going to kill a man”. These words, coupled with the image of him standing there, Christ-like, defiantly staring down his prospective assassin never fails in sending a shiver down my spine. The man who pulled that trigger was a Bolivian sergeant by the name of Mario Tehran. Five years ago, that same man had his sight repaired under a Cuban programme to offer free eye treatment across Latin America. Che gave up his life to see such compassion return to that continent, and it is remarkably pleasant to imagine the trademark picture watching over his legacy from a better place, as it has watched over so many teenage bedroom smooches.