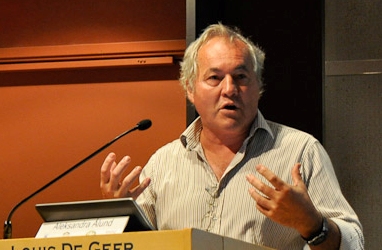 A new political movement has been launched by a group of academics at Dublin City University which seeks a number of sweeping reforms to third-level education in Ireland. Defend the Irish University, led by Professor Ronaldo Munck, is soon to launch a public petition to the Irish Government with a comprehensive ten-point agenda. The group’s formation is a reaction to what it calls “massive underfunding combined with commercialisation and managerialism” in Irish universities.

The charter’s extensive proposals aim to move third-level institutions away from what the group considers to be an economic approach to education, which they say has crept into public policy under  government budget cuts. The campaign also aims to ensure universities focus on the “dissemination of knowledge” and begin “engaging communities and addressing social disadvantage”, as well as transforming institutions into “dignified and collegial workplace[s] free of surveillance and control and the arbitrary degradation of working conditions” for academic staff. Creeping centralization and regulation of the Irish higher education system has also been targeted by the organization, stating that this simply prevents universities from creatively spreading knowledge.

The new campaign comes amid the controversy surrounding the new budget, which has cut funding to the education sector by €31 million for 2014. While the Government maintains that this remains vital to the economy, the move has seen a negative reaction from students, who have created a number of opposition campaigns to the move. Speaking to The University Times, Defend the Irish University stated that although the movement for this charter was founded by academics, they are encouraging as many students as possible to join the campaign and sign its petition for reform. They went on to say that “the arguments put forward here are of direct relevance to the lives of all of us engaged in academia and of relevance to the kind of society we wish to live in, in the future.”

Controversy has quickly sprung up around the campaign, with those in opposition stating that better university management benefits rather than hinders the education process, and viewing the petition’s ten aims as being excessively ideological. Given the nature of group’s ambitions, the debate in the coming weeks is likely to expand into the management style of the public sector as a whole, rather than simply universities.

For those interested in becoming involved, there will be a public launch of the Defend the Irish University Charter in Dublin at 11.30am on Monday November 25, 2013. The location is to be confirmed.