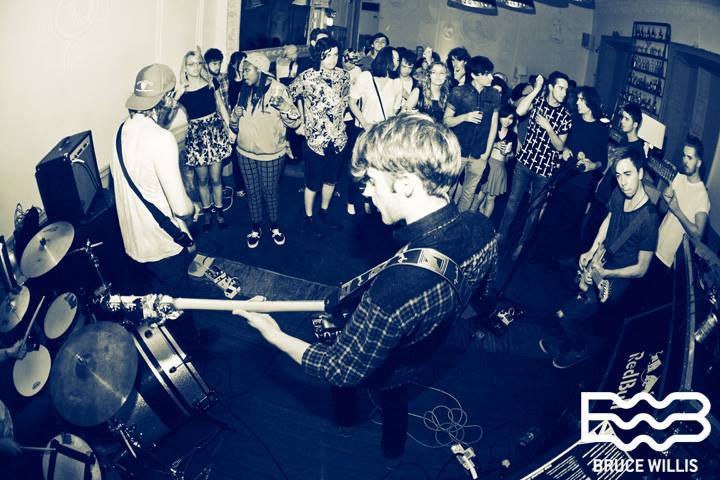 Following the interview with The Boxing Plot, I decided to talk to another student band about their experiences. Local four piece Otherkin is made up of Connor Wynne, a graduate of DCU, Rob Summons of Visual Communications in DIT, and Luke Reilly and David Anthony who study medicine in RCSI.

“When we’re free, we’ll launch straight into it and hopefully make our millions!”

What first hits you when you meet Otherkin is their dedication to a future in music: “It’s what we want to do for a living,” claims David. “When we’re free, we’ll launch straight into it and hopefully make our millions!” They can’t help but be defined by what they currently study: “at least design sort of helps, those two [in medicine] are sort of fucked,” explains Rob, laughing as Luke claims medicine will be “nice to fall back on,” and David confirms he’d love to listen to “dirty gangster rap” during surgery.

Their courses inevitably impact heavily on their ability to practice, although they admit “honestly, we make time by neglecting studies.” Conor reveals “the head of discipline in DCU asked me to drop out cause I paid no attention to my studies! It’s hard for us to make time, but we do it.” “Usually we practice really late, we go through spouts of being productive,” explains David, “like at the moment we’ve recorded lots, and have lots of material ready.”

Yet they admit that they fall victim to procrastination: “We usually practice really late. Even on the weekends, we meet early but then get drunk and end up starting late anyway. We often just end up talking about what we should do.” Their tough schedules leave them at a distinct disadvantage: “We don’t live that close, and Luke will often be on placement.” Yet this only serves to highlight their unrelenting dedication to their music: “We have a gig in Galway this week, and have to be back for college in the morning.” 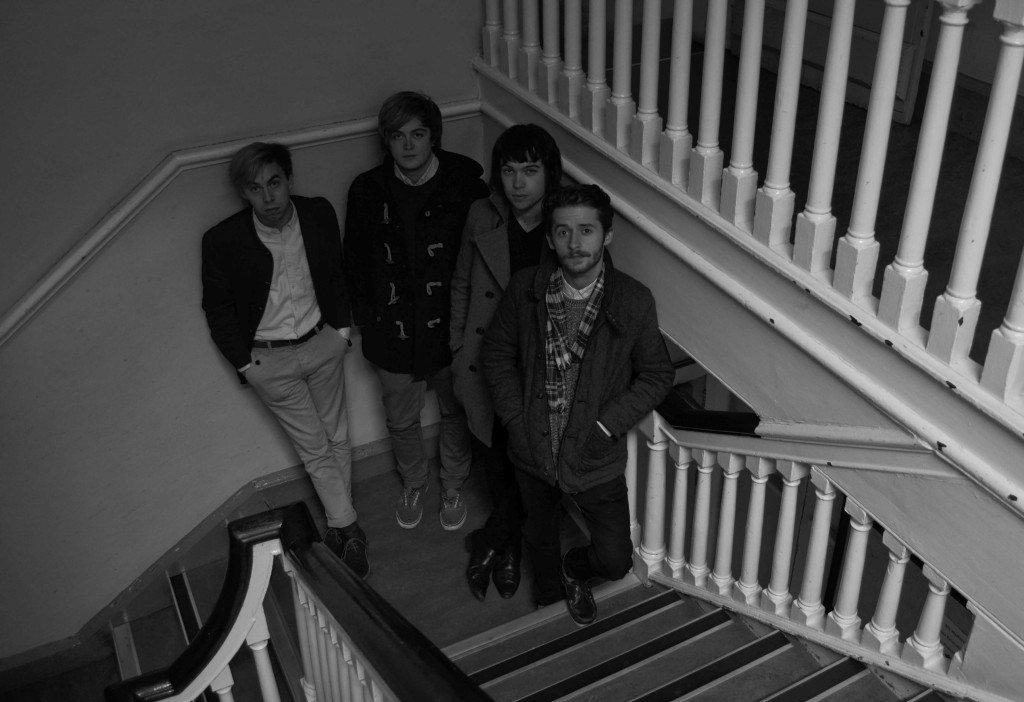 The foursome, from Dublin, Kildare and Meath have been consistently praised for their energetic live performances. Dublinconcerts.ie describe them as “heady, overwhelming and a hell of a lot of fun.” Art Rocker claims the group “brings real youth orientated rock back to the music venues of Dublin.” They’ve played Workmans, The Academy, Twisted Pepper and recently supported American band Parquet Courts in Whelans. “It’s always nice to hear, we take it on board, but we won’t change everything we do to satisfy [critics],” responds Conor when I ask them about the extent to which a review affects them, yet they admit they “need to be interesting live, or there’s no point.”

the group “brings real youth orientated rock back to the music venues of Dublin.”

The band formed when Conor, David and Luke spent a summer together in Canada in 2010, and spent time sitting on the porch and playing guitar. Rob and Conor then met online: “It was pretty seedy, straight up nudes,” Conor jokes, and responds to my comment that it’s like the MTV show Catfish with laughter, exclaiming “maybe that’s what we’ll call our next EP!”

The foursome explain that there are good bands in all colleges, but those that get involved with music societies tend to be just starting out, or “are only learning.” They comment on Trinity’s potential, “I went to DUAMS [Dublin University Alternative Music] society event here in Trinity, in The Atrium” remarked Luke. “It was a lot of fun, it would be a really good place for bands.” They admit that facilities for bands in Trinity may be lacking compared to other colleges: “RCSI has a really well equipped music room, and every semester all college bands get together in The Button Factory or The Academy. The college pays for it, and it’s a great opportunity.” “DIT is a bit shit for bands” adds Rob, “but that’s because there’s about a million campuses.”

They treasure music that’s done differently, “but not for the sake of it”

They openly admit to being pop fans: “when pop is done well, when it’s also sonically innovative, you can’t beat it,” claims Luke. “Take The Strokes, they dress up pop music with grit and angst, that’s what we like to do too,” David elaborates. They treasure music that’s done differently, “but not for the sake of it,” as Conor admits that elevator and soundtrack music is definitely a guilty pleasure, yet clearly they’re also concerned with serious themes. Their video for single ‘Lockjaw’ approaches the idea of depression, and single ’89 is inspired by De La Soul’s album ‘3 Feet High and Rising’, yet they inevitably stray back to their love of pop. “Glitter Hugs by Eli Kaldwell is the answer for all we do”, explains Rob, despite being surprised to learn that Eli is, in fact, “a dude.”

Otherkin took part in Trinity’s Battle of the Bands last year, with the hope of winning a spot on the Trinity Ball stage. “It wasn’t run too well, but we got some great connections out of it,” they admit. “The girl who won really deserved it, and of course the prize was amazing. Dave [Whelan] was really nice, but one of the judges was an asshole.” They view the experience in a positive light: “We couldn’t feel negative about any opportunity for Irish bands to play” they state, yet can’t help adding “but we didn’t fucking win though, did we?”

The band agree to let me capture them lounging on the House 6 stairs, before rushing off to practice in RCSI, ending the interview on the same note of dedication with which they started.

Otherkin play The Grand Social on Jan 10th and their new Double-A Side ‘II’ is released this week.