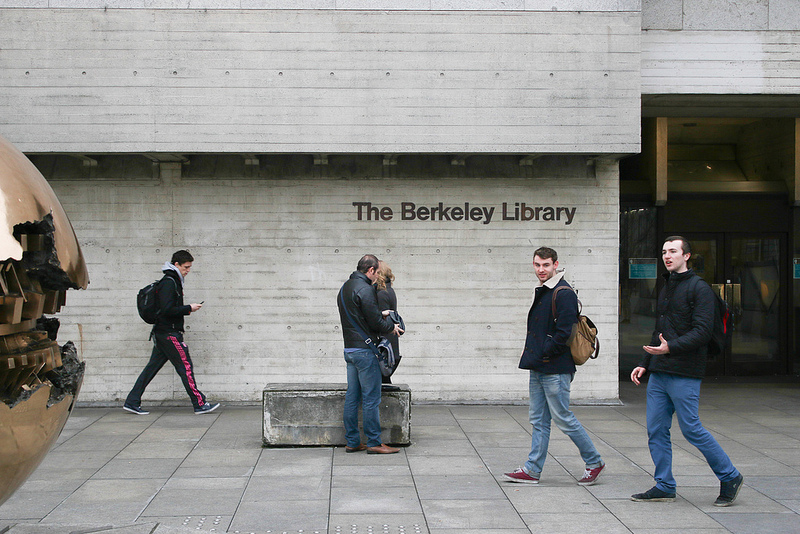 For art students each college term seems to be split in two; the first full of laughter, cheer and ambitious plans to start that essay six weeks early. Come the end of reading week, reality bites: none of the essays have been started, and cries of “help me write this essay” fill the air. Calendars are filled with impending deadlines week after week and lecture attendance collapses. This process is accepted as the norm amongst students and actively ignored by lecturers with an air of ignorance. Certainly, this is my own experience for the past two and a half years, and it seems unlikely to change. The system of intense periods of work is the result of both the ill preparation of students and the failure of lecturers and Schools to acknowledge that all modules wish to have their essays at the same time. The notion that continuous assessment should be obligatory in every module only serves to increase this pressure. Time devoted to essay writing is not delineated by the mark the topic is worth, rather based upon the length of the word count.

The result is varied, some relying upon last-minute splurges of excessive cramming, reading and writing, often resulting in doctored bibliographies citing obscure works, impossible for the TA to find. While others, presumably as the Professor’s desire, devote a week at a time to continuous work, committing to lengthy stretches of hard work. What is universal, however, is the human reaction to seek a remedy for this stress. The desire for a brief respite or a substance which helps ease the pressure has established almost ritualistic self-medication practices. The term self-medication infers a negative connotation, yet the physical aid is more often sought through the benefits of caffeine.

Its survival at the heart of student life is unparalleled, bar our penchant for excessive drinking

Caffeine is the world’s most widely used drug, alongside alcohol, it is unquestionably the most accepted. From energy drinks to cough syrup, it is synonymous with student living. While energy drinks are a staple of many late-night cramming sessions, coffee drinking is the more socially acceptable form. For many, the first coffee signifies the moment the day begins, yet it can also be used as a way to unwind and relax. Even in the 1970s, when Bewleys on Grafton Street was one of the few coffee shops in the city, Trinity students flocked there in their droves. Its survival at the heart of student life is unparalleled, bar our penchant for excessive drinking. Coffee consumption dramatically increases in quantity and reduces in quality as the levels of stress and pressure rise. The shortcoming of this is notorious amongst the student population, yet, sore stomachs and bad nights’ sleep are all willingly accepted in return for the immediate advantage coffee offers.

Vivian, 20, who has a self-confessed coffee dependency, averages two to three coffees daily. Now that the company she works for has recently introduced a office coffee delivery service, she’s able to drink as much coffee as she likes. As with most coffee lovers, for Vivian, it’s both a matter of taste and an initiator of social events. Both the social aspect and the chemical reaction become more desirable as the stress level and essay anxiety increase, thus the frequency of coffee breaks to rises. Once or twice a term, as essay deadlines get worryingly close, a pot of coffee becomes Vivian’s savior, keeping her alert all night long to successfully finish within the deadline. This process has a pretty obvious setback and the morning after is usually grim. It takes a few days to properly recover. Despite this, coffee is the link tying some of Vivian’s best memories, sharing stories with friends or writing and reading on her own. She would vehemently disagree with the recent reports that coffee inhibits the creative receptors in the brain.

This is the darker, rarely mentioned side of self-medication in Ireland

Caffeine is not the only way to increase one’s levels of concentration, with an ever-increasing amount of horror stories of the drug-enhanced rat race for grades in the US college system, the fear has spread to Europe. Illegal sale of Adderall, Modafinil and their substitutes created a booming black market trade in US colleges and is causing headaches for the establishment. This is the darker, rarely mentioned side of self-medication in Ireland. However, the reality in the US is not being replicated in Ireland; ADHD drugs haven’t gained much traction amongst Irish students. One of the primary reasons for this is the lower rates of diagnosis of attention disorders. The number of ADD and ADHD diagnoses in the US has reached such a high that the new American guidelines have caused concern amongst European doctors. In Ireland, the lower levels of ADHD disorders have the effect of keeping the drug out of normalized student behavior. It is unusual for a student to openly admitting using, even amongst friends. That said, as in the UK where these drugs are growing in popularity within the top universities, it is possible to obtain them illegally.

Tom, a second-year student, used ADHD medication once, when under stress from a looming essay deadline. There was no overwhelming feeling of focused attention, although he succeeded under the tight deadline in getting the essay finished.

“I can’t say I felt more focussed than I would have. For the essay where I used the drug, I’m pretty sure the looming deadline was the primary motivator.”

The combination of Modafinil, a lack of sleep and drinking large amounts of coffee led to a groggy, depressed experience the following day. For Tom, it was a situation in which he was willing to take any help that was available, and this was one such aid. Despite any uncertainties as to the effectiveness of the drug, Tom would be willing, under the same circumstances to use again.

Stress, whether self-inflicted or an institutional fact, is a part of life. Yet the stress that students undergo is often overlooked. While there are numerous other coping measures, some natural, some chemical, both ADHD medication and caffeine are taken with the intention of coping with the level of work, to ensure that they can concentrate. The reality of student life is that the lack of contact hours, the freedom to drink and socialize any night of the week and a whole host of other problems creates a system that places enormous pressure on students. Most of them are willing to accept any advantage.