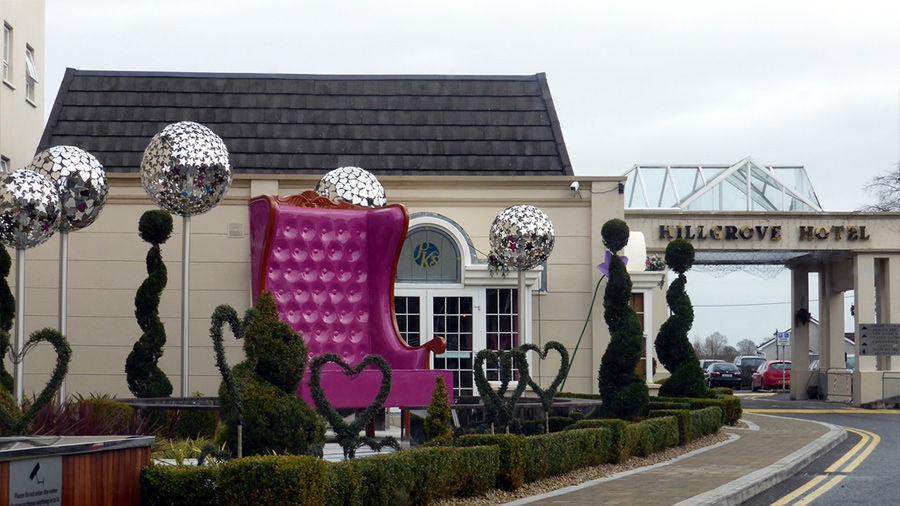 In November 2010, Ali Bracken reported in the Sunday Tribune that Garda whistleblower Maurice McCabe had filed a criminal complaint with the Garda Commissioner alleging that Assistant Commissioner Derek Byrne had physically restrained and falsely imprisoned him at the Hillgrove Hotel in Monaghan, on October 11th, 2010.

The article stated that McCabe had brought with him three boxes of documents printed from the Pulse system, containing evidence of Garda misconduct, and alleged abuse of the Pulse system, the computer records system used by Gardaí.

McCabe then told Byrne that he would pass the information on to an independent third-party, and allegedly attempted to leave with the boxes of documentation. According to the article, the complaint alleged that Byrne then “restrained him by the arm and shoulder to prevent him leaving the room”.

According to the article, the complaint alleged that Byrne then “restrained him by the arm and shoulder to prevent him leaving the room”

The article in the Tribune said that a member of the AGSI (Association of Garda Sergeants and Inspectors), a Garda Sergeant, then attempted to calm the situation. The University Times Magazine now understands that this Sergeant was Dominic Flynn, the current Mullingar Branch Secretary for the AGSI.

According to the Tribune piece, the complaint alleged that Byrne prevented McCabe from leaving a second time with the files, and that Byrne took the documents into his own possession. It was also reported that a fourth Garda, Chief Superintendent Terry McGinn, was present in the room.

Speaking to The University Times Magazine, John Wilson, another prominent Garda whistleblower, known for last year’s penalty points scandal, gave some brief additional details regarding the event, although he insisted that as he was not at the meeting, it was second-hand knowledge: “As far as I know, what happened was: he met the investigation team at night to get the results of the enquiries made into certain allegations he had made. And it became obvious to McCabe that the whole investigation had been a farce. And he brought in boxes of material to prove that there had been no real investigation into the allegations. And then he was forced to hand over the documentation, which contained a large number of Pulse printouts, detailing offences that had never been prosecuted.”

And it became obvious to McCabe that the whole investigation had been a farce.

Wilson used an example of falsification in relation to an illegal lock-in in a pub, and the expunging of records to remove evidence of such an event, to explain the type of falsification in the Pulse system that McCabe had evidence of. Regarding the specific evidence that McCabe had, he said: “Hundreds of records were allegedly falsified. The material that Byrne seized was sent back to the various Garda districts and then after that they were allegedly all altered.”

The Tribune reported that they understood that the then-Deputy Commissioner, Nacie Rice, was appointed to conduct an investigation into the criminal complaint McCabe had filed regarding the alleged incident at the Hillgrove Hotel.

In a response to a University Times Magazine query regarding any conclusion to such an investigation, the Garda Press Office declined to comment, as they claimed the incident “may form part or [sic] one or more of these [ongoing] enquiries and as such we cannot comment.”

The practice of Gardaí investigating Gardaí is perverse really.