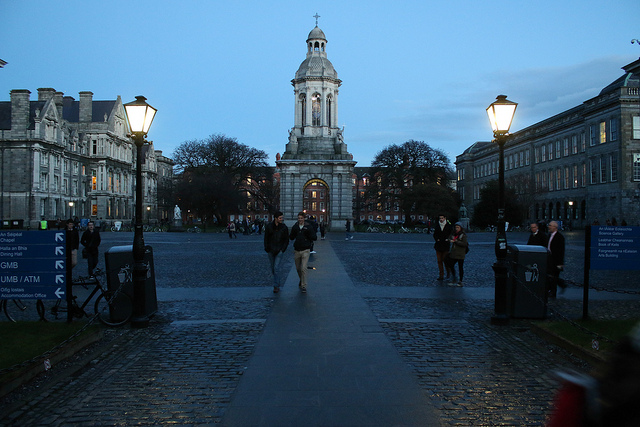 The term “student” is rarely a permanent descriptor of a person – even if some would argue it should always be. Every year Fresher’s Week reminds me of this fact, as each wave of newcomers makes it increasingly difficult to spot a familiar face. Older friends have moved on to other stages of their lives, while the relationships that remain are often splintered by the escalating demands of academic life, societies, and studying abroad. For many students, including me, it can be difficult to see the common ground amidst all of the glaring differences.

As a hub of thought and action, however, the student body is not a transient concept. Despite the fact that a first year out in Halls might have a very different perception of Trinity from a fourth year hunkered down in the library, the broader constants of student life generally remain as such. That is why this paper strives to not only inform students about what is going on at their university, but also to foster a constructive dialogue around improving the student experience. The University Times hopes to encourage and develop new voices within the student movement while also entertaining and informing our readers. But there are, of course, many other ways to get involved.

The connections made through these micro social interactions can become the basis for action: joining a society, forming a society, taking an interest or idea and using it to make a difference.

One (and probably the only) reason I love Fresher’s Week is that it provides a tangible, visual representation of our entire student community. People from wildly different ethnic, cultural, and economic backgrounds, studying courses separated by both geography and content, can stand around together finding common ground. That ground might be a shared interest in politics, concerns about finding accommodation, or just having a laugh at the ridiculous state of Trinity’s rebranding initiative. The connections made through these micro social interactions can become the basis for action: joining a society, forming a society, taking an interest or idea and using it to make a difference.

The most important word in that last sentence is “can”. This time of year probably attracts the highest concentration of unmet personal resolutions apart from New Year’s Eve – “I am going to go to all my lectures, I am not going to procrastinate, I am going to get involved in college,” etc. When those promises eventually fade in the stark light of reality, it’s tempting to wonder why they did so or, more worryingly, to accept it as inevitable. The answer may not be as complicated as you think.

Virtually all student groups, especially at Trinity, are inherently “grassroots” organisations. The people at the top of such groups are there primarily because of the interest and commitment they have shown toward a common goal. Notice that says “common” goal, not self-interest. While self-interest must play a part in any decision, the primary trait shared by those most prominent in student life is a dedication to making the university better for their peers. Think about it: you know the president of the Philosophical Society because she brings Amy Poehler to your doorstep, you know your class reps because they organise nights out, and you know the students’ union officers because they keep the Provost from charging you 20 quid to breathe on campus. These people, while very bright and talented in their own right, distinguish themselves primarily by what they do for others and why they choose to do it.

Consider the value that can be gained by making a lasting impression on the experience of others.

All of the above should be encouraging. Getting involved is more about a change of mindset than one of behaviour. It’s easy to sympathise with student apathy when only looking at the context of the individual. After setting out to commit your time and energy to a certain pursuit, you start to realise what little time you actually have in college. From there it is natural to wonder if there are other things you’d be better off focusing on instead, like partying, studying, or just sleeping more. Finding the right balance of all these is crucial, but, for those looking to make the most of their time at Trinity, it may not be enough. It is equally important to consider the value that can be gained by making a lasting impression on the experience of others. There are an endless number of ways to get involved: all that’s needed is a little effort and the right perspective.