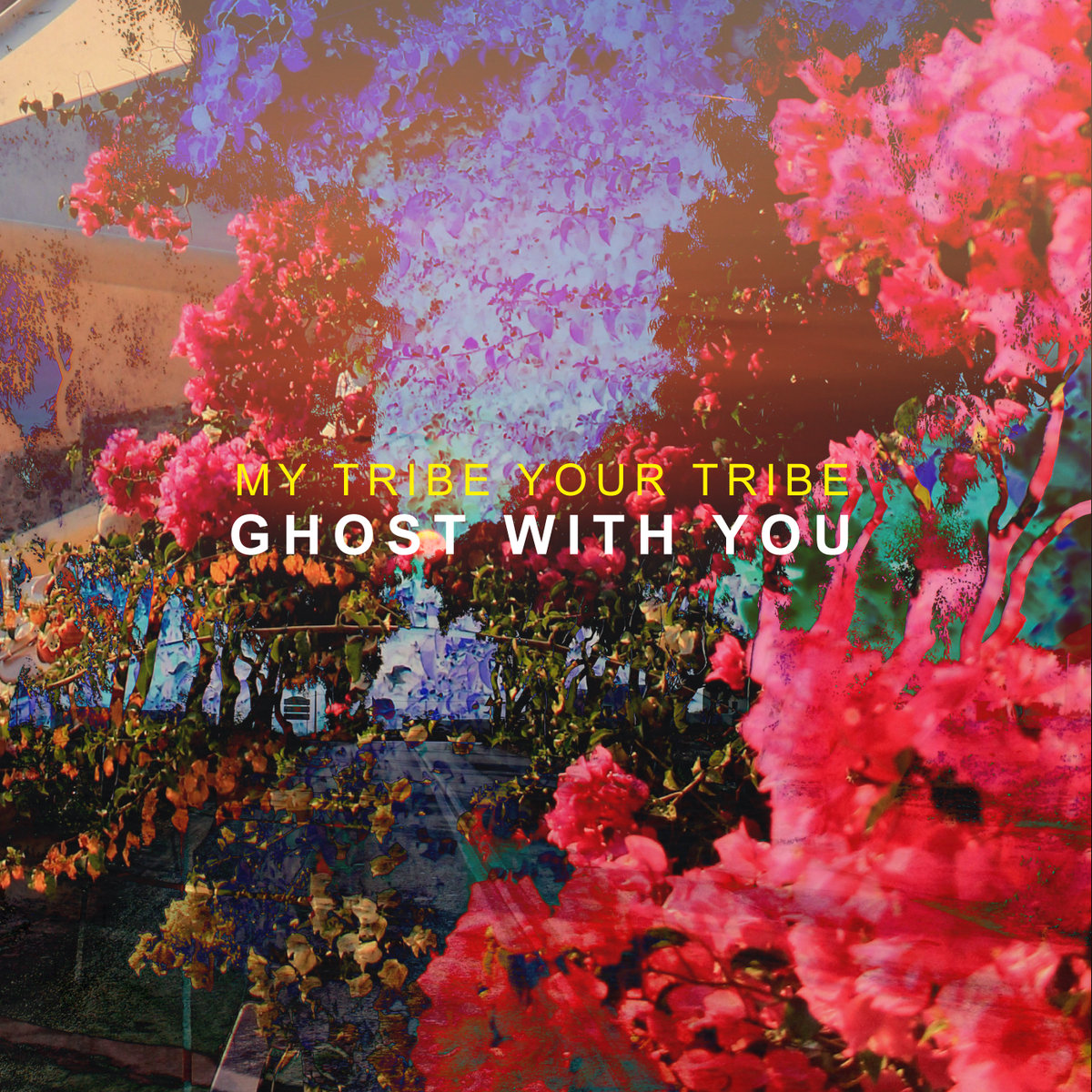 Dublin band My Tribe, Your Tribe have had the kind of year any new band on the Irish music scene want. With three new singles released, most recently Ghost with You, and slots at festival after festival including Electric Picnic and Hard Working Class Heroes, the band have kicked off their carer in stellar style.

Comprised of George Mercer, guitar bass and synth; Tod Doyle, drums and backing vocals; and Colm Daffy, guitar, bass and backing vocals. In light of their rapidly rising status, we got in touch George to find out what My Tribe, Your Tribe are all about.

How would you describe your sound as a band?

We’ve been described as dark pop recently, which we thought suited, but if we had to give our own answer, we’d probably call ourselves alternative-indie or art-rock, but it’s probably a bit pretentious to call yourselves art-rock! We try not to pigeonhole ourselves stylistically, as we can swing wildly from electro-moments to garage-rock/punk styles. We’re trying to let it all happen naturally.

You released three singles in 2015, with the latest being Ghost with You. Your debut album is due for release next year. What should we expect from it?

A diverse mix of songs ranging from heavy hitting synth tracks to garage-style guitar riffs and some more delicate sounding tracks too. We’ve been testing out the album material by dropping songs into our live set. We can demo tracks at home, and in rehearsals, but it’s only once we’re in front of a live crowd that we really start to feel out where the songs need to go structurally or energetically. We want this album to capture that. When we started writing the album, we were trying to push more into a smoother electronic territory, but at some point, we started experimenting by letting guitars get louder and letting songs go down the more organic band route, and we started sensing that we were starting to make our own sounds, and not what we felt we should do and it felt good.

What was the inspiration behind Ghost with You?

It is somewhat based on a near-death-experience. I heard someone talking about being on their hospital bed having visions of time slowing down, rain falling really slowly, and then being called back to life, to show love for their family. While the song isn’t exclusively about that, it’s kind of about the spiritual side of life, and the wanting to reconnect with people even if the odds are against you.

You’ve had high praise from popular Irish music blogs and magazines, like Nialler9, The Last Mixed Tape and The Thin Air. How does that feel for you, does it put pressure on you, or is it exciting?

We’re happy to have been supported in the way that we have been so far, and yeah, it’s been a really exciting year for us. We don’t really feel any particular pressure from the exposure we’ve received just yet as we can only see the positive in any support were given. For us we still feel fresh on the scene, and we have so much new material that we’re really excited about platforming on these blogs.

You’ve played a lot of festivals in the last year, including Electric Picnic, Body and Soul, and Hard Working Class Heroes. How do you find the festival scene compared to playing your own show?

The festival scene is really healthy for us. We get chucked in front of a new crowd each gig. The bands that we get to see at each festival definitely influence our songwriting. People are in a totally different head-space at festivals too. The hesitancy or shyness you can sometimes get in venues just seems to disappear. There have been a couple of occasions where we are stuck into a gig on-stage and we have no idea what the crowds doing until halfway through the song we  look out to realize that everybody is up dancing and we had no idea.

Do you have any other upcoming gigs?

We’re supporting The Academic in Kavanagh’s, Portlaoise on November 14th and have another two but we haven’t announced yet!

Finally, if you were a ghost, what would you haunt?

Whoever keeps buying out all the jeans in my size, there’s never any left and it makes me sad. If you ever get that shudder down your back in the men’s trousers aisle…you’ll know it’s the tribe…