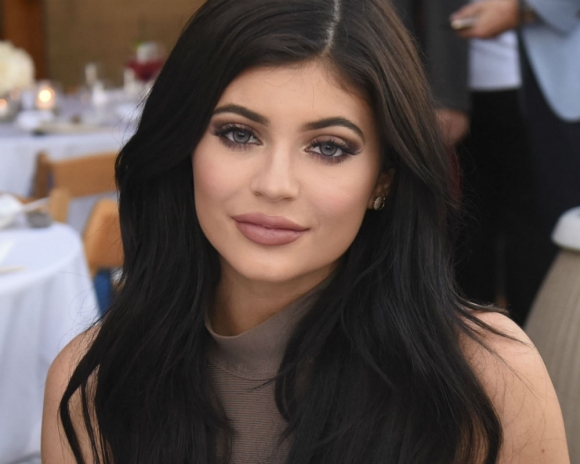 The Kardashians, along with their body parts, seem to have a talent for making headlines. First Kim “broke the internet” when she went bare for Paper magazine. Then, last March, it was Kylie’s lips that became an instant pop culture sensation. This led to a surge in people attempting the “Kylie Jenner lip challenge” online in the hopes that their lips could look just as plump and selfie-ready as hers do – to the amusement of those on the sidelines that did not get involved. As these 2020 cosmetic surgery statistics show, cosmetic surgery is on the rise, and the Kardashian’s may have something to do with this. They are constantly showing off their fantastic bodies, making thousands of women across the world, want to change their bodies to look like them. Although, this excitement seemed to fade somewhat when the news broke that her lips had actually been artificially enhanced by cosmetic surgery. It was also rumoured that one of Kylie’s sisters visited Michigan’s rhinoplasty surgeon to change her nose shape. However, it hasn’t yet been confirmed whether any surgery was carried out. Kylie’s lips seem to have a reputation of their own, and now with Monday’s release of the Kylie Jenner lip kit they have an Instagram of their own, too. The Instagram page tagged @lipkitbykylie gained a population of nearly half a million within the first 24 hours of being created. Not only does her social media following, called “Team Kylie”, stay loyal with their likes and adoring comments, they have also been active in purchasing the products. This resulted in the site crashing and the range itself selling out in just thirty seconds. I’ve had Snapchat stories that lasted longer than that. If this doesn’t prove the unstoppable force of the Kardashian/Jenner brand, then I don’t know what does.

The Kardashian girls may not be talented in the conventional sense of the word, but they are business savvy and know exactly how to make you buy the things you never knew you needed. Kylie, the youngest sister at just eighteen years old, is adding the lip kit to her already established beauty empire. She also released hair extensions last year and shows no signs of slowing down. The reality star, along with manager and mother Kris, made an appearance at the LA Dash store to launch the lip kit range on November 30th. Along with this press launch, the star has made genius use of her Instagram account for marketing, where information trickled through to the public picture by picture, providing details on the product and creating hysteria among fans. She also posted lots of pictures and info on her Instagram story, although these were only live for 24 hours (unless you have this app that allows you to save people’s instagram stories for your own viewing). The Kardashian/Jenner family know how to use social media to their advantage. Just take a look at their following and the impact they have made on many industries. If someone who wasn’t as famous as they were tried building their social platforms, it would take longer and we may find it quite difficult to grow it organically. No wonder why people who are inspired by Kylie and her family have opted to look into sites like https://buzzoid.com, in order to at least try and build their online presence and help increase their following. Everything takes time, even if you a Jenner. When it comes to Kylie’s lip kits, the packaging was initially released to her Instagram account with the caption “24 hours” (referring to the time until its release). It is sleek and minimal with a nude colour palette accompanied by black text. The graphic, which appears on the front of the box, is in fact Kylie’s infamous lips posed in their usual sultry manner. The image appears in such a way that they expose what appears to be a metal grill covering her bottom teeth. This could be Tyga’s influence on her coming through. While the Kardashians are known for releasing a product and just sticking their brand name on it with very little other input, the lip kit seems to be more thought out. The product and packaging are to a very high standard and include a matte liquid lipstick and a lip liner in three shades. Two hours into the social media campaign a picture of what looked like a patch test of all three colours was posted, captioned with the names of the three natural shades called Dolce K, Candy K and True Brown K. The colours of these appear to match any mood and skin tone you might have. While Dolce K and Candy K appear to be standing out as the fan favourites of the three shades, all three are designed so that each person who wears them is blessed with the gift of Kylie Jenner’s lips. Or that’s the intention at least.

Reactions on Twitter were mixed. While some couldn’t contain their excitement, others expressed outrage with the price and confusion over the whole buying process, given the complications with the website crashing. Even The X Factor‘s Stacey Solomon pitched into the Twitter debate to express her desire for them as a Christmas present. While the product has not yet reached the hands of consumers, some lucky people have had the chance to review the range. While they reported that the “Liquid Lipstick” was easy to apply, they described it more as a gloss and felt that True Brown K did not suit them, which was expected. After only a few minutes the lipstick started to “crumble and peel off”. While the kits sold at $29.99 on the official website, independent sellers are now taking advantage of the high demand on eBay where the lip kits are ten times the original price, with bids starting at up to $290, just hours after they went out of stock on the official website. Given the large and positive reaction, Kylie took to Twitter yesterday evening to announce that there will be a rerelease of the lip kits before Christmas. So if you are so inclined, you still have a chance to get your hands on one of these.