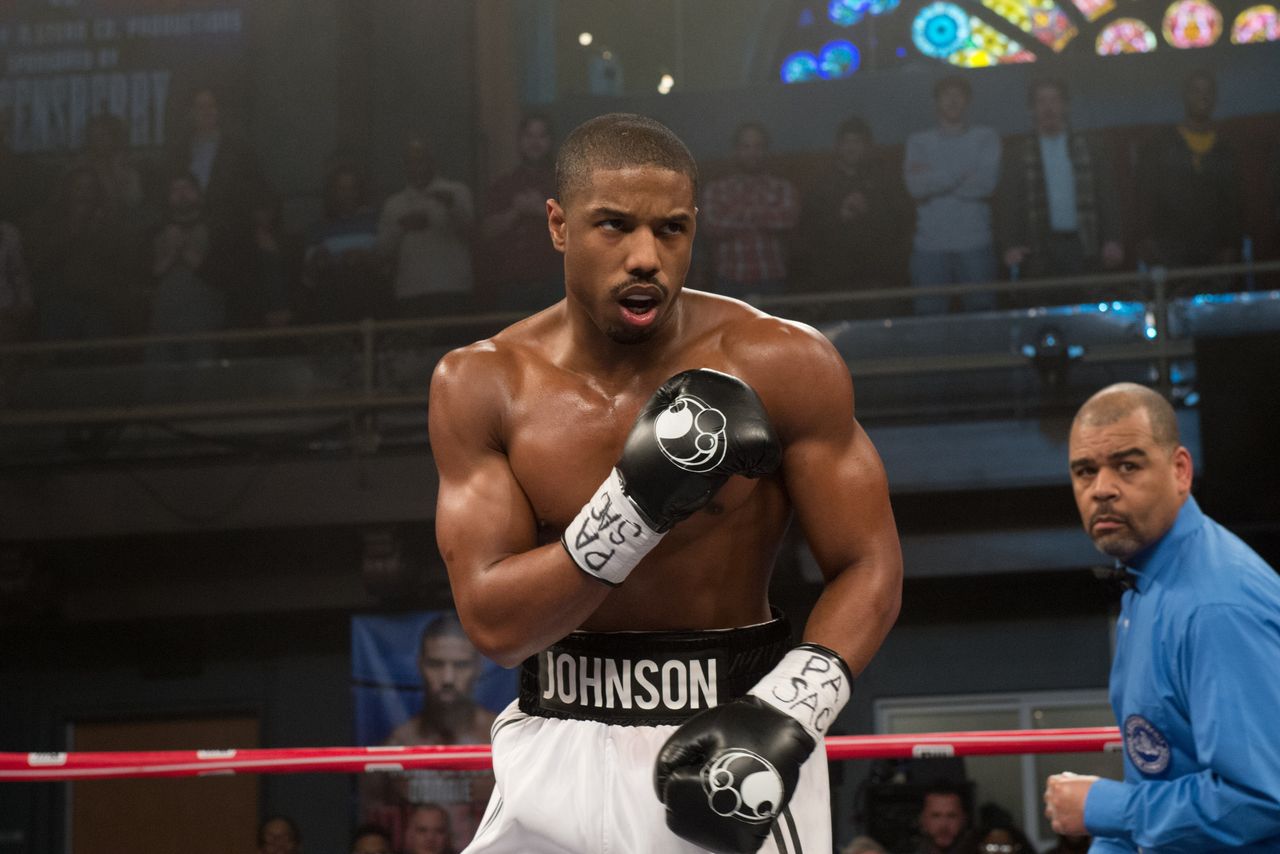 Still reeling from the political turmoil following the Watergate Scandal and the repercussions of the Vietnam War, America in 1976 suffered from a punctured and disenchanted spirit. The US desperately needed a hero. The national antidote and worldwide pick-me-up came in the form of a brooding Italian stallion. The trials and tribulations of a sentimental fighter resonated with the masses. Against all odds, Rocky won the 1976 Oscar for best picture, yet each subsequent film in the Rocky franchise brought with it its own subsidiary degree of degradation to such an extent that it gradually tarnished the essence and vigour of the original. It disappointingly became a parody of itself, with Sylvester Stallone unrelenting in his dubious quest to squeeze and exhaust the franchise to the point of depletion. Audiences, therefore, could be forgiven for approaching Creed with justifiable trepidation. However, Ryan Coogler’s direction deserves significant adulation for taking heed of Stallone’s past mistakes and for bringing the story back to its roots.

In Los Angeles in 1998, young Adonis Creed (Michael B. Jordan) wreaks havoc in a Juvenile Correctional Facility. The love child of the late boxer, the legendary Apollo Creed, he finds himself alone, struggling with an inherent inclination to fight. The tortured orphan is rescued by his father’s wealthy widow and she takes him into her care. After living a sheltered life, in his 20s, Adonis grows dissatisfied with his menial financial services job. He wants praise and recognition of his own, rather than to live in the shadow of his father, and he, thus, announces his intention to box professionally. Jordan commendably internalizes the anguished struggles of Adonis, accurately displaying the truth of youthful resolution and determination. He abruptly uproots himself from the opulent confines of Los Angeles, setting his sights on Philadelphia. Like his father before him, Adonis Creed seeks out Philadelphia’s golden boy, Rocky.

While Scorsese’s Raging Bull articulates the artistic depiction of boxing, Creed’s ringside portrayal gracefully balances art with gripping reality. Single steadicam shots command the discourse throughout matches. The elongated shots illuminate Coogler’s impeccable coordination and visionary standpoint, acting like a third eye within the ring. Jordan is outstanding as a tortured young fighter, taking on a role within an over-extended franchise with unflinching tenacity. Meanwhile, Stallone takes a dignified backseat, remaining in the wings and regularly deploying just the right amount of comic relief.

Essentially, the film is the 21st century’s interpretation of Rocky. As part of one of the world’s most-prolonged movie franchises, with different direction, Creed could have easily become just another rung on the ladder of box-office flops. Yet, the modernization deployed is delicately handled, not overbearing or meddlesome. The soul of the story remains, only the margins of the body have been altered. The use of Adonis’s love interest, Bianca, as a companion, with her own vocation and personal struggles as a musician, is a nice touch, and it hints at the amount of time that has passed since we saw Rocky’s love interest on screen. The love interest role, depicted as simply the wife and the sidekick with Adrian, is revolutionized in Bianca. She flourishes on screen, portrayed as a welcomed equal in our eyes.

This is not to say that the film is not without its flaws. Commentary from American news anchors dictate the dialogue of the fight sequences. The brash commentary was regularly draining and tiresome, succeeding only in cheapening the atmosphere. While something of a minor critique, the film frequently comes across as too bright and fluffy. While the fighting and training sequences are exquisite, the remainder of the film does not follow suit. The cinematography appears disillusioned without direction. It lacks the animalistic grit of Raging Bull or the raw depiction of a boxer’s strife in Rocky. These discrepancies, however, are minor in their impact.

Perhaps it’s the inconspicuous weaving of modernization into a historic story that propels Creed into its greatness. Perhaps the acclaim lies with the spark of Coogler and Covington’s work on the screenplay, the first in the series left untouched by Stallone. While hearty references to the original prevail – cherished turtles in their tanks and stern warnings that “women weaken legs” – it manages to strike the optimal balance between allegiance to the original and the incorporation of new ideas. While windows of opportunity remain open for subsequent sequels, the Creed franchise must tread carefully to ensure it does not sell its soul as frivolously as Rocky did.