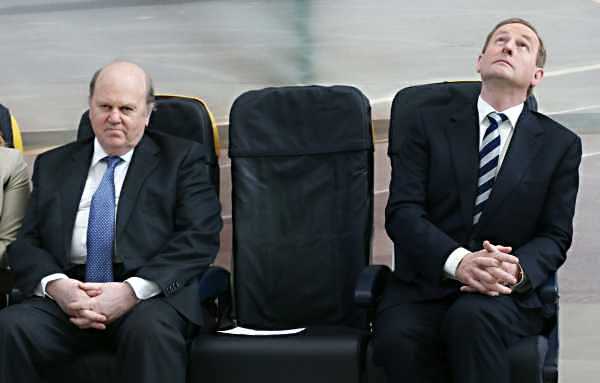 The 2016 General Election will be the first to be conducted under the Electoral (Amendment) (Political Funding) Act 2012, which requires parties to support female candidates in order to avoid losing almost half of their state funding. The new legislation seeks to ensure that women achieve a degree of representation in the Dáil that is more proportionate to their numbers in society.

The decision to introduce these gender quotas shows the value we place on descriptive representation – the idea that, in order to best understand and protect the interests of society, our politicians should resemble that society in certain politicised characteristics. Women, for example, are ideally placed to understand the problems that other women face, aiding the Dáil in making informed decisions to address those problems. As well as effectively aggregating information, these quotas also serve to enhance legitimacy. A legislature that has members more closely resembling Irish society is more likely to earn the trust of that society, particularly where its representative composition demonstrates a commitment to equality, allowing people of all backgrounds to have the opportunity to achieve public office.

The renewed commitment to descriptive representation, evidenced by the new legislation, raises questions about further representative disparities in an immensely homogeneous lower house. Young people are strikingly absent in the Dáil, with only two TDs currently under the age of 30, constituting only one per cent of the House, compared to the 42 per cent of the population that is in that age category. The underrepresentation of young people is far greater even than that of women, who hold 16 per cent of seats on the part of one half of the population. Disproportionality of this scale requires us to ask why young people are so conspicuously absent in Leinster House and indeed whether or not this disproportionality poses problems for Irish democracy.

The underrepresentation of young people is far greater even than that of women, who hold 16 per cent of seats on the part of one half of the population

The first potential cause stems from the preferences of voters themselves. It may be the case that the electorate favour older candidates and disapprove of the idea of young people representing them. However, Simon Harris, Minister of State at the Department of Finance does not believe this to be the case “I found that people responded well to my age”, Harris told The University Times regarding his campaign for election to Wicklow County Council in 2009 and to the Dáil in 2011, adding, “if anything, I think it was generally a positive.” Harris is the youngest TD in the 31st Dáil.

This appears to be corroborated by analysis of the last general election in 2011 by Adrian Kavanagh of Maynooth University that does not seem to support any systematic bias against young candidates. Only 12 per cent of candidates in 2011 were drawn from the half of the population that is under the age of 35, although 15 per cent of the subsequently elected TDs fell into this age category upon accession to office. This suggests that young candidates are not disadvantaged on account of their age and that, on the contrary, they are elected in greater proportions than they are found on the ballot paper. When young people are presented as candidates for political office, the electorate appear at least as content to support them as their older counterparts.

Perhaps then there is a dearth of young people putting themselves forward for election. “People don’t necessarily get involved with their political parties until they’re older”, Kevin Donoghue, the president of the Union of Students of Ireland explained to The University Times. However, the lack of younger candidates may be driven by other factors, particularly given that young people are denied the opportunity to even be found on the ballot paper until the age of 21. This restriction is more than a legal codification of the practical impossibility of people below that age achieving office, as in the absence of that restriction in the UK, 20-year-old Mhairi Black was elected to the House of Commons last summer. More young people may seek election if they are permitted, a reality our constitution apparently seeks to avoid, by further prohibiting all those under the age of 35 from running for the presidency, something that was reasserted by the failed referendum to reduce this age limit last year.

When young people are presented as candidates for political office, the electorate appear at least as content to support them as their older counterparts

Political parties may carry some of the blame for this representative disparity. Donoghue suggests that “the way in which the system operates means that it would be difficult for young people to become representatives in the first instance in terms of building their profile”. Political parties may see younger candidates as disadvantaged therefore and favour older candidates. However Donoghue further explains that it is most likely “a little bit more complicated than people just not wanting young people to run”. Harris is of a similar view, revealing: “I also found that my political party were supportive and that, in general, political parties are usually eager to ‘re-generate’ and encourage new candidates.” The reality of electoral strategies require parties to balance renewal through new, younger candidates and taking advantage of the support bases of incumbent TDs. However, given the minuscule proportion of young candidates combined with the apparent pro-youth biases of the electorate, it seems that the Irish political establishment has erred somewhat in the favour of the old guard.

Does this underrepresentation matter? It may be that young people are ill-equipped for political work, lacking as they do the more expansive life experience of their older counterparts. However, just how crucial can any amount of amorphous “life experience” be to the reality of legislative work. “There’s a steep learning curve for any newly elected politician,” Prof Gail McElroy, head of the School of Social Sciences and Philosophy, tells The University Times: “There’s nothing that prepares you for the cut-and-thrust of politics.” Life experience beyond the realm of politics seems to do more to shape a representative’s political preferences than teach them how to legislate. Therefore it is not the amount of life experience that a politician has that is important, but rather the type of experience they have. This ensures that a broad range of interests can have access to power and influence.

McElroy further notes that because of this, “diversity in general is a good idea”. This makes the contribution of a greater number of young people even more constructive, as young people live their lives in a manner that is in many ways distinct from that of their parents, and thus have sectional interests of their own. Serving as a central stakeholder in the education system is just one of the ways in which the interests of the young are not always the same as older age cohorts. If we are to dismiss young people as incapable of political office, we risk leaving these interests and these issues off the parliamentary agenda, in the same way that a lower house composed almost exclusively of men is quite likely to miss the opportunity to deal with essential problems facing women.

Given the minuscule proportion of young candidates combined with the apparent pro-youth biases of the electorate, it seems that the Irish political establishment has erred somewhat in the favour of the old guard

What then is there to be done to moderate an increasingly gerontocratic Dáil? Any solution would have to address a combination of the relative lack of political participation of young people and the candidate-selection methods of parties. McElroy suggests that a more proactive approach from political parties is needed: “If parties are genuinely interested in having more young people run they need to have more training workshops and talent manage young people.” In the same way that parties sought more women to serve as candidates in the general election, so too must they directly engage with young people. Youth branches of parties in local communities and universities are the first step towards this, but the need to cultivate the political skill of young people through more classes and workshops remains. The effectiveness of any potential candidate quotas, similar to those that have been introduced for gender, depends on this direct recruitment and development of young politicians. Furthermore, removing the arbitrary age barriers to election of 21 for TDs and 35 for the presidency can represent a powerful statement of inclusiveness as well as providing practical opportunities for young people to seek office.

A recent realignment of political priorities in favour of descriptive representation is undoubtedly a positive development. It is, however, one that demands a holistic approach to the homogeneity of Irish politics and the people at its centre, focusing on a broader range of characteristics. Gender, age and race are just some of the politicised differences that should be evidenced by our politicians. In a country where inclusion, diversity and equality are valued, a parliament ought to be society in microcosm. It is only in approaching this ideal that the Dáil can prove itself to be an accessible institution and one that necessarily has the interests of society at its heart.