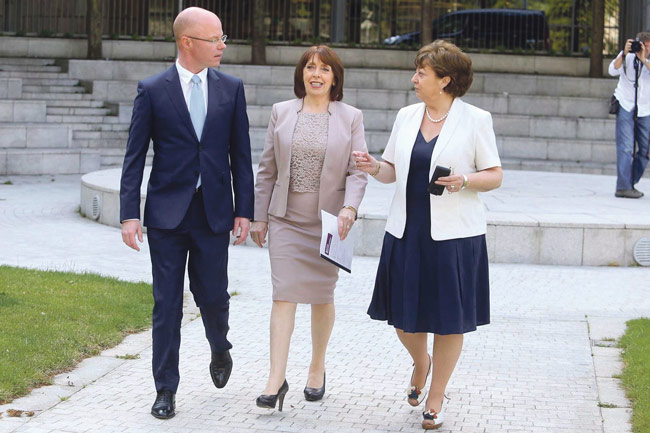 Politicians in Ireland need to start thinking long-term about how we deal with the third-level sector. While politicians are happy to talk about the reduction of fees, or improving access to education, they rarely talk about investing in the institutions themselves.

They talk in terms of cost to students, but not in terms of how much is invested in each student. In real terms, investment per student has dropped considerably over the last ten years. From a high point of €10,700, funding has dropped to roughly €8,200 per student.

This has caused university rankings to plummet, with private investment filling the hole left by public funds. This means that less time is spent on basic research, and more on work for private companies. This means that lecturers have less time to give you. This leads to reduced access to third-level education for those who want to avail of it.

We would also introduce rent certainty and take measures to ensure secure occupancy for those who have already found accommodation.

As a student, you have a responsibility not just to maximise what you gain from your education, but to ensure that your college maintains its reputation. Your Students’ Union does amazing work in this regard, as do the lecturers and university staff, but we need politicians’ support. In our Budget 2016, the Social Democrats proposed a 10 per cent increase in spending in higher education. This would go to addressing the problems faced by universities, such as preventing the rising student–staff ratio and the expected increase in numbers attending, as well as ensuring that students have access to the equipment and books that they need.

If politicians can finally hold up their side of the bargain and support third-level education in the way that it deserves, then the knock-on effects for the economy would be massive.

The Social Democrats do not believe that the student body should shoulder all of the burden in this process. For example, we would reduce the student contribution from €3,000 to €2,000 over the lifetime of the next government. We would tackle the student housing crisis through the creation of a Department of Housing, Communities and Planning which would introduce a number of measures to address both the shortage and cost of units. We would also introduce rent certainty and take measures to ensure secure occupancy for those who have already found accommodation.

If politicians can finally hold up their side of the bargain and support third-level education in the way that it deserves, then the knock-on effects for the economy would be massive. Graduates earn an average of 75 per cent more over their lifetimes than those without a third-level education. My time at university served me very well and everyone deserves that opportunity.

In essence, we believe in reducing the cost of living rather than eroding the tax base. That means having the money to invest in services and reduce the cost of living in a sustainable way rather than offering bribes to the electorate. That means that instead of loading students with debt in order to attend college and earn the benefits it brings, we are enabling them to study without the stress of an overdraft and long-term financial burdens.

The reason that I am writing this is because other politicians believe that you will not vote. I know that this is not the case. We have already seen in both the “Yes Equality” campaign and the debates that I have attended over the last few months that Ireland’s student body is engaged, active and demanding change.

Please prove them wrong. Vote for a party which is not just offering the biggest cash prize, but who will also approach the third-level sector with the energy and planning it deserves. With student numbers set to increase to 200,000 by 2025, we urgently need to address these problems.

Stephen Donnelly is the co-leader of the Social Democrats and a TD.