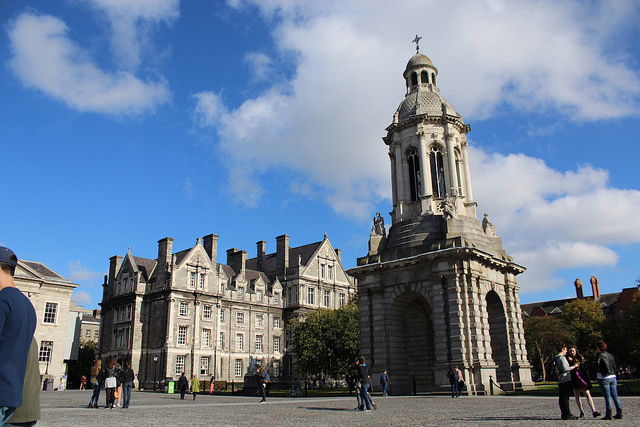 A report by a major UK consulting firm has found that Trinity’s infrastructure has not been optimised and lags behind other universities when it comes to student spaces, The University Times has learned.

As part of a wide-ranging review into the state of the College’s campus and estates, Turnberry Consulting concluded that Trinity’s campus is not presented to its “maximum potential” and recommended a large number of improvements and the implementation of an “estates strategy”.

One of the most significant aspects of the report, which was discussed at a meeting of the College Board on February 24th, is the criticism that Trinity offers “low residential provision” in comparison to other similar universities. This is currently being addressed by College in the development of the €52 million Oisín House accommodation project, which was granted planning permission recently.

The report recommends that College conduct a feasibility study on how to improve the facilities in the Arts Block and the Hamilton. It states that with “modest investment”, these areas could be dramatically improved for use by students and staff. Saying that Trinity has a “traditional approach to learning”, the report noted that Trinity was behind other comparable universities when it came to offering “informal breakout and education spaces”.

It also points to Trinity’s “sub-optimal” use of current lecture theatres and reflective spaces. This is problematic, according to the report, because students are becoming increasingly intolerant of outdated resources.

While noting that Trinity is ranked amongst the best historical campuses in the world, the report also criticised the current approach College takes to estates management, such as how maintenance of areas of College has been deferred.

The report points to the emphasis that has been placed on large-scale projects in recent years as something that has contributed towards a decline in smaller, and much-needed, refurbishment projects. Indeed, the report criticises the fact that college infrastructure has not been not optimised in Trinity, which has led to the campus not achieving its full potential. The provision of on-campus parking facilities is inhibiting further development, the report says.

In an email statement to The University Times, the Bursar and Director of Strategic Innovation, Prof Veronica Campbell, emphasised that the recommendations of the Turnberry report will “assist the university with the development of a campus strategy and thereafter a campus masterplan”.

A new approach to estates management was one of the core aims of Trinity’s 2014–2019 strategic plan, which outlines College’s aim to “reconfigure spaces in the Berkeley, Lecky, Ussher and Hamilton libraries”. It also commits the university to providing “new buildings and refurbish existing ones to incorporate spaces for small-group teaching, collaborative working and student congregation”.

As part of the report, staff from Turnberry Consulting visited College to conduct interviews and compile a number of case studies, which they used to compare Trinity’s infrastructure to those of other universities around the world.

The company, which has offices in London and Washington, has advised numerous education institutions, like the University of Oxford and the University of Edinburgh, on long-term estate strategies and projects.

The report will support the creation of a similar long-term campus strategy in Trinity. On this, Campbell said: “As we work towards the development of our campus strategy I look forward to engaging with students and staff from across the College community on this important topic.”