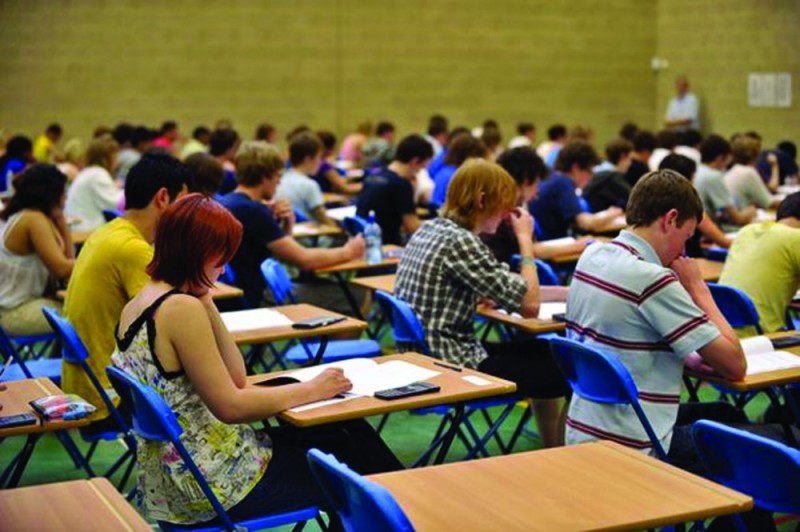 When it comes to change, Trinity is probably a lot like other 400-year old universities with a collegiate ethos. Sometimes very complicated things can be done relatively quickly, because nobody ever thought to define them. And sometimes what might seem like a straightforward procedural matter takes a long time and requires a great deal of discussion and negotiation. Changing when exams are held might seem like one of those straightforward things, but it is not.

Of all the Irish universities – and unusually among universities anywhere – we alone have a single examination period, held in Trinity term (leaving Supplementals out of the equation). What is even more unusual is that this state of affairs is enshrined in our statutes. The Statutes of College are like our constitution, the written basis for the way in which we conduct ourselves. Not every university has its practices inscribed in a foundational document in this way – just as not every country has a written constitution. However, like a written constitution, the statutes provide an important balance to the decision-making of people like myself and the other officers of the College – which is a good thing, should I ever start to feel Trump-ish. In order to protect them, the statutes cannot be changed without a vote of the majority of Fellows, which means that, effectively, the basic principles by which Trinity operates are overseen by the university community itself. At a time when public institutions everywhere are becoming increasingly managerial and technocratic, that is no bad thing.

The statutes provide an important balance to the decision-making of people like myself and the other officers of the College – which is a good thing, should I ever start to feel Trump-ish

At some point in the past (and I’m sure that a College historian will write in to The University Times to tell me why and when), someone decided that the exam periods needed to be in the statutes. If I had to take a guess as to how exams ended up in the statutes, I would venture that it was probably to make sure that examinations took place at all. Today, when universities are run by small armies of administrators equipped with multiple IT systems, and their shoulders are breathed over by another army of quality reviewers, it’s worth remembering that it is not that long ago that Irish universities were much smaller and considerably more improvisational operations. I’m not that ancient, and I was once told by a colleague only a little bit older than me (at another Irish university, I should add) that when he was new to the job, after his few weeks of teaching he asked his head of department how long the term was. “I don’t know”, the head replied, surprised by the question. “We haven’t thought about that yet.”

So, there was probably once a very good reason why someone thought that it made sense to lock down the dates of exams. Today, this kind of thing is much more of a procedural matter, and as such doesn’t really belong with statements of principle.

The Fellows are thus going to be asked to change the statutes to allow exams at the end of Michaelmas term. There are plenty of very good reasons to have exams at the end of both terms. The most basic is simple fairness. A student who takes a module in Michaelmas term and has to wait until April to be examined is not being treated the same as a student who takes a module in Hilary term and takes the exam immediately afterwards. To say that a student should be able to remember what was learned in, say, November until the following April is beside the point. The two students are being treated differently.

Back in the days when exams were simply about coming up with a mark for the end of the year – what is known as “summative assessment” – this might not have mattered very much. However, once we start to think about assessment as part of the learning process – what is known as “formative assessment” – knowing what you know as you go along suddenly becomes much more important. When we think about it in this way, not assessing a Michaelmas term module until after Hilary term makes a nonsense of the idea of progressive learning (where, say, a Hilary term module might build on ideas that were introduced the previous term). In short, bundling all of the exams into Trinity term is a relic of an older way of thinking about education.

Of course, students have known this for some time. Back in 2010, a survey run by Trinity College Dublin Students’ Union (TCDSU) found that 90.2 per cent of students were in favour of Christmas exams. As a result, the union committed itself to the idea: “TCDSU shall campaign for the following: The current annual examination structure should be replaced with a fully semesterised structure, where workload, assessment and examinations will be evenly distributed between the two teaching terms. Christmas examinations should be introduced in an effort to reduce the workload at the end of the academic year.”

There is finally an opportunity to make that TCDSU policy a reality. However, it will require a vote of the Fellows to make it happen

That was six years ago. This year, there is finally an opportunity to make that TCDSU policy a reality. However, it will require a vote of the Fellows to make it happen. So far, not all Fellows, for various reasons, have been enthusiastic about the change. It is important that the students’ views on this are heard.

So, if you want to make the policy of fully semesterised assessment a reality, what can you do as a student? First and foremost, you can encourage your lecturers, particularly those who are Fellows, to support the motion when it comes forward. And you can encourage them to vote (it’s a peculiarity of the Fellows system of voting that when a Fellow doesn’t vote, it’s counted as a “no” vote). If the recent US election, and I’m writing this in the US in the wake of the election, told us anything, it was that it is important to get the vote out. Talk to your lecturers and let them know what your opinion on Christmas exams is.