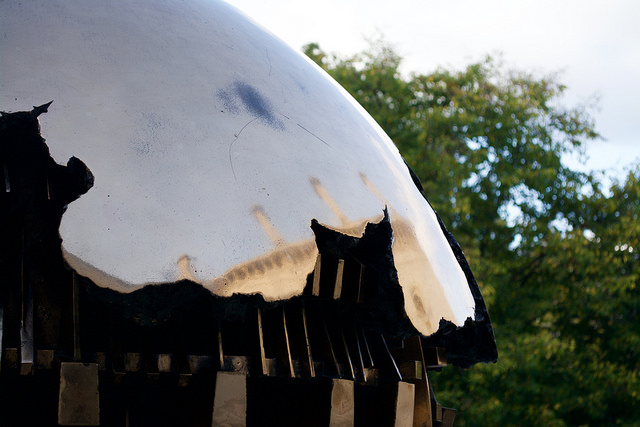 Whether we like or not, there exists both within Trinity and elsewhere, an unspoken hierarchy of degree courses constructed and preserved by the student population and society as a whole. It has turned secondary schools into exam factories, obsessed with ranking tables and elusive places on top CAO courses. Students achieving high grades no matter what their interests, are expected to apply for medicine, veterinary and engineering, partly in an effort to boost schools’ reputations.

From my own experience, this view is predominant in Trinity. Trinity itself, with its position at the centre of Irish academic life, has its own self-acquired reputation. Certain degree courses are elevated above others. Courses judged to have a lesser value are thereby dismissed and derided by many. This, personally, is a view that I find abhorrent and one that is all too noticeable in College. Knowledge and its acquisition at third level has equal value, regardless of its form or substance. It is an idea that has sadly been forgotten amidst our career-centric focus and our desire to impress those around us.

This is an idea that has gained traction over the last decade in the media and in the education sector itself. The media’s constant focus is on the health sciences and mathematics courses with little room for discourse on anything else. We are partly to blame too. We are too inclined to dismiss arts and related degrees, particularly in what are perceived to be lesser universities, which they are certainly are not. Students are encouraged not to “waste their CAO points”, meaning that if you get 600 points you are expected to apply to one of the so-called “high-end” courses.

This is also a construct of the upper-middle classes, who understandably desire the very best for their sons and daughters. This has led to a so-called “grinds culture” at Leaving Certificate level, with some parents willing to pay significant sums to ensure that their child is able to maximise their points in the exams. Students are pushed into courses, many of which they don’t like or feel comfortable in. Indeed, a recent report in the Irish Times outlined that certain college courses have seen a staggering 70 per cent of students drop out in recent years.

This hierarchy of different courses is linked to the erroneous notion of enhanced career prospects. For instance, it is assumed that many students who opt to study arts courses will end up working in the teaching profession. Needless to say, this has been proven incorrect time and time again. Similarly, just because you study law does not mean you will end up working as a solicitor or a barrister, or in the legal profession at all. In reality, university courses for the most part necessitate that you progress to further study in order to increase your chances of entry into a specific profession.

Why do we insist in following this train of thought? Sadly, in the current climate, no one is guaranteed a job in any line or work. The traditional pathways between degree courses and specific careers are being undermined. The reality is that many of us are being trained in similar transferable skills, skills that can be applied to many different professions in the real world. Course choice, much to the relief of many, is no longer the determinant it used to be.

Trinity can boast a wide variety of courses, from drama studies to sociology and everything in between. This wide array of courses helps to give Trinity its academic prowess and enables the university to produce highly-skilled, adaptable graduates. With the news that numbers in some disciplines are appearing to dwindle, it is important that we embrace this immense variety that we can proudly lay claim to. Afterall, it is what helps to broaden our minds and expand our appreciation for the wide scope of knowledge on offer in our university. I find delight in meeting people from different courses. It is quite humbling and makes you appreciate how much you don’t know. Most importantly, it is a reminder of the fact that many people continue to come to university to study degree courses that they are really passionate about. Whether it be the nursing student passionate about helping others or the Irish studies student from the Gaeltacht who loves nothing more than speaking “an teanga dhúchais”, it gives me a certain reassurance and hope for the future of Irish education.

Something that is important to note is that Trinity’s very identity is preserved in some of the older disciplines still on offer in the college. Classics, theology and English are all examples of these. In some of these disciplines, Trinity ranks among the most pre-eminent universities in the world. Oftentimes, Trinity, as an ancient university, holds a monopoly in some of these areas. It is a university steeped in history and it is somewhat reassuring to see Trinity working to preserve many of these distinct degree courses. It shows us that in spite of an increasingly career-centric student population Trinity still holds the acquisition of knowledge in high regard.

This is an issue in college that unquestionably has unintended effects on many students. Every student is asked at some point, some on a daily basis, “what course are you studying?”. Some responses draw different reactions than others. There is a certain status or respect attached to certain courses that is not afforded to others. People enjoy being able to say they study certain courses for the admiration that it brings in spite of the fact that many of them may be cursing themselves for choosing the course in the first place. This notion creates an unspoken sense of superiority or inferiority, whatever the situation may be. This is that is disheartening, intimidating and downright saddening for many. It is nothing short of a plague on the Irish education system. The truth is nobody cares how high and mighty you may feel for studying a particular course and those who continue to espouse this view should cease doing so.