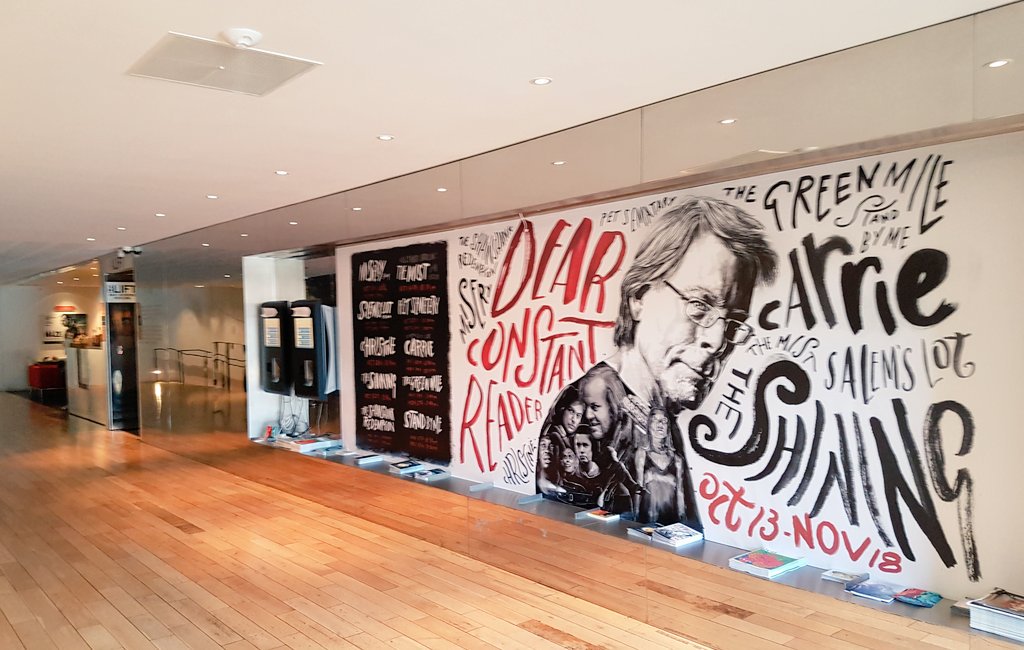 I imagine the film festivals run by the Light House Cinema in Smithfield as the cinema equivalent of a good carvery. They are food for the soul, satisfying both your needs and your wants, filling you to the brim with all your favourite flavours, warming the heart and leaving a smile on your face. There has never been a better opportunity to put this theory to the test than by attending its latest film festival, Dear Constant Reader: A Celebration of Stephen King. The title recalls King’s own tradition of referring to his hoards of fans as “Constant Readers” in his much-loved introduction.

In its description of the festival, the Light House Cinema talks of how King’s many stories “carry in them an intelligent soul and an empathetic heart that draws a reader in like a hug, only to tear their hearts apart when inevitably, things turn gravely wrong”. The films being shown truly fulfill this statement. The festival kicks off with Misery, a film written and directed by Hollywood royalty William Goldman and Rob Reiner. Given the quality of people behind it, the film would have been hard-pressed to turn out badly. Misery has perhaps my own personal favourite King adaptation, and if any screening deserves your attendance, this is my recommendation.

Other cinema classics set to thrill audiences at the Light House during this festival include: Salem’s Lot, Pet Sematary, Christine, The Green Mile, The Shining, Carrie, The Mist and of course The Shawshank Redemption. The Green Mile is sure to bring a few movie-goers to tears with its heartbreaking story and superb performances. The Shawshank Redemption continues to sit in that coveted number-one spot on the IMDb list of their top 250 rated movies and is certainly a must-attend event during this festival. Stanley Kubrick’s infamous adaptation of The Shining will be presented in a terrifying 10.30pm screening on Halloween, so viewers can celebrate the scariest of holidays with the scariest of films.

This festival, which runs from October 13th until November 18th, will be a rollercoaster of the thrilling, the heart-wrenching and, naturally, the frightening. However, it closes with the nostalgic, heart-warming and often underrated Stand by Me. Rob Reiner once again leads this adaptation with elegance and soulfulness. At the time of the film’s release in 1986, King himself declared it “the best film ever made out of anything I’ve written”. It provides a satisfying end to a festival that guarantees a worthy night out.