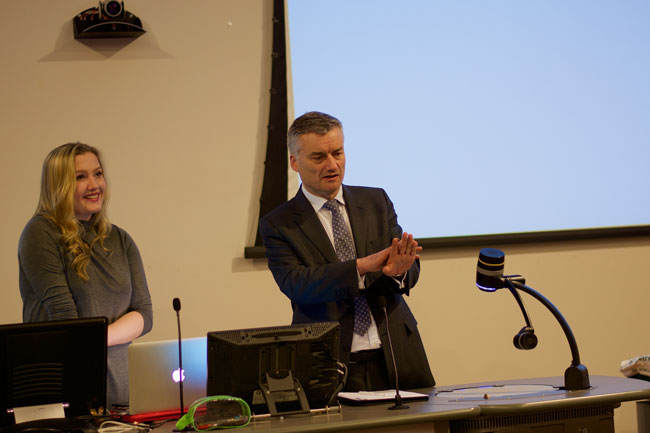 Provost Patrick Prendergast has tweeted his support for a Trinity-wide campaign that hopes to see the elimination of single-use plastic on campus.

The statement, on Twitter, comes after a motion was passed last night at Trinity College Dublin Students’ Union (TCDSU) council, mandating the union to support the campaign.

“I support [TCDSU] on reducing single use plastics in [Trinity]”, stated Prendergast.

Speaking at council last night, Susanna Garside, who is a member of the group and forwarded the motion, said that the group will be “targeting any shops that use single-use plastics” and “looking at raising awareness”.

The most common types of single-use plastics are everyday items such as plastic bags, plastic bottles, bottle caps and plastic six-pack rings. The group hopes that the campaign will encourage people to make simple changes such as refilling non-disposable water bottles instead of buying new ones.

The Provost’s support is unsurprising as the College looks to continue its sustainable development policy which was introduced in 2008. So far, the effects of this policy have been felt with a 10 per cent decrease in the amount of water used, an increase in bicycle usage of five per cent and 50 per cent of food available on-campus being Fairtrade, sourced locally, eco-sensitive or humane.