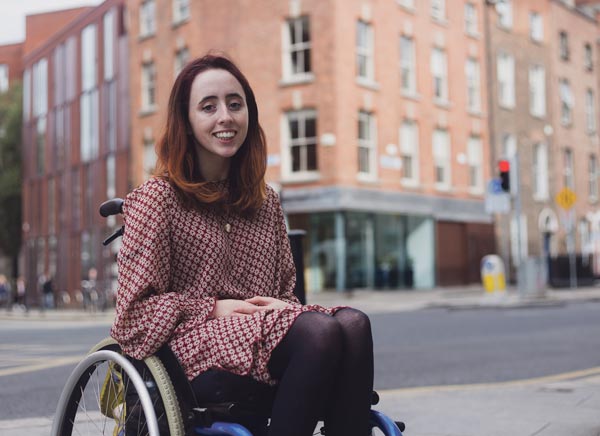 Trinity is widely acknowledged as a bubble: a community of generally like-minded people sharing a number of common interests, among them a disdain for how cold the Berkeley library is, a fondness for drinking cans outside the Pav on the rare occasions when it isn’t too cold, and a propensity for complaining loudly and at length about the price of tickets for Trinity Ball. However, Niamh Herbert, a third-year European studies student and the leading light in a number of college societies, has always been eager to burst this “bubble”.

Speaking on the phone to me from London where she has spent the last three months working and living, Herbert is keen to stress the advantages of breaking away from Trinity from time to time. She describes how spending her summers abroad (she spent a previous summer in Brussels) “really changes your perspective”. Herbert explains how the routines of college, “the daily grind”, kind of “feels like what life is, and that can be good and bad”. She credits “coming out into the working world and just seeing how many opportunities there are” with making her a much happier person than she was in her first year of college. That’s not to say she doesn’t love college because she does, but as Herbert points out “the whole Trinity community… does just get a bit overwhelming”.

Given that it’s not all that long since she was a fresher herself, Herbert’s descriptions of freshers’ week are unsurprisingly clear-eyed. She tells me that she “quite enjoyed freshers’ week”, in particular, the freshers’ fair in Front Square, which she describes as a good opportunity to talk to people from different societies, as well as a chance to meet older students from the same course. That said, she acknowledges that freshers’ week can be a time where there is a lot of pressure put on new students. “You know you’re meant to go out, make friends, socialise and join societies”, says Herbert. “You kind of feel that if you don’t do all those things, you kind of feel bad, like you’ve done something wrong.”

Her advice? “It’s not the end of the world not to have that kind of fresher’s week you hear about and you see on social media of people going out every night and making friends for life.” She advises that there will be other opportunities to make friends, and that “missing one night out to keep up your own self-care and sanity is a much better idea than just forcing yourself to do these things”.

Herbert doesn’t shy away from talking about some of the tougher aspects of college life, which is something that can be forgotten by freshers amidst all the excitement of glossy maps, burrito vouchers and free condoms. She tells me that she found being a fresher “quite lonely”, feeling unready for the transition from living at home and being “spoon-fed everything” at secondary school, to “going out into the world as an independent young woman” and moving to Dublin on her own not really knowing many people. She tells me that she just didn’t really know what she wanted to do and that although she loves her course, she would rather have taken more time to really consider the world of opportunities out there before embarking on a course of studies.

Nevertheless, Herbert cites “the whole community aspect of Trinity” as being something that she really loves about being in college. At secondary school, Herbert got through some difficult times by reminding herself that she would soon be at college where she would meet like-minded people. “And that hope really did come true, I suppose. Because going to Trinity, I did meet people that are so similar to me and I can just tell that we’re going to be friends long into adulthood. Trinity is great when you meet the right people, and that can take time.”

No one comes to college with the intention of keeping their old clique of friends and just keeping their old routine. Everyone wants to go out and have that fresh start, and because everyone’s in the same boat it’s slightly easier

When I ask Herbert for advice for this year’s incoming freshers, she urges first year students to remember that “literally every other fresher is in the same position”. “No one comes to college with the intention of keeping their old clique of friends and just keeping their old routine. Everyone wants to go out and have that fresh start, and because everyone’s in the same boat it’s slightly easier”, she says.

“Reach out to someone you see in Front Square and just ask them do they want to get a coffee or something, or a drink in the Pav. Because, you know, I definitely didn’t do that. I thought ‘everyone has their own friends, I should just kind of back off and leave them to it’. But no one thinks like that. Everyone wants to make new friends. So while maintaining your own sanity is a huge thing, having that little push to just reach out to people and make friends would be a huge help to freshers.”

As we finish up our chat, I can’t help but feel as though my conversation with Herbert has encompassed the full spectrum of what it’s like to be a Trinity student, the pressures, the positives and also the sense of community and the sense of belonging students feel in Trinity. Maybe being part of the bubble is not so bad and one day, like Herbert, we will feel ready to burst that bubble to go out into the world and take on just about anything. 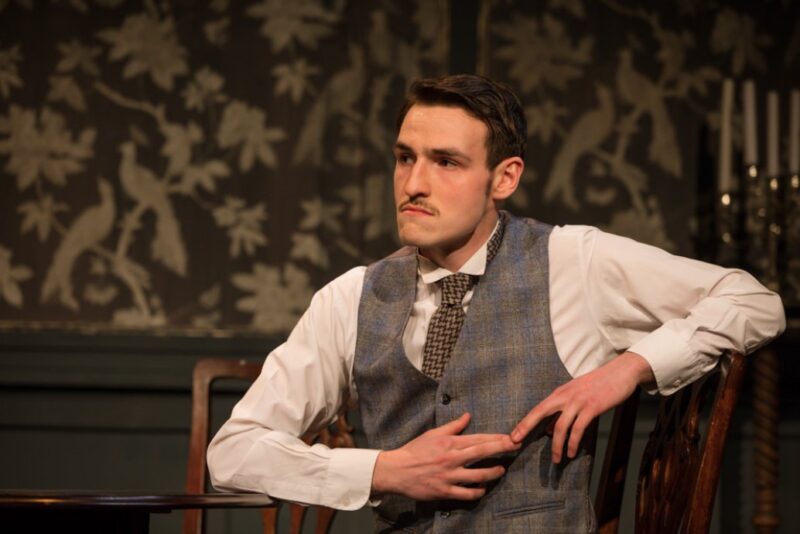 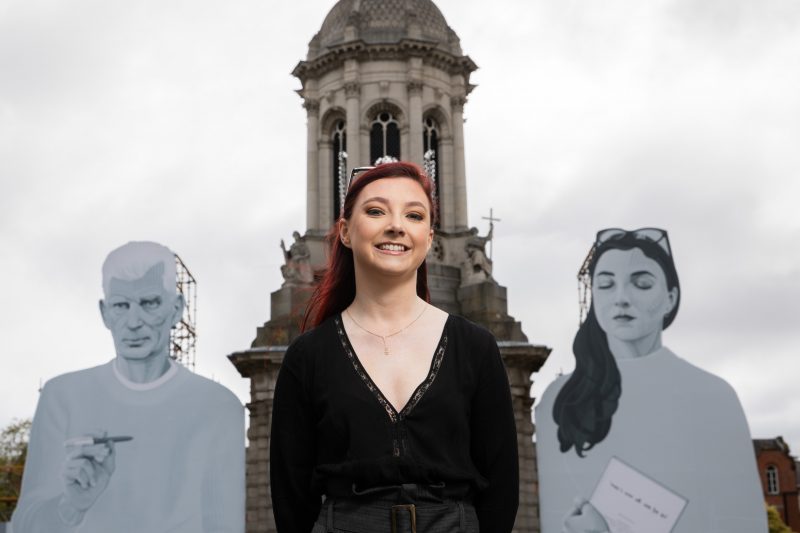 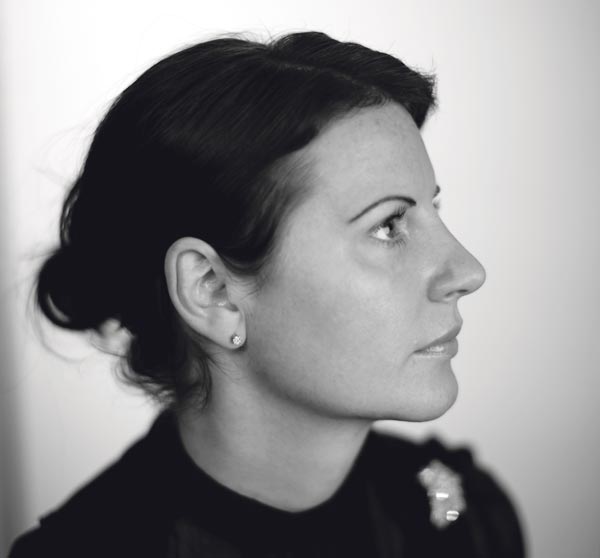 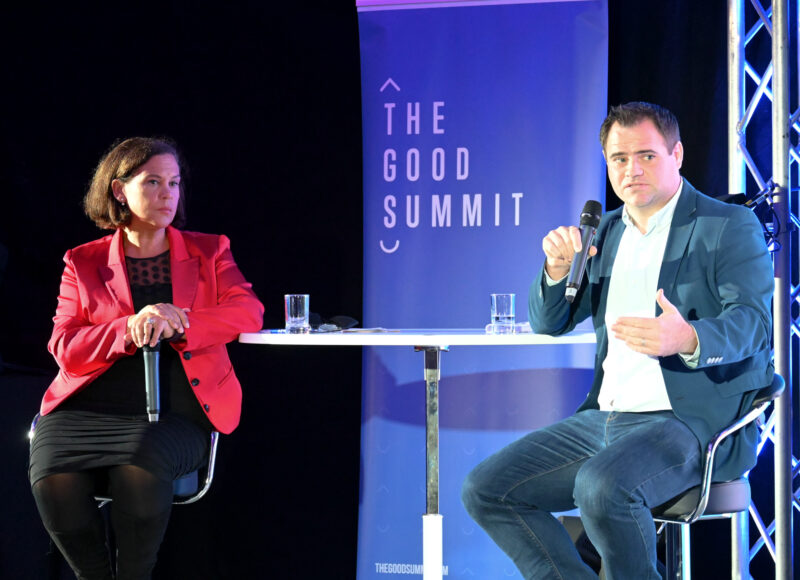 The Good Summit: Political Leaders Debate the Finer Points of a Shared Island