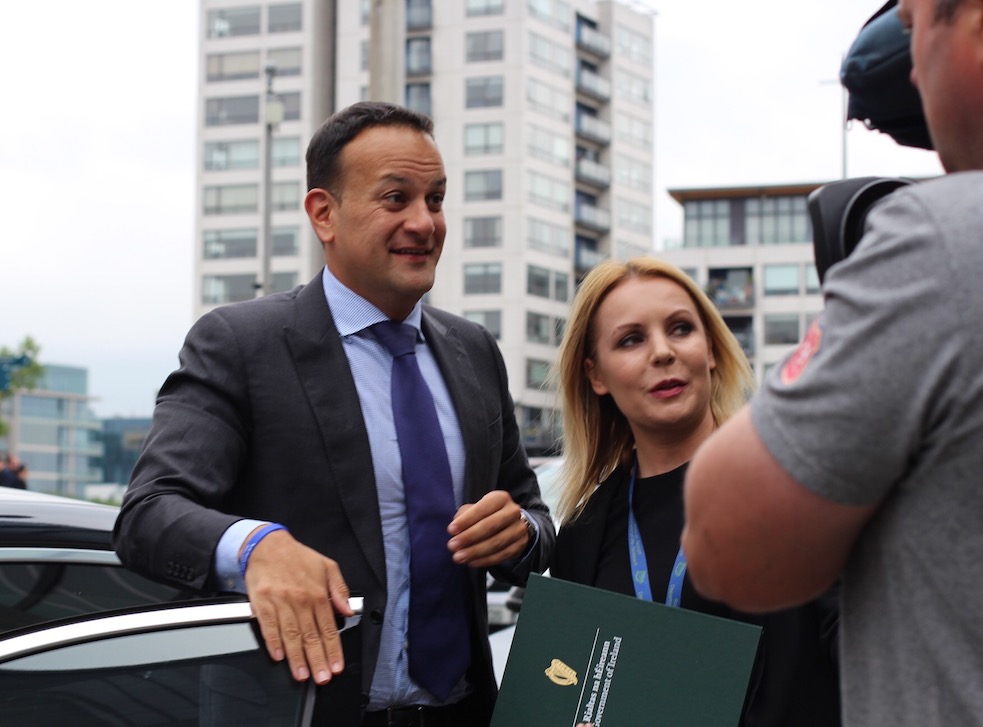 Taoiseach Leo Varadkar at the announcement of plans for a Grand Canal Innovation District last year.
Eleanor O'Mahony for The University Times

The government has today approved a plan for the development of a Grand Canal Innovation District, which will become home to Trinity’s Technology and Enterprise Campus (TTEC), with state investment of €150 million likely over the next decade.

A report outlining the strategy behind redeveloping Grand Canal Dock as an innovation district was accepted by the government today. The plan states that the area will be developed over a period of 10 years and will cost an estimated €1 billion.

TTEC will be central to the government’s plans to make the area a globally competitive centre for innovation and entrepreneurship.

In a press statement, Provost Patrick Prendergast said: “This is truly a great day for innovation in Ireland.”

“Trinity’s new campus will be dedicated to ensuring the success of the district”, he said, adding: “This firm statement of support will unlock other opportunities and will ensure that the GCID will be well funded and that it will attract the right kind of partners, business and researchers to the project in the years ahead.”

College’s chief innovation and enterprise officer, Dr Diarmuid O’Brien, said in a press statement that the project has the potential to “truly deliver change for Ireland – something that will have a positive impact on the local community, Dublin city and the country as a whole for generations to come”.

The plans for developing Grand Canal Dock into an innovation district were first announced by Taoiseach Leo Varadkar in 2018. Speaking at the launch event, Varadkar said: “This is the perfect place to have an innovation district. It’s here at the heart of Dublin, surrounded by Ireland’s own silicon docks and connected to a world class research and innovation ecosystem.”

It is not yet clear what the TTEC site will entail for Trinity, or even what it will be named. Last year, Thomas Deane, a Trinity media relations officer told The University Times in an email statement that “a more formal process to consider the name and the naming convention of the site is about to commence, with an outcome anticipated during the current academic year”.

The University Times also reported in 2017 that some important fixtures of the main campus, such as the ADAPT centre, Connect and the Advanced Materials and BioEngineering Research (AMBER) research centres, could move at least some of their activities down to the new campus.