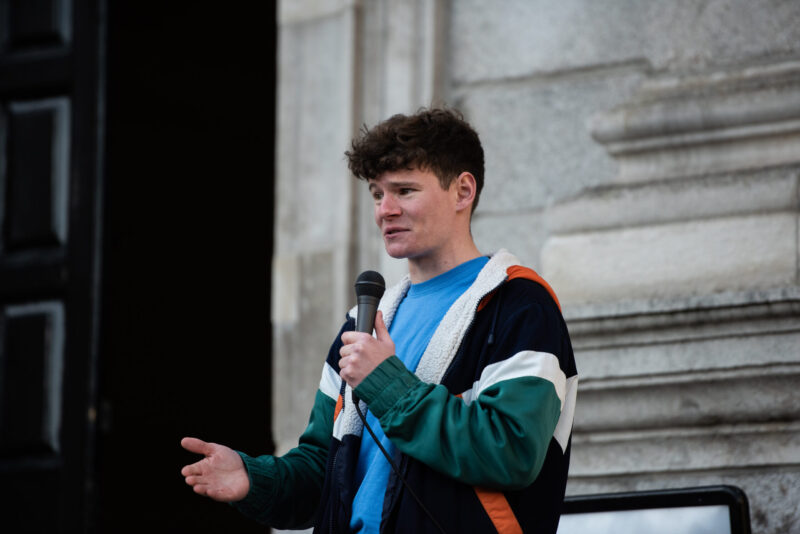 Trinity College Dublin Students’ Union (TCDSU) presidential candidate Eoin Hand has received a minor strike from the Electoral Commission (EC), after his campaign shared a link to an online voting page meant only for those away on Erasmus.

In a statement to The University Times, Hand said that “this activity was not expressly forbidden by the Commission but it was decided this had given me an advantage over the other candidates”.

The link to online voting was not only promoted on social media posts from Hand’s campaign accounts but was also available in the bio of Hand’s Instagram account. Hand added that “this was not an attempt to gain advantage over my fellow candidates, it was intended to promote voting in the College”.

This strike comes as Hand is expected to be elected president of Trinity College Dublin Students’ Union (TCDSU) on the first count in this year’s elections, according to the results of a poll of 1,131 students conducted by The University Times.

Hand’s strong start to the campaign has stood to him: while his performance at Media Hustings last Thursday was weaker than his previous efforts, it evidently hasn’t damaged his chances.

But, as Hand’s counterpart Williams has pointed out several times as part of his call for union reform, the hustings have largely only been attended by reporters and candidates’ campaign teams. Hand’s lead, therefore, is likely the result of a number of factors.

Hand is leading among all four year groups, but his lead is greatest among first years, where he is on course to win 66.5 per cent of the vote. Hand’s pledge to work for students who “just come in everyday, go to lectures, eat their lunch and go home” is likely to have been well received by first years still finding their feet.