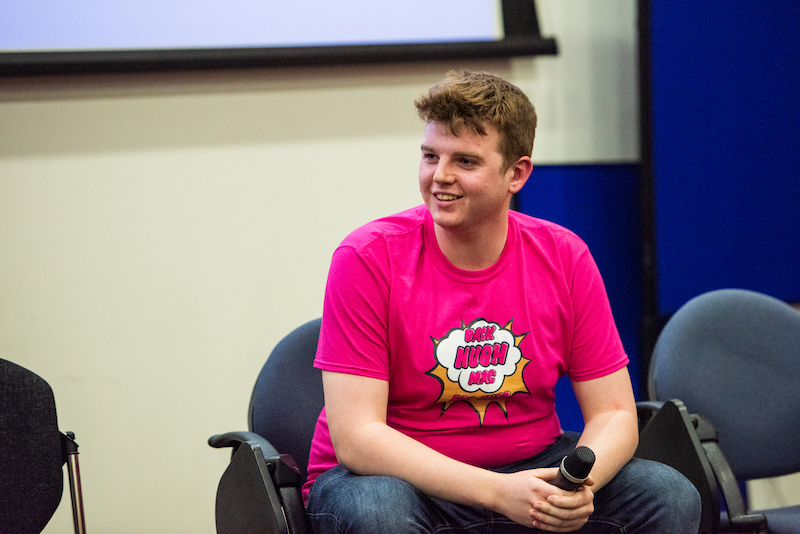 Hugh McInerney has been elected Trinity College Dublin Student Union (TCDSU) entertainments officer on the first count, winning 82.8 per cent of the vote.

McInerney, who ran uncontested, strolled to victory after running a confident campaign that saw his charisma win him favour with many voters. On Monday, polling conducted by The University Times put him on course to win with 86.2 per cent of the vote.

McInerney won with 1,950 votes after re-open nominations was eliminated, in a total valid poll of 2,356.

Speaking to The University Times after the results were announced, McInerney said: “I’m excited – I mean I have to thank my campaign manager, Liam, my campaign team, my roommates, my family, they’re quite important too, just everyone, and the people of Trinity, because they believe in my vision.”

“They believe that I can deliver everything that I promised on, and I’m really, really grateful, and I want to show them and I want to thank them for backing me”, he said.

Throughout his campaign, McInerney frequently highlighted his experience in Trinity’s Film Society, and credits his ability to recognise what kind of entertainment students want to the creation and success of his satirical webseries Trinity Truths.

McInerney was comfortable in the limelight and adroit under sometimes-difficult hustings questions, particularly about the role of Trinity Ents in organising and choosing the lineup for Trinity Ball.

He has laid out plans for more alcohol-free events in the form of Sober October, which stands as a key pillar in his manifesto.

Students can anticipate two weeks of events in collaboration with other societies and with sponsorships from alcohol-free brand names, should McInerney’s idea for Sober October come to fruition.

The idea is part of a broader scheme for greater inclusivity, which has given McInerney’s campaign its driving force. He also aims to work with accessible venues in planning events.