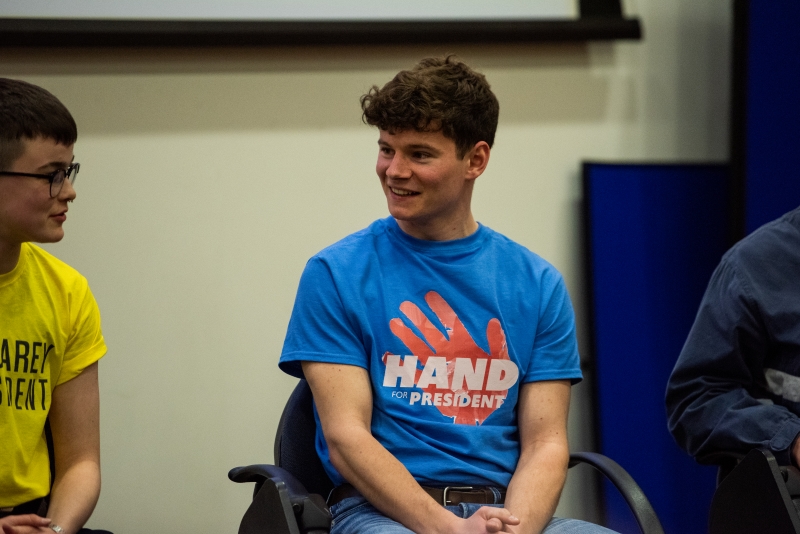 In an interview with The University Times this afternoon, Hand confirmed the addition to his manifesto, saying: “I’m wholly opposed to the idea of moving the creative arts department to the docklands and the demolition of the Players’ building.”

Hand continued: “The creative arts students are one of the many groups that make up the life-blood of Trinity College and it would be a shame to lose these people.”

Hand went on to say that if he is elected, he will “definitely highlight the issue and the fact that the College is looking to demolish this building and remove the creative arts from the college.”

Hand’s statement follows confusion regarding the future of the School of Creative Arts. In April last year, The University Times revealed that the report had called for the “urgent” relocation of the Department of Music – one of three departments in the School of Creative Arts along with film and drama. The report recommended the relocation of some classes to its Arts Technology Research Lab, which is located in the Trinity Technology and Enterprise Centre (TTEC) on Pearse St.

In another email, Barton wrote: “We are continuing to work with the School Review implementation committee to address the recommendations of last year’s review.”

“Some recommendations have already been addressed and solutions implemented”, she wrote, “but addressing others will take time in what is an ongoing process”.

Interviews with several drama, music and film students reveal that many feel they’re working with sub-par equipment and studying in buildings that are no longer fit for purpose.