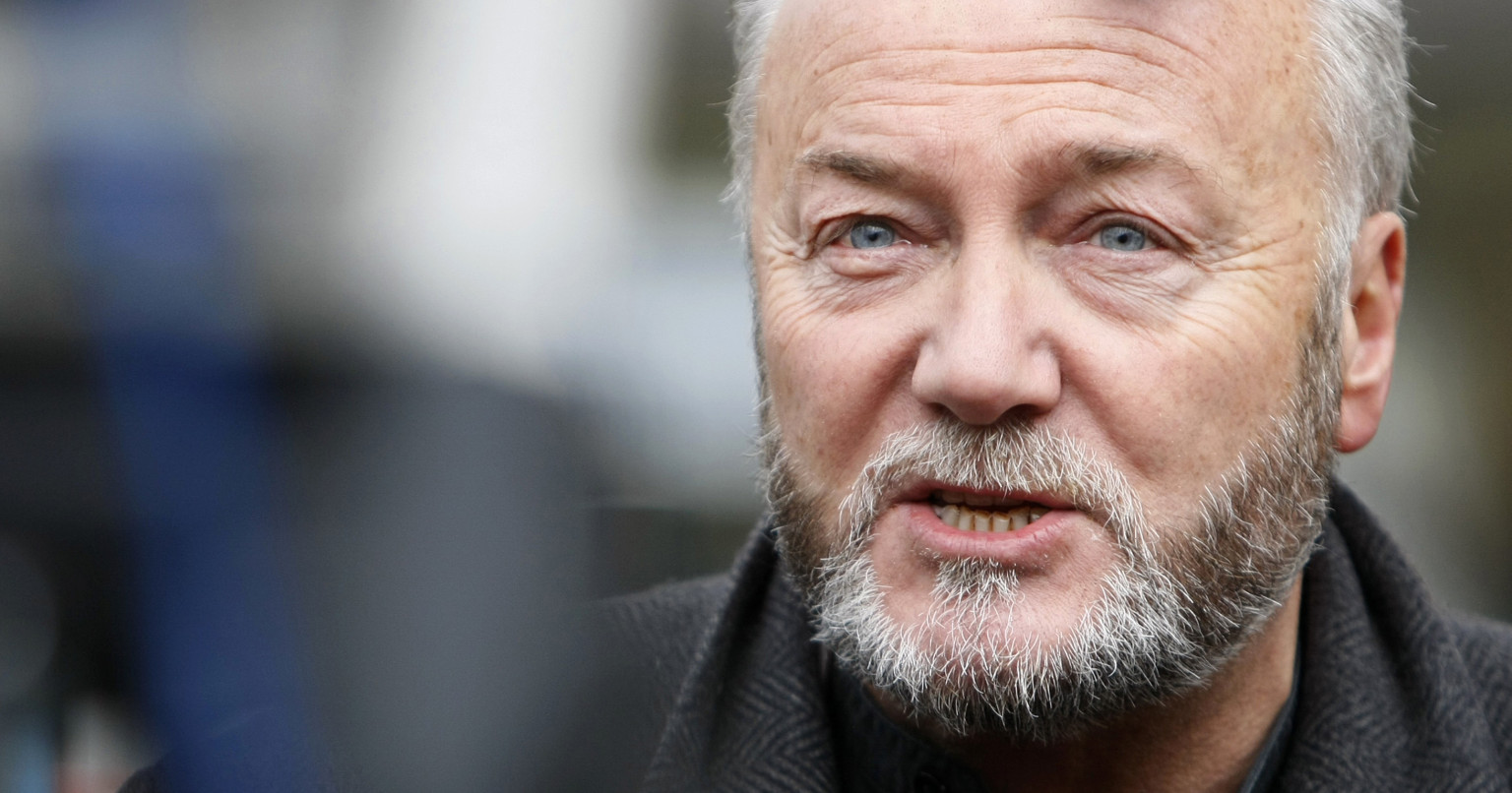 George Galloway has never shied away from the spotlight. Now, the firebrand politician has founded a new party – which he hopes will rejuvenate class-based politics.

In the catastrophe that was the December 2019 general election for the UK Labour Party, one image more than any other seemed symbolic: the collapse of the party’s “Red Wall”.

Under Jeremy Corbyn – replaced as leader over the weekend by Keir Starmer – Labour haemorrhaged support in these working-class heartlands – in the Midlands and North of the country – to the Conservatives, on a night that marked a seismic turn of the political tide. Seats famously and proudly held by the Labour party since the post-war period (and even before) turned, with one fateful sweep of electoral preference, blue. A voting block once made solid by generations of opposition to Thatcherism and austerity was torn down.

It’s difficult to overstate the significance of the result – and the importance for Labour of understanding why it lost so many votes. Some say Brexit miscalculations cost the party gravely, while others blame a parliamentary party they say smacks of metropolitanism and doesn’t resonate with working-class voters. Others still see a shift of focus – away from economic issues and class-based representation, and towards identity politics.

George Galloway – a former Labour MP of 16 years expelled in 2003 over comments on the Iraq War, who subsequently established and led the Respect party to the largest left-of-Labour vote in British history – tells me it may well be a combination of all three.

I recall the words of Al Pacino, or Michael Corleone, as he kisses Fredo fully on the lips and says: ‘You are dead to me now.’ I’m afraid the Labour Party is dead to me now

Galloway recently set up a new party, the Workers Party of Britain, which is heavily critical of late-stage Corbynism. So I’m not surprised when he recalls, with trademark virtuosity, “the words of Al Pacino, or Michael Corleone, as he kisses Fredo fully on the lips and says: ‘You are dead to me now.’ I’m afraid the Labour Party is dead to me now”.

“But much more importantly”, he adds, “it’s dead to millions of its former supporters and I don’t think they’re coming back. I think the turn to New New Labour is a deadly turn. Labour will now become a party of the metropolitan liberal classes”.

Galloway might not be welcome in mainstream Labour circles now, but he’s not short of contacts on the inside. He tells me that on Brexit, Corbyn – who he likens to “a sofa bearing the impression of whoever was the last person to sit on him” – did have options. “I happen to be aware of the strongest possible and best advice that Corbyn was given and I’m also conscious, though don’t know directly, of the contrary advice that was given and which he took”, he says. “So it wasn’t out of a shortage of good advice available to him, it was that he chose the bad advice.”

Galloway says he wasn’t surprised by the way Corbyn’s strategy backfired. “Frankly”, he says, “any fool knoweth that if the vast majority of the seats you’re trying to win and the vast majority of the seats you’re most likely to lose are strongly Brexit-voting seats, you really don’t need to be Einstein to work out that a pivot in the opposite direction is likely to be damaging to you”.

On its website, the Workers Party says it “positively embraces Britain’s withdrawal from the EU”. Galloway says there’s a strong left-wing case for leaving Europe – once a cornerstone of Labour’s socialist wing – and is emphatic when it comes to the EU’s flaws. “The triumph of supranationalism”, he says, “is the very reason … why nobody could ever defeat neoliberalism, which wants to abolish borders. It regards the nation state as a trivial and out-of-date concept because, of course, the triumph of the kind of finance capitalism you, and we, live under requires absolute fluidity of labour and profits”.

“Any barrier, be it national or trade union, is ipso facto, a problem for that brand of capitalism. So the European Union is a wet dream for those ideologies.”

This is an analysis that used to have good intellectual pedigree on the left, with senior Labour figures – including Barbara Castle, Peter Shore, and former leader Michael Foot – adhering to it in their time. With Brexit’s narrative firmly in the grip of the UK’s right, how can the left win back political ground? 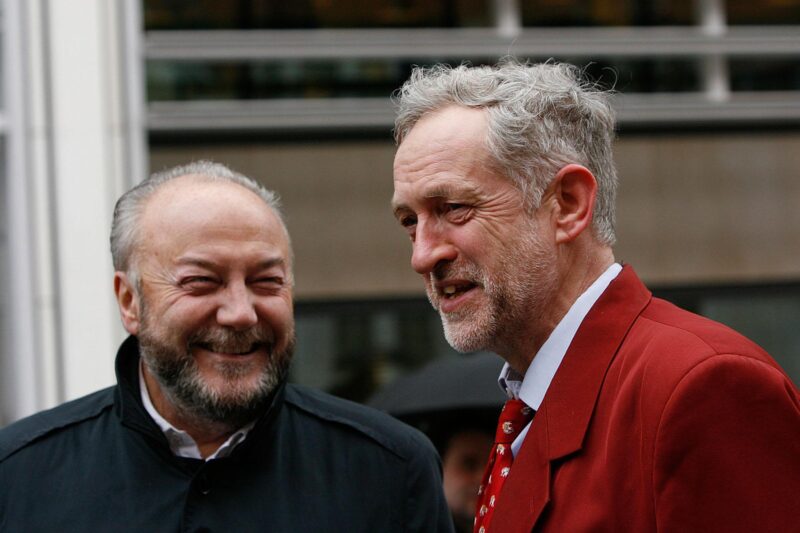 For Galloway, “Brexit was a necessary but not sufficient condition for democratically coming to grips with the hegemony of this capitalist model we live under and suffer under. It’s really as simple as that. If you cannot control the people who are making the decisions that determine your lives, then you do not live in a democracy, and if you do not live in a democracy, you can never advance towards socialism”.

Galloway says that although all those who voted Brexit may not share his socialist perspective, they do share an intuitive sense of an institution run against the interests of the working classes. “If you believe in democracy you cannot support the trajectory of the EU since Maastricht and Lisbon, and that used to be an axiom in Ireland, by the way. I support the nation state not because I’m a nationalist – I’m the least nationalist person you could possibly imagine. It’s because I’m a Democrat. Our population, 65 million people, is big enough, strong enough, that if it decided to, it could make an independent stand for a different and better way of life.”

But if Brexit is a key point for Galloway’s Workers Party, it’s not the only one. He tells me he set it up due to a “concern over the false confluence of liberalism and the socialist idea. Because, you know, one gets embarrassed being described as left when one sees some of the spectacles that are also calling themselves left or being called left. More and more it became obvious that being a liberal and being a socialist are not the same thing and, oftentimes, are actually the precise opposite”.

With the Workers Party, Galloway says he’s trying to reclaim a space on the left for returning class politics to the forefront – in an economic sense. I ask why he thinks the UK’s left hasn’t devoted itself to mobilising the working classes on economic issues. He lets rip. “Because it’s harder! Precisely because they’re more significant and more important. You know, it’s easy to proselytise individualism because everybody has their individual characteristics, but it doesn’t change anything.”

If the streets were full of non-heteronormative behaviour, it doesn’t change anything! On Monday, you’ve still got to go and work for the same corporation, on the same wages

This, to Galloway’s mind, is the very crux of the delusion that he thinks has overcome the left and, crucially, Labour in recent times. For Galloway, the name of the game is redistribution of power and resources, neither of which he sees as achievable based on the objectives identity politics sets itself. “If the streets were full of non-heteronormative behaviour and everyone showered the participants of the parade with roses, it doesn’t change anything! On Monday, you’ve still got to go and work for the same corporation, on the same wages, with the same conditions, and live in the world made by the corporations and the capitalists. You can do so hand in hand with your boyfriend, girlfriend, transfriend, with absolute right to abortion on demand … but it doesn’t change anything fundamental, that’s the point.”

“The fundamental issue”, he goes on “is your relationship to wealth and power. You could be free to marry who you like, have relations with who you like, identify yourself as what you like – you can be free to do all these things, but if the employer decides your wages are to be cut in the morning, your factory or workplaces are to be closed in the morning, your hospital is to be closed in the morning, they can do so with impunity because you have been fixated on things which are, in the end … decorative in comparison to the class divide in society”.

Many would disagree with Galloway’s analysis, but he says it’s not intended to be exclusionary. He says that the role of the Workers Party “is to unify all people. To say, genuinely, sincerely, we don’t care what colour you are, what religion you profess, what your orientation is, we genuinely have no interest in that. We seek to unify you in relation to a much bigger question: who rules, for whom? That – that – is the question”.

Galloway spends much of our interview paraphrasing Lenin, decrying identity politics and excoriating those who sought to prevent Brexit, so it’s not hard to see how his political lens has become completely detached from Labour’s. But supporters of his mission would say it shows how he may actually have been reading the electoral landscape – and tracing the tectonic shifts taking place across its faultlines – for a very long time before the Labour party began registering the tremors.