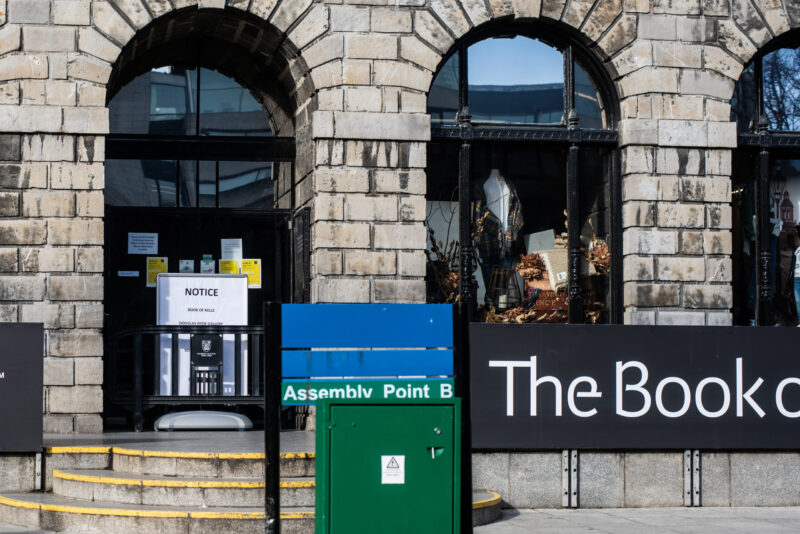 Trinity is still hoping to apply for planning permission by June for a major revamp of its Old Library, despite the closure of the College due to the coronavirus pandemic.

Bursar Veronica Campbell told The University Times this week that Trinity has the “heavy lifting” done in preparation to apply for planning permission by June.

The reconfiguration of the building, which is around 300 years old, is part of a College strategy to improve the conditions in a library that houses some of its oldest manuscripts and book collections, The University Times reported last September.

Campbell said plans for the project will go for approval to Trinity’s College Board and Finance Committee, adding that “the heavy lifting for the design work, for the extent of the design that is needed to lodge the planning permission, is almost complete”.

The overhaul will see many of the Old Library’s oldest manuscripts moved to a new research space on the ground floor and involve the embedding of the library’s shop into the podium outside the Berkeley.

Campbell confirmed that research collections currently housed in the facility “will remain accessible to the research community” during the refurbishment, but may be moved to a different location.

“From a logistics perspective, and library operations perspective, it might be a bit different, so the logistics team are working through how best to make sure that those materials can be made available during the construction works.”

Last year, Trinity launched a campaign to put in place female busts in the Old Library, which has housed 40 busts of male figureheads for centuries.

Provost Patrick Prendergast called on staff and students to nominate the first female scholar to be memorialised in a sculpture in the building.

Despite a stipulation that the scholars had to be both women and deceased, 13 men and 15 living figures had their names put forward for the campaign.

“Delighted to receive over 180 nominations for the female sculptures to be introduced to the Long Room of the Old Library”, he wrote in the second tweet. “However, some are invalid due to being male and living! Thank you.”