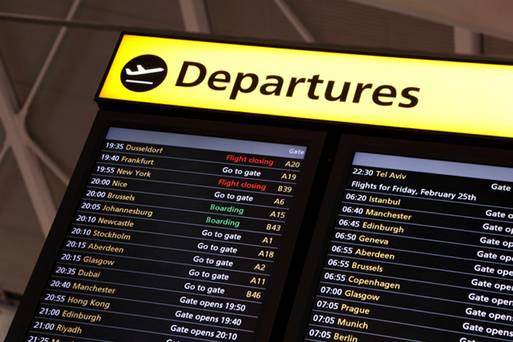 “Two weeks into lockdown in Ireland, I got an email and the subject line freaked me out a bit,” graduate Gabrielle Pozzo Di Borgo tells me over the phone. “It read something like, ‘The Impact of Covid-19 on your Master’s Application’, and I was like, ‘Surely not! No! Come on!’” We laugh, albeit somewhat nervously.

Indeed, for every third-level student across the world, the spring semester of 2020 will be one to remember. Exams quickly moved online, tutorials went straight to Blackboard, social gatherings were cancelled and the aftershock of the virus can still be felt even today.

Just a few weeks ago, Trinity unveiled its plans to continue education online for classes of over 25 through to December 2020, rendering much of college practically virtual for the foreseeable future.

Undoubtedly, this announcement is one that will leave many undergraduates crestfallen at the prospect of yet another term spent on Zoom. For the class of 2020, however, they will feel the effects of these new, unprecedented challenges most. Some, perhaps, will begin working elsewhere as normally as possible. But what about those who were planning on continuing to postgraduate study in September and more specifically, those students who, up until a few weeks ago, were planning on commencing a master’s degree abroad?

In March, these students were gearing themselves up to move to another city on the continent to experience a new way of living and learning. Under normal conditions, starting this chapter in your life as a fresh postgraduate is frightening enough, nevermine while there is a global pandemic in full swing.

Under normal conditions, starting this chapter in your life as a fresh postgraduate is frightening enough, nevermine while there is a global pandemic in full swing

For some final-years like Pozzo Di Borgo, this rhetorical question of “what next?” was an unsettling one. For Kate O’Flynn, a final-year Spanish and Politics student at University College Dublin (UCD), a stream of complications caused by coronavirus has left her future study in limbo.

Firstly, even in the wake of a global pandemic where a country’s situation can change daily, there seemed to be no waiver on steep course reservation fees for inbound international students.

Having received a conditional offer for University of Glasgow for a master’s degree in human rights and international politics, as well as an offer from Universidad Carlos III Madrid for a course in geopolitics, she accepted the offer for Glasgow because unlike Madrid which requires €800 to reserve a place – which Flynn would have only had 10 days to pay – it doesn’t require a fee to secure a place.

To further compound issues, a lack of communication about start dates from the universities left O’Flynn in uncertain waters.

“The universities actually haven’t said very much, O’Flynn says. “It’s all very up in the air, but I would nearly be expecting at this stage that some places will push back their start dates.”

This, of course, makes planning practical aspects of studying abroad, even more complicated.

“Everything is just so disjointed! I would love to start in September. However, I know that if it does get delayed then it is absolutely for the best”, she says.

Everything is just so disjointed! I would love to start in September. However, I know that if it does get delayed then it is absolutely for the best

Pozzo Di Borgo has had better luck. She had applied for a master’s degree in philosophy at the University of Edinburgh, and was delighted to receive a conditional offer a few weeks prior to the outbreak. A follow-up email was later sent with an update promising students that once a conditional offer had been made, the coronavirus would have no impact on their applications.

“They said they obviously understand that some people may not be able to start the term as planned”, Pozzo Di Borgo says, “and that they understand people may have to come later on as well. For now anyway, they haven’t changed the start dates for term. That is the 21st of September. They sent me another email saying it hasn’t been pushed back yet”.

Caoimhe Landy, a final-year Law and French student at Trinity, finds herself in a similar situation. She is in constant contact with the London School of Economics, where she is due to start her master’s degree in law in September.

“In fairness, they have been really good at LSE. We’ve gotten about six emails from them keeping in touch saying they are putting plans in place – they haven’t confirmed anything yet, but they are planning to go ahead as normal. They send out a monthly newsletter and it explains what it plans to do. They have backup plans.”

Indeed, a major question still looms: how do these new master’s students feel about moving abroad to a different country, only to end up spending another semester – or even a year – in a bedroom following classes on Zoom? Is it really worth it?

“COVID-19 is no joke and I would rather wait and begin my degree when we can have classes in person rather than have classes online”, Flynn says. “I haven’t even had a chance to think about backup plans. It’s really hard to plan ahead. Originally, I had wanted to take a year out to work but it is looking like it might be hard to get work once this is all over.”

Indeed, this question of deferment is not an entirely straightforward one. Speaking to Landy, it is clear that it raises more questions than answers. She has been offered a training contract with an Irish law firm, but originally deferred starting there until she had completed her master’s degree in LSE. Her contract also necessitates taking a year out to complete what is known as the “final examination”. In light of classes possibly going online in LSE, she is unsure of which she should do in September – start her master’s degree in London, or spend the year studying for her exams in Ireland.

However, it is not just the pandemic weighing on Landy’s mind – politics is also a complicating factor. Although she says doing her FE1s might be the better option now, there is one roadblock in her way: Brexit and fees.

How do these new master’s students feel about moving abroad to a different country, only to end up spending another semester – or even a year – in a bedroom following classes on Zoom?

The fees for EU students currently stand at €16,500 per year but, Landy says, this is the last year that Irish students can pay EU-level fees. After next year, she would be classified as an international student: “That pushes my master’s degree fees up eight grand more to €24,000. I couldn’t afford it at all.”

Politics and expenses aside, of course, a core part of going abroad is to experience new cultures, learn languages, and to travel. The prospect of experiencing a completely different atmosphere would naturally excite many young people. London, for example, has traditionally been a hotspot for Irish graduates, with its vibrant nightlife and endless employment opportunities. “That’s one of the reasons I chose London,” Landy notes, “so it would be a huge setback if there was no freshers week or no social events this year.”

Andy Keenan, a recent graduate of history and English from Trinity, had been accepted to start his master’s degree in political science with a specialisation in international politics at the University of Leiden in the Netherlands in September. For him classes going online will result in a partial loss of experience of the Dutch lifestyle. But he is grateful that the programme is still ongoing.

“Inevitably, I will miss out on the culture but it’s hard to complain. You know, even two months ago, I wasn’t even sure if it was going ahead. Now that they’ve said you can get everything online, I’ll be able to proceed.”

Another unexpected complication caused by the coronavirus outbreak has been the uncertainty of securing accommodation and booking flights abroad. For Pozzo Di Borgo, preparing to move to Scotland has not been the most pleasant affair.

On top of paying for a master’s degree, the prices for a room in Edinburgh are also steep, edging close to Dublin rent rates at around €650 per month for a single bed. The virus has also caused confusion with Pozzo Di Borgo’s own rental situation in Dublin – when does she tell her landlady that she is leaving so that the lease can be terminated? Will it be mid-August, as she had initially planned?

“I’m really in the dark, as I’m not sure when I’ll be able to fly to Edinburgh – there is a good chance I’d have to self isolate for two weeks when I get there,” she says. “It just means I need to plan ahead but I can’t plan ahead. It’s just a situation where I can’t be stressed because there is nothing I can do, and then there will be no way to relieve the stress.”

Indeed, with Covid-19, the immediate future of many international postgraduate students remains uncertain: should they take a leap of faith, upend their lives and move to another country during a global pandemic and hope for the best – or err on the side of caution and stay in Ireland?

The only thing that can be said for sure is that all third-level education – whether at home or overseas – will look very different from what we are used to. The reality of these changes will just be most palpable for incoming postgraduates.