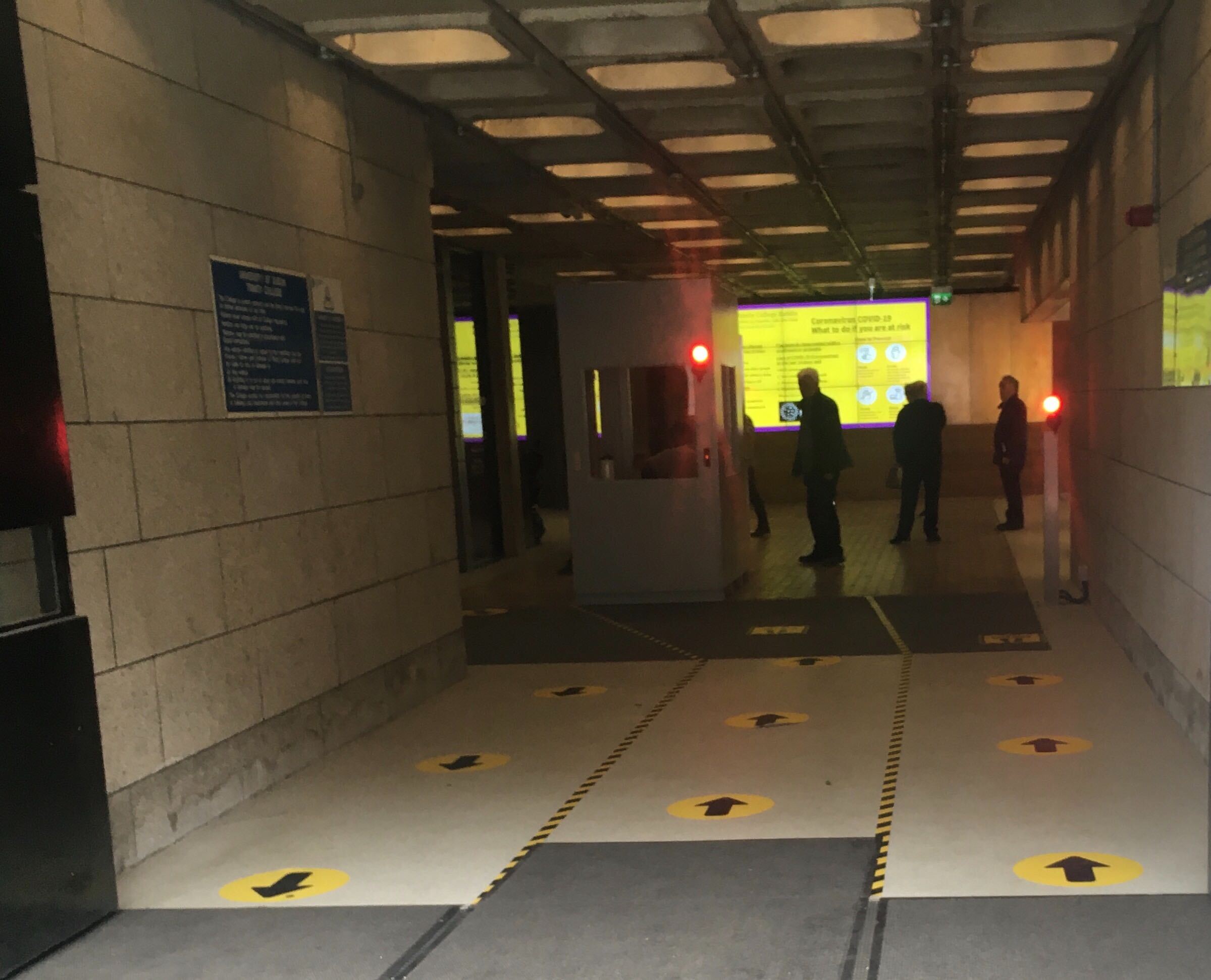 Identification card scanners and a new security hut were installed at the Nassau St entrance to Trinity today.

Student and staff members allowed on campus will no longer be able to enter College through Front Gate between 8am and 8pm. Instead they will have to enter through the Nassau St entrance, and scan their identification cards at the gate.

The scanners will also monitor who has been on campus and what hours they were on campus for so that College can trace if someone has come in contact with a carrier of the coronavirus.

The hut will be in operation for the duration of the summer break.

Trinity closed its campus in March after the outbreak of the coronavirus in Ireland. College came under fire after some on-campus residents were given a day to vacate their accommodation.

Residents living on campus and in Trinity Hall, who were told to vacate, received compensation.

Last month, The University Times reported that Ireland’s current two-metre social distancing protocols could mean Trinity is able to accommodate just 20 per cent of students for lectures on campus when it re-opens.

The Buttery will reopen on August 10th to everyone who is permitted to enter Trinity at that time, the College announced two weeks ago.