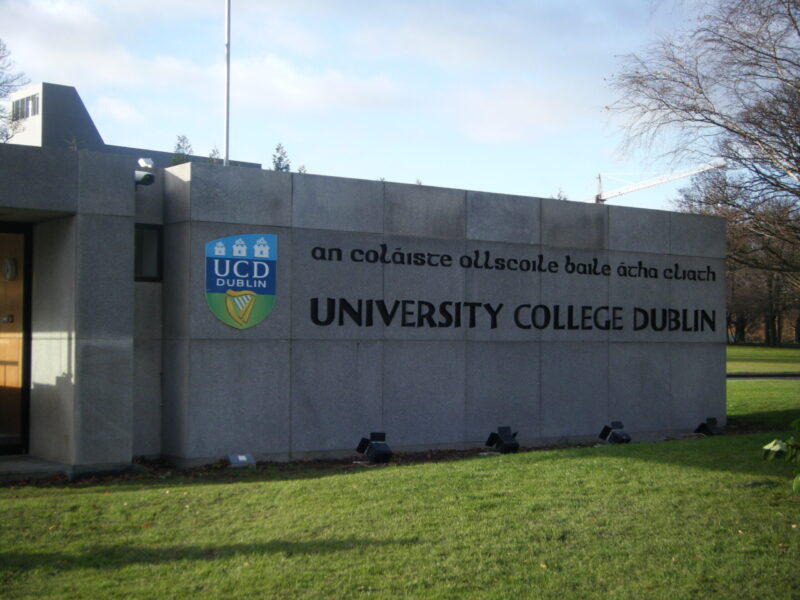 Rogers also said that the university had prepared “a number of teaching scenarios for the autumn trimester, designed to maximise face-to-face engagement between students and lecturers”.

UCDSU President Conor Anderson said in a press statement today: “We echo the concerns of academic staff regarding the proportions of in-person learning vs. online learning that management have promised”.

Anderson said that “based on a cursory look at the proposed timetables for some of UCD’s master’s programs”, the figure “seems to be an exaggeration”.

“I am worried that UCD has been over ambitious in the hopes of attracting international students and filling on campus accommodation”, he added. “This, alongside plans to increase both fees and the number of enrolled students, belies a total lack of concern for student welfare and the public good.”

“We call on UCD to be completely transparent with all its prospective students and to respond to our requests for clarification. Students deserve to make informed decisions on whether they will need accommodation near campus or if it will be safe to return to campus, and if they should travel from abroad to UCD”, he said.

UCDSU Welfare Officer Ruairí Power last week penned a letter to Prof Rogers regarding the university’s plans, saying that the union had “since been made aware of a number of concerns from students and staff members about the proportion of classes that will be taking place on campus, particularly from students with disabilities and underlying health conditions”.

“No specific guidance was offered to vulnerable students/staff in yesterday’s email, and many students are at a loss as to where they should seek further information”, he said.

In the letter, Power raised a number of questions about UCD’s reopening plans, asking whether staff were made aware of the plans before the email was sent and what public health advice led the university to determine to amount of time students would spend on campus.

He also asked what provisions would be made for immunocompromised staff and students next year and how many students would be “expected physically present on campus per day”.