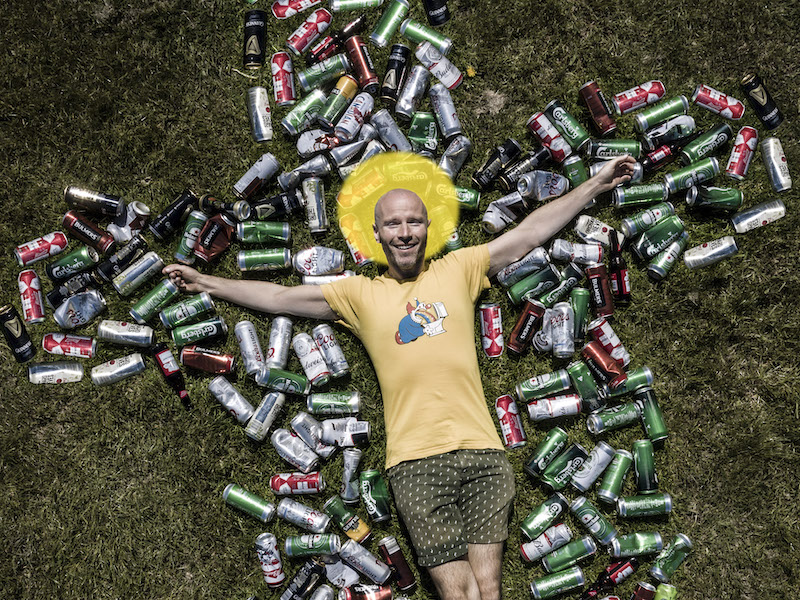 Using dark humour as a coping mechanism for trauma is a mainstay in Irish culture – and a dominant motif in acclaimed Irish comedian Tadhg Hickey’s theatre and stand-up comedy hybrid show, In One Eye, Out The Other. Hickey opened the play with the statement: “There was really just one thing I wanted to be when I grew up, and that was an alcoholic.” And with that, he set the tone for a piece saturated in dark humour and surrealism.

The one-man show followed Fergal, a Cork native, as he narrated interludes of his tumultuous past. Based very loosely on Hickey’s own experiences, these tales varied from semi-realistic to utterly fantastical, with no clear boundary. This wavering of reality and imagination captured the effects of years of alcohol abuse in an authentic way.

Alcohol dependence lay at the epicentre of the performance, as Fergal regaled his audience with descriptions of a childhood riddled with mental health issues and abuse. Though the communication of such topics may sound far from comedic in tone, Hickey’s unnerving use of humour made this play a successful comedy. Through the character of Fergal, Hickey was able to create humour alongside an important warning about the effects of alcoholism.

Fergal’s energy revealed a world where making light of calamity is the only method for survival. Taking on the appearance of stand-up comedy, the majority of the performance broke the fourth wall, helping the audience to better empathise with the extremely complex main character.

Hickey’s performance was live-streamed from a dingy looking space. Although his unmistakable energy was endearing, technically the performance was lacking. The director, John McCarthy, made little use of set and lights and, with respect to the production’s opening and closing musical interludes, there was more room for experimentation. This minimal approach may have worked for an in-person performance, but the live-streamed version simply lacked visual stimulation.

This play pushed the boundaries of what we deem to be comedy. While Fergal’s stories were humourous in their outlandishness, the line between satire and taking things too far came into question on multiple occasions. In one instance, he described the abuse he suffered in a past relationship in blatantly glowing terms. Although this portrayal may be cause for some concern, by emphasising Fergal’s emotional suppression, Hickey shines a light on the worldwide mental health pandemic.

The conclusion of the play was the highlight of the performance. In the final minutes, Hickey gave a haunting rendition of a song written for the piece by Brian Lane, in an utterly unique and stirring voice. Although the singing did not match the drunken energy of the previous hour, it seemed fitting for the conclusion of the piece. For the first time, Fergal’s suffering could be truly discerned and the tone shifted from a comedy to a tragedy.

While it may have lacked in some technical aspects, Hickey’s ability to bind humour and grief was extremely impressive. By teetering between the two, he successfully shone a light on the devastating impact that suppressing emotional trauma and alcohol abuse can have.

In One Eye, Out The Other was streamed on October 24th, from the Boys’ School Smock Alley Theatre.