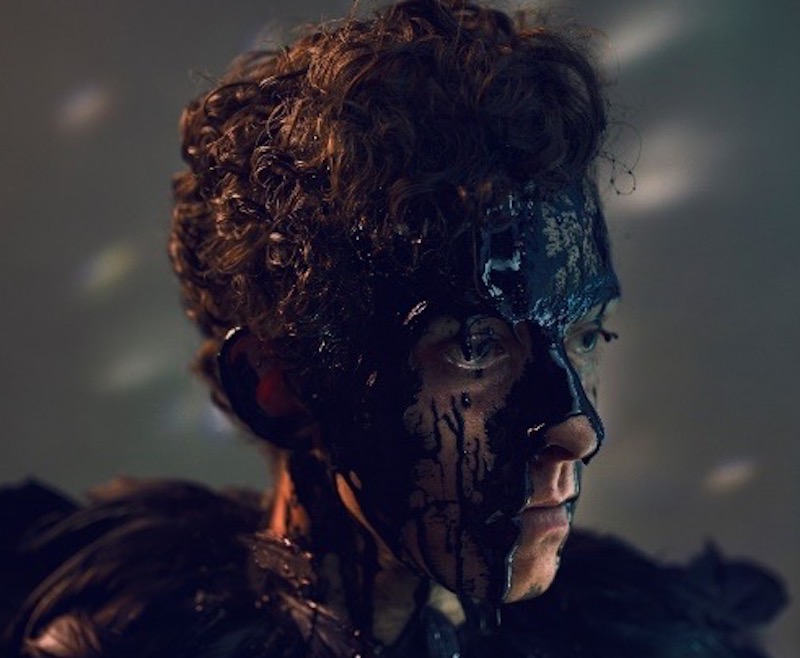 As the Irish state moves further into the centenary of its fight for independence, Fishamble’s EMBARGO, streamed live last night from the Pump House, painted a powerful picture of the impact of the fighting on common people.

The show, written by Deirdre Kinahan and directed by Maisie Lee, follows three characters: Gracie, the train driver, Jack, the coal boy, and Mary, a woman on the run, who are contemplating driving a train full of British soldiers from Dublin to Belfast during an IRA embargo. Driving the train will mean breaking the embargo and risking serious punishment at the hands of the Irish Republican Army (IRA) – but it could also mean saving Mary’s life and her children.

Kinahan’s writing captures this moral dilemma by vocalising the characters’ internal monologues – telling the story from many sides and providing the necessary background to tie the characters together.

Staged in the Dublin Port Company, the set was dominated by a collection of crates and an arrangement of pages suspended at a height in the background, which slowly became the world of the train cabin. The show seamlessly shifts from one character to another, and from dialogue to internal monologue by making use of these levels.

As a character changed levels, it increased the audience’s sense of time running out as the clock approached 10am (the time when the train was due to depart). Though a clever solution to the snags of socially distanced acting, this felt more like choreography as each of the actors danced around the stage, making space for the others. If anyone moved, they all moved – trapped in a dance of power dynamics as the decision swayed one way, and then another.

Far from romanticising the past, EMBARGO portrays the bleak reality of life at the time in Dublin, especially for impoverished people and women in particular. Mary’s character, who is scrambling to escape Dublin following a rash act of vengeful violence, describes in detail how she secured employment for her husband through sexual favours to the supervisor and the subsequent assaults that she endured.

Jack, the coal shoveller, demonstrates the dangers of romanticising stories of the past and the goals of the present – he believes in fighting for an idealised republic. By fighting so strongly for the ideal, however, he’s shown to have surrendered his empathy and ability to see the humanity in others.

Overall, the show takes a dark and sombre tone in its examination of the Irish War of Independence and the infighting among the Irish who differed in their levels of support for the movement. The ending comes quickly and could be upsetting to some – it depicts Gracie’s suicide in no uncertain terms – but it fits the examination of his motives and the overall story. In the streamed performance, the characters worked seamlessly together, with the directing and staging capturing their shifting power dynamic, and Dublin Port Company made for the perfect site.

EMBARGO is free to view through Fishamble’s website until October 25th.