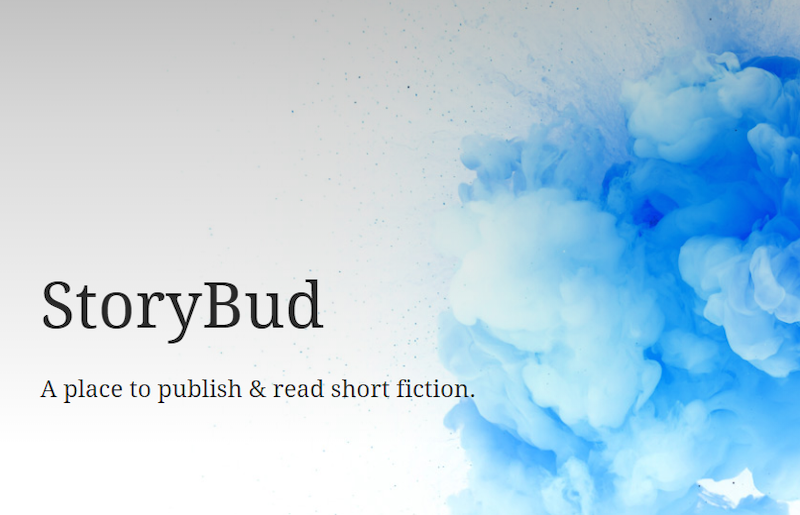 StoryBud is an online platform that invites anyone and everyone to share original creative writing pieces with a like-minded audience. It was spontaneously set up this August by Offaly-born Ray Commins, who had the humble intention of creating a place that made “the process and joy of writing accessible to all”. The summer of 2020 was an unusual one for Commins, who had been accustomed to dedicating every minute of his time into his business in the tourism sector. At the onset of the pandemic however, his usual 24/7 workload came almost to a standstill.

He was left wondering: “Will I even have a business at the end of this?” To avoid the lingering uncertainty, Commins turned to writing short stories. “I needed to do something to keep me occupied. I thought, I’ll try and lash out a story. So, I wrote one, and was quite surprised at how enjoyable it was. I then had an idea for another and delved into that.”

Struggling to sleep one night, the name “StoryBud” came to him. “It was a kind of a backward process whereby StoryBud came out of nowhere, and I thought, wouldn’t it be cool if that was a place for anybody who wanted to write short stories?”, Commins says. That very same night, he rose from bed to put together a website, and so, StoryBud was born.

“It’s not a place simply for me to put my nonsense. I want it to be this accessible, democratised place where people can feel really comfortable about putting up their writing.”

The title, StoryBud, which is an adaptation of a distinctly Irish turn of phrase, accentuates the informality of the platform and its ethos of communal literary enjoyment. “The name StoryBud kind of takes it back to ground level – it’s not so lofty.”

The website, www.storybud.net, boasts a cheery and welcoming space where literary creations can be shared among writers and readers of any calibre. Since it was set up in August, Commins has published a number of his own charmingly humorous pieces, while the platform continues to gain publicity and begins to draw in submissions.

“To be honest, I don’t even read much”, Commins tells me. Having no literary background, he is a humble example of the fact that anyone is capable of producing and enjoying literature. Saying this, his own stories certainly don’t fall short of oozing literary talent and unique charm. They follow witty, entertaining plots of distinctively Irish characters, from the reincarnation of Ronnie Drew as a tea coaster to the relatable struggles of a young teenager’s love life in Wexford town.

“It’s like when you’re a kid and you draw a picture and give it to your parents to put on the fridge – it doesn’t matter if the picture is just a load of squiggles, the kid is happy. I’d like StoryBud to be the fridge.”

“I’m hoping that the number of contributors will increase because it’s not about me at all. It’s not a place simply for me to put my nonsense. I want it to be this accessible, democratised place where people can feel really comfortable about putting up their writing”. With this in mind, StoryBud facilitates anonymous submissions as well as the option of reader feedback if desired.

Speaking about the often intimidating nature of the literary arena, Commins believes that it’s important to revel in the joy of simply creating a piece of work. “It’s like when you’re a kid and you draw a picture and give it to your parents to put on the fridge – it doesn’t matter if the picture is just a load of squiggles, the kid is happy. I’d like StoryBud to be the fridge.”

Continuing, he points out that the creative habits facilitated by lockdown merge perfectly with StoryBud’s mission: “A lot of people have ventured into occupying themselves with some sort of creativity, but they might not necessarily feel worthy of sharing it. StoryBud is not so much about the end result, but about the process.”

The site plans to continue posting new stories regularly, offering a literary escape from the current madness. While the essence of StoryBud centres around “stories” specifically, Commins doesn’t wish to deter any submissions of a different form, such as poetry.

When speaking about what constitutes a story, he succinctly says that “well, everything is a story”. It’s precisely this bright sentiment that the platform is built upon. StoryBud leaves the pressures of producing high standards of writing to fit into a specific literary niche to the wayside and, instead, simply appreciates the stories each individual has to offer.

The platform can be accessed on www.storybud.net, and can also be found on both Instagram and Facebook @storybudweb.