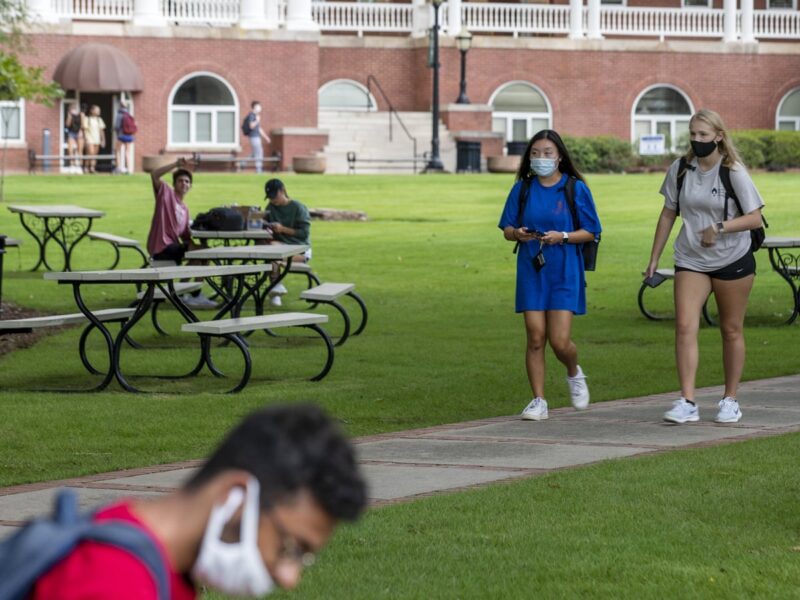 Young people in the civic sphere have traditionally been painted with a single brush, marking them as apathetic and uninformed. In the wake of mass movements for gun control and racial equality, an appetite for social justice and institutional change has emerged, spearheaded by young people. This traditional conception of young people has come under increasing strain in the Trump era. But while activism on the streets and social media spurs tangible political engagement, this is not necessarily reflected in voter turnout.

Voter suppression efforts in the US have endured since the early instances of gerrymandering, the antithesis to democracy that has been deceptively characterised as “redistricting”. But while these tactics affect all Americans, inconsistent voter identification laws, residency requirements and closed polling stations create particular obstacles for many groups of voters from African American and Latinx populations to students – preventing them from exercising their right to vote. With voter registration deadlines looming and contradictory judicial rulings about ballot deadlines, this issue has been exacerbated by the coronavirus pandemic.

Peter de Guzman, Research Program Coordinator at the Center for Information and Research on Civic Learning & Engagement (CIRCLE) explains that some young people may be sceptical of the true impact of the ballot box. He insists, however, that “young people really do have the ability to impact elections but I think making that explicit and tying that to young people’s issues they care about and [their] lived experiences can be a little difficult, and that is, I think, where educators and other organisations, as well as other young people, can really step in to fill that void.”

Jennifer Frost, associate professor of history at the University of Auckland and author of the upcoming book Let Us Vote: Youth Voting Rights and the 26th Amendment explains that “our model of political activism and political impact or influence” has changed in recent years, with frustration among voters materialising in the form of protests and insurgent – and successful – Democratic campaigns in the 2018 mid-term elections.

Young people involved in activism went on the road in 2018 to push for a Congress that would be pro gun control. They made a difference in several states

It is clear that recent examples of student activism have shifted political opinion in the U.S and have shown others how youth activism can work. Frost details this stating: “Young people involved in activism – climate change activists as well as the gun control activists coming out of Marjorie Stoneman High School – those young people went on the road in 2018 to push for a Congress that would be pro-gun control. They made a difference in several states.” Frost explains that a combination of strategies is ideal for young people to assert their involvement in the political landscape.

Benjamin Nixon, Student Advisory Board member of Campus Vote Project, explains that a significant issue is the disparities between the voting systems of individual states. A central repository of information must exist as a voting guide for students with state-specific instructions. “I hope that students that are seeking this information know that there are multiple layers that they can get information from; it comes from the internet and it comes from local elections officials – it shouldn’t come from Facebook.”

Increasing access to ballots by opening more polling stations is a beguilingly straightforward solution, but other structural issues persist within fortified institutions that are designed to restrict access. Food and housing insecurity present barriers which are increasingly affecting students across the US.

“One in four students are going to face food insecurity and one in 10 are going to face housing insecurity at some point during the semester,” according to Nixon. For those students, “voting is much less tangible […] especially when you are inside urban areas where you have this longitudinal, unfettered globalisation which has basically disenfranchised entire classes of people from upward mobility where they really have limited opportunities to actually maintain a living.”

In order to achieve meaningful change to the voter suppression tactics that engender political apathy, these repressive structures must be dismantled. Prominent among them are pushing the notion that voter fraud is a key issue in the political landscape. Nixon counts voter fraud as “the number one argument you hear for why voters are disenfranchised,” but that it “doesn’t really exist in the way that they say it does”.

“Indeed, recent studies have shown less than a half of a per cent of ballots that have been cast in elections over the last decade and a half were in some way irregular. That does not imply fraud – that could be something totally erroneous on the part of the person who filled out the ballot. Most instances of voter fraud have to do with somebody harvesting ballots and they are almost always caught.”

Frost explains that the residency requirement is a structural flaw that is not workable in the context of a presidential election, where locality is not a decisive factor. “If you have to live somewhere for three months before you can vote and you’ve just moved there for college or university, that’s hard to get. In places where you have voter ID laws, there are states – and I think Texas is one – where you can use a gun licence for your voter ID but you can’t use a student ID to make the case of who you are.”

“The partisan calculation is never fully accurate,” Frost explains. Although the 26th Amendment of lowering the voting age to 18 was the product of bipartisan cooperation, there were concerns in the Republican Party from the beginning that this would favour Democrats. From a climate of distrust and power concentration, polarisation along party lines has emerged. Voter suppression tactics, Frost insists, cannot be untangled from their partisan roots.

Registering people is one thing, but getting them to the actual polls is a whole other thing in and of itself

Chris Reed, Washington DC Coordinator at HeadCount, a nonpartisan organisation to empower and inform young people, “we have registered more people this year than in any other year in the past, owed to the people we have partnered with this year”. Even amid the pandemic and the responsive shift to the digital realm, Reed explains “I think we’ve finally found our stride.”

“Registering people is one thing, but getting them to the actual polls is a whole other thing in and of itself, and as the deadlines approach, that’s the time we’re entering right now – making sure we remind people and get them to the polls”.

Reed proposes “uniform rules across the country” rather than the state-specific rules at present to address the alienation that young people may feel. In addition to dispelling misinformation and closing the gap between political knowledge and engagement, the politicisation of ballot access presents another difficulty. “This is the first time it has really become a partisan matter on mail-in versus in-person voting – during a pandemic.” For students living and studying out-of-state, this is particularly salient.

With political discourse retreating to the online sphere, and to social media, in particular, young people are inundated with information. Extracting media that provides concise, clear information about voting and ID requirements should not be difficult, but the process of promoting lifelong engagement begins with information provision. De Guzman explains that “elections in America form an episodic ecosystem where there is a lot of money, investment and attention in the short time periods before elections, but really, year-round youth engagement and investment in young people as assets and experts in their own experience is really needed to build a community of civic actors that have everything they need to be fully engaged.”

The movements that have swept the United States during the Trump years is a positive sign for future youth engagement. A poll conducted by CIRCLE, published in June 2020 showed that 27 per cent of young people aged 18-24 say they have attended a march or demonstration and that 60 per cent feel like they are part of a movement that will vote to express its views. De Guzman explains that it is “an overstated concern, potentially, that young people will protest and not vote. I think that young people this year are really seeing that they have that power to vote to create social change.”

Morgan Hildula Secretary of the Politics Society and a third-year PPES student hailing from San Francisco explains how barriers to voting can affect certain demographics in the U.S highlighting a particular problem in the state of Texas: “In some counties in Texas there is only one ballot box per county. So you might have to drive and queue hours to put your ballot into the ballot box.” Hildula goes on to point out that voter fatigue is another reason why turnout may be particularly low among young people, saying “the fact I had to vote for the Board of Education and like I don’t care. I don’t know any of these people.”

The disparity between levels of voter engagement among young people and awareness about online registration and mail-in voting is a concerning issue, exacerbated by the absence of consistent federal-level voting requirements. The voting system is not conducive to democratic representation, especially when the structural barriers are raised at the intersection of awareness and access. With every closed polling station and strategic restriction imposed to concentrate political power, the often lauded statement “One person, one vote” is starting to look less like a principle and more like a faraway ideal.