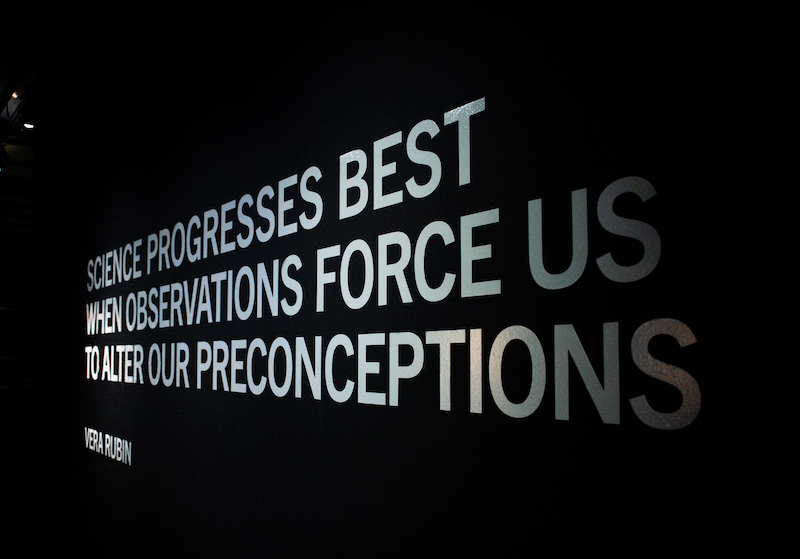 If you ask people what kind of superpower they would like to have, some might say the ability to fly or to read people’s minds. Others might have marvelled at Harry Potter’s invisibility cloak. The latter’s appeal rests on our natural human curiosity for the unknown, and humanity’s continuous urge to uncover truth. This is the theme of INVISIBLE, the latest Science Gallery Dublin exhibition, which will now be running online until December 20th.

With 95 per cent of the universe still a mystery to scientists, INVISIBLE endeavours to discover the unknown through the lenses of art, philosophy and science. Seeing as no background knowledge of physics is necessary, the tour begins with a short definition of dark matter and dark energy, and why they are important areas of study. While the research itself might sound challenging, this conversation is not overwhelming and, instead, invites you to slowly explore the theme through the senses. From learning about the physical laws of cartoons, to creating your own universe on paper or listening to the “radio” of the universe, INVISIBLE is at every turn surprising and enlightening.

INVISIBLE not only examines the limits of human knowledge, but also analyses the role that artists and scientists play in the process. Indeed, the Science Gallery’s mediators invite attendees to take a critical look at the under-representation of minority voices in historiography, particularly in STEM.

The short-film “Dark Matter”, directed by Adeyemi Michael, tells the story of Black women in STEM through the voice of pioneer Vera Rubin, who presented some of the first evidence for the existence of dark matter. On the Science Gallery Dublin’s website, you can delve deeper into this topic by watching the short film and an accompanying panel discussion.

Meanwhile, Yu-Chen Wang’s installation “There’s more to it than meets the eye” depicts scientific instruments in drawings, accompanied by recordings of conversations with physicists about their research methods for dark matter. While some conduct experiments underground, other physicists attempt to reproduce it in laboratories like CERN (European Organisation for Nuclear Research). The installation encourages viewers to imagine why scientists often dedicate their life to study this mysterious matter without the reassurance that they will find anything pivotal.

The enhanced visibility of the mediators of INVISIBLE is the winning feature of the exhibition. The individual experience of being guided and inspired by someone, who is not only knowledgeable but also passionate about the content material of this exhibition, is a decided pro of hosting the exhibition online.

Admission to the virtual exhibition is free, although pre-booking is required through the Science Gallery Dublin’s website until November 27th.