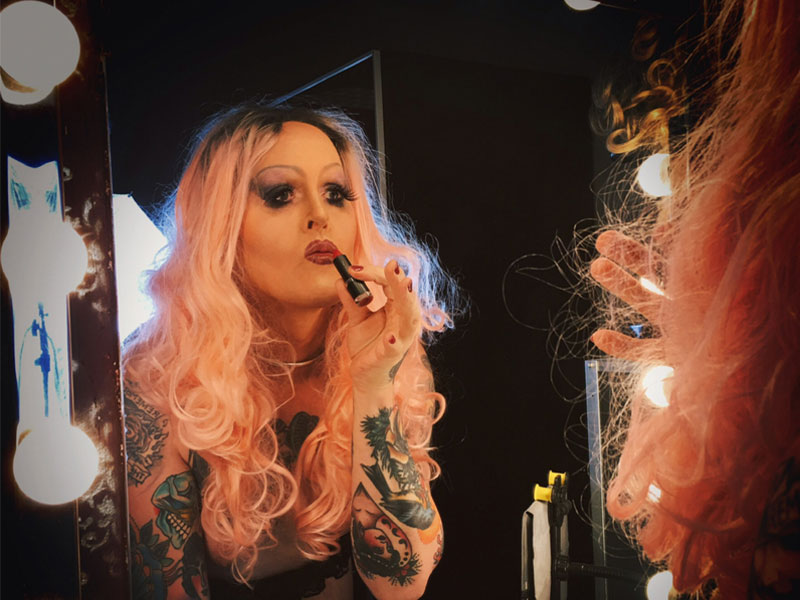 Adeline Berry says that the 2017 legislation does little to protect some of the “most vulnerable” in society, insisting that it represents a form of “morality policing”.

“Everybody in Ireland knows a sex worker. Everybody does”, Adeline Berry tells me over the phone on a brisk, early autumn afternoon. Raindrops slide down my window, but for the hour that I am speaking to Berry, I wouldn’t have noticed if a car had skidded through my front room. She does not mince words.

Berry is a trans and intersex person who has earned a living as a sex worker for most of her life. She was born in Ireland but left back in 1992 – back when it was still illegal to be gay – for America.

“I grew up in a Catholic house of secrets and shame, and I refused from a very early age to be that way”, Berry says.

She points out the prevalence of sex work in a country still plodding along to the tune of the Catholic Church, an institution which has persisted in its condemnation of any form of conspicuous sexuality. Magdalene-funded NGOs have kept the institution’s foot in the government’s door – and its influence on legislation related to sex work has been nothing short of pernicious.

Berry and her wife moved back to Ireland from America several years ago, and Berry was swiftly confronted again by Ireland’s stigmatisation of sexuality. I called Berry to discuss the recent review of part four of the Criminal Law (Sexual Offences) Act of 2017, a legislation that has, rather covertly, taken a sledge hammer to the lives of sex workers across Ireland, such as Berry.

“If you had to draw up a law to destroy the most vulnerable segments of society, I don’t know if you could do a better job.”

The 2017 legislation outwardly claimed its goal was to protect vulnerable persons. Part four of the act outlined two new offenses, namely “paying for sexual activity with a prostitute and paying for sexual activity with a trafficked person”. This, supposedly, carved out a pocket of safety for sex workers: the purchase of sex would be criminalised, but the selling of sex would not be.

The act was initially received as being progressive, in line with the Nordic model which criminalises the buyer and decriminalises the sex worker to decrease demand for sexual services. But as it neglects to deal with the rudimentary issue of why sex workers enter the industry in the first place, the law has been decried by sex workers in Ireland and across the globe, as well as by groups such as Amnesty International and the World Health Organisation.

“If you had to draw up a law to destroy the most vulnerable segments of society, I don’t know if you could do a better job”, Berry says.

She is not the only one to make this point.

“The reality of this law is that vulnerable women of colour have been imprisoned, and women have been the victim of brutal assaults”, Caroline West tells me via email. West is a lecturer in health and social care and is the host of the Glow West podcast, which addresses questions about sex, sexuality and the body. She says she has always taken an interest in the inexorable link between sex and shame, particularly in Ireland, and explored the disconnect between how sex is spoken about versus actual, lived sexual experiences in her PhD .

The lingering culture of shame around sex and female sexuality in Ireland compelled West to unravel the reasons behind such a negative perception. It is, however, difficult to untangle this abiding attitude from the laws that have enforced it for generations. West points out that up until the 1970s, Irish law forced women to cease employment upon marriage and did not criminalise rape within marriage until the 1990s. According to West, sexual repression and misogyny has a long and entrenched history in the Irish legal system.

The 2017 legislation is further moral policing.

Both Berry and West mention this phrase – “morality policing” – a number of times. In the new legislation, the criminalisation of certain aspects of sex work has more to do with latent, God-fearing perceptions of morality than with the safety of sex workers, they insist. In fact, the legislation makes the work more dangerous because sex workers have become less likely to seek Garda support. 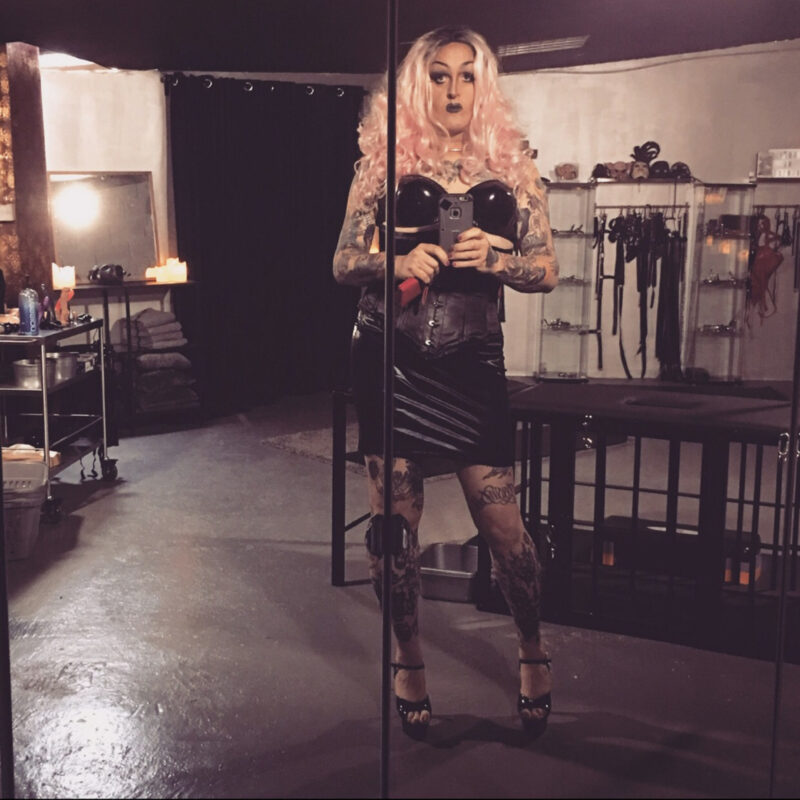 Adeline Berry, who does work with Sex Workers Alliance Ireland, has earned a living as a sex worker for most of her life and has been vocal about the harm facing women in the industry.

“This was rasied by sex workers before the laws passed, was ignored, and has now been proven to be correct. Violent attacks on sex workers have increased by 92 per cent, and those are just the attacks that we know about”, West explains.

Then there is the misleading conflation of sex work with human trafficking, which has detrimentally placed consenting sex workers under the same legislative banner as sex traffickers. The homogenisation of “sexual activity with a prostitute” and “sexual activity with a trafficked person” was one of the many fatal flaws in the legislation. It is crucial to make the distinction between consensual transactions between a customer and a sex worker with the objectively nonconsensual trading of victims of sex trafficking.

Berry notes that Ireland has, in just three years, become one of the worst countries in the world for human trafficking, which she believes is directly related to the passing of the 2017 legislation and its ill-considered fusing of trafficking with sex work.

The vast majority of trafficking has notably been traced back to manufacturing, agriculture, construction, and fishing industries, Berry says, but the workers in all of these industries are not similarly subjected to eviction, shaming, abuse, and discriminatory laws in supposedly righteous efforts to “fix” the problem.

The law also charges sex workers for “brothel-keeping” when they work in pairs, meaning they are forced to work alone in order to avoid indictment on this count. Naturally, this proviso has endangered sex workers inordinately.

“When was the last time you saw a Garda wandering around by himself?”, Berry raises by way of example. “They don’t, they walk in pairs for safety. Now, everyone will admit that sex workers are vulnerable, generally you’re from the most vulnerable segment of society: you’re in Direct Provision, you’re transgender, you’re undocumented. You’re vulnerable.”

West expounds on this point, noting that violent clients often take advantage of this vulnerability. She also mentions the difficult position this puts sex workers in when it comes to the law: “The legislation cannot charge sex workers as brothel-keepers, then expect to support them to exit sex work – criminal charges make it less likely they will gain alternative employment.”

“Just because others may not want to do it, doesn’t mean that sex workers should be forced to be unsafe and at risk of violence and trauma.”

Berry herself has had to endure the fallout of a law which fails to offer either empathy or exit routes to sex workers in Ireland. Relentless harassment at the hands of the Gardaí has brought both Berry and her wife – who is also a sex worker – to the precipice of suicide, she tells me.

After enduring continual raids at their rented space on the grounds of “brothel-keeping”, Berry and her wife were evicted and lost everything when the Gardaí placed persistent pressure on their landlord.

But Berry is not one to go down without a fight.

She became involved in outreach with Sex Workers Alliance Ireland (SWAI), a peer-led service for anyone who sells sexual services in Ireland. Because there is a small number of staff at SWAI, the kind of work Berry does for the organisation is “really anything and everything, being there to take a call”.

“We’re up against basically the entirety of the Catholic church and the NGOs that they spawned”, she says.

Berry contends that the misogyny of a country indoctrinated by shame-inducing religious ideology has invariably led to the legislation which never really intended to protect those in question anyway.

The legislation, she insists, has instead added fuel to the fire.

Berry calls out legislators for ignoring the root and cause of sex work in Ireland. “Well, you don’t see them going, ‘how do we remove their need to enter sex work?’. It’s just: ‘How do we stop the clients?’”

“Everybody is doing [sex work] to keep a roof over their heads, but there are certain people who can’t find conventional employment – like we have people in direct provision”, she adds.

Berry says that now that she is being paid for her contributions to a big research project, she has been able to make ends meet lately without relying on sex work. She is currently working on her PhD as well. Providing the resources to make money in other ways, and thereby staunching the necessity for sex workers to enter the field, is the solution to curtailing the harm that sex workers face.

“Many people say they would never want to do sex work, or want their kids to do it – but they also wouldn’t want to be in a situation of poverty, substance abuse, or at risk of homelessness”, West says. “Just because others may not want to do it, doesn’t mean that sex workers should be forced to be unsafe and at risk of violence and trauma.”

Berry brings up the same point: “Just because some rich woman can’t imagine doing sex work, doesn’t mean we should punish somebody with zero other resources.”

A provision was included in the act which states that a review will take place three years following its commencement. The Department of Justice and Equality has said on the government website that it has commissioned an “Independent Expert to review the operation of Part 4 of that Act, which deals with Purchase of Sexual Services”.

The results of this review have yet to be published.

Neither West nor Berry miss a beat when I ask what the ideal solution is.

“The big ask would be full decriminalisation. That would be my big wish. I don’t see it happening, but at the very least, we could overturn brothel-keeping laws”, Berry says.

West explains what decriminalisation would look like: “This would mean that sex workers have access to support services, less risk of violence, less stigmatisation, improved relationships with policing authorities.”

But, most importantly, she says, “it would mean a recognition that the experts in sex work are sex workers themselves, and that sex workers need to be at the heart of every conversation about sex work”.