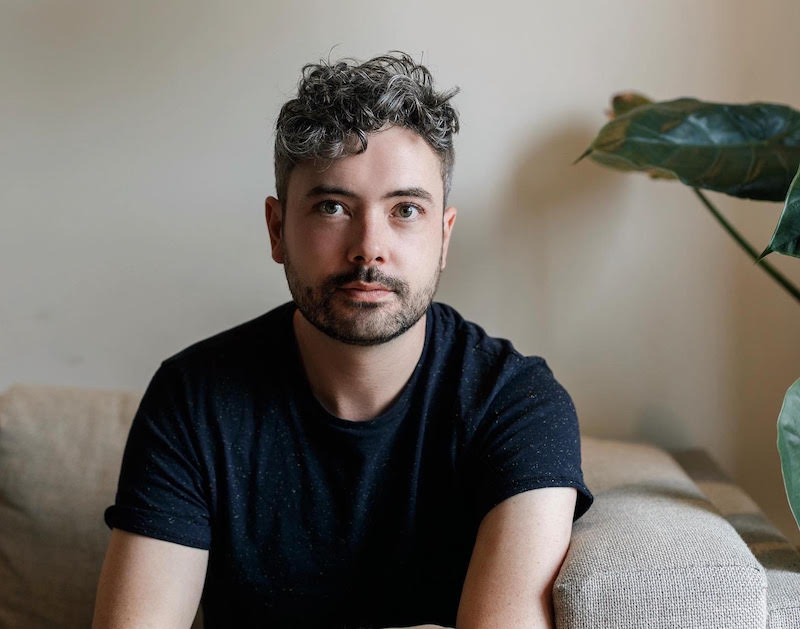 In the sea of impressive and successful characters housed in Trinity’s English department, Seán Hewitt is a particularly remarkable individual. Akin to the likes of Batman or Hannah Montana, he lives out the best of both worlds as an academic and a writer. As well as being an English Literature lecturer, he is an established poet whose debut collection Tongues of Fire has been shortlisted for the Sunday Times Young Writer of the Year 2020. He also recently announced a forthcoming memoir, All Down Darkness Wide, with Jonathan Cape, that is set for release in 2022.

Clearly a man of many talents, Hewitt humbly admits, in conversation with The University Times, that his most recent project has been a daunting venture. All Down Darkness Wide is a memoir that will also look at two other poets: Gerard Manley Hopkins and Swedish Modernist poet Corinne Boyer.

Adjusting from poetry to prose – which, at a very basic level, simply requires significantly more words – has been difficult for Hewitt. “There are so many places to doubt yourself along the way”, he says. And, for the rising literary star, the book’s release is daunting in and of itself, the writing of it aside: “I think by the end of the book people will know more about me than I probably feel comfortable with.”

The memoir will reflect on what it’s like to grow up not being straight in a heterosexual-oriented world, with a view to prompting people to think about how this experience might alter the development of a young person’s character. Despite Hewitt’s reluctance to be so publicly vulnerable, he admits that the more he delves into the memoir, “the angrier I’m getting – the more I feel compelled to actually make a difference”.

Throughout our conversation, Hewitt is careful not to say too much about what the finished product of his memoir will look like, as he isn’t entirely certain himself. What began as a novel-writing project to fill his empty evenings living alone in New York in 2018, gradually revealed itself to Hewitt as a non-fiction book exploring his own life. “It’s been about three different books already, which is why I’m reluctant to say where it will end up”, Hewitt explains. “I’m letting it teach me along the way what it wants to look like.”

Aside from Hewitt’s new prose writing endeavour, he is also among this year’s shortlist for the Sunday Times Young Writer of the Year Award for his poetry collection Tongues of Fire, which comprises poems reflecting on nature and mortality. The debut poetry book has done much better than Hewitt “ever thought it would”, having received exceptional praise and reviews, and placing him as the only poet on this year’s shortlist for the Young Writer of the Year award. “It’s particularly nice because poetry doesn’t often get mainstream readership”, Hewitt adds, explaining his delight that a judging panel which didn’t include any poets enjoyed his book as much as they did.

Though Hewitt’s current focus is on his memoir, he comments that poetry will always be the form he values the most. His interest in writing prose is fuelled by his acceptance of poetry’s limits, he says. Elaborating on this, he refers to the smaller readership that poetry draws, and the shorter amount of time spent with the reader: “If you want to, as I do in this case, make an argument and get people to listen to you, I think prose is the way”.

It is tempting to wonder whether Hewitt felt a clash between his careers as both an academic and a creative writer. But he says that he finds the two to have a symbiotic relationship. His academic reading feeds into his creative process, he tells me, often sparking ideas for poetry.
One must be strategic with their time, however, as Hewitt has found that academic works can “subsume everything, and that’s the danger with them – they can become tyrants”. Hewitt is part of the way through writing his second academic book but contends that it has been put on the back burner until his memoir is finished.

As Hewitt’s first year in a teaching position, what does he have to say about Trinity? Only good things it seems: “I love the students and it’s nice to be able to talk about literature all day, it’s a privilege.” During our Zoom call, he points to a wall of empty bookshelves behind him which line his new office, joking about how his recent working days have involved “bringing in a bag of books a day” as he moves in.

Seán Hewitt’s debut poetry collection Tongues of Fire is available to purchase from all good bookshops.