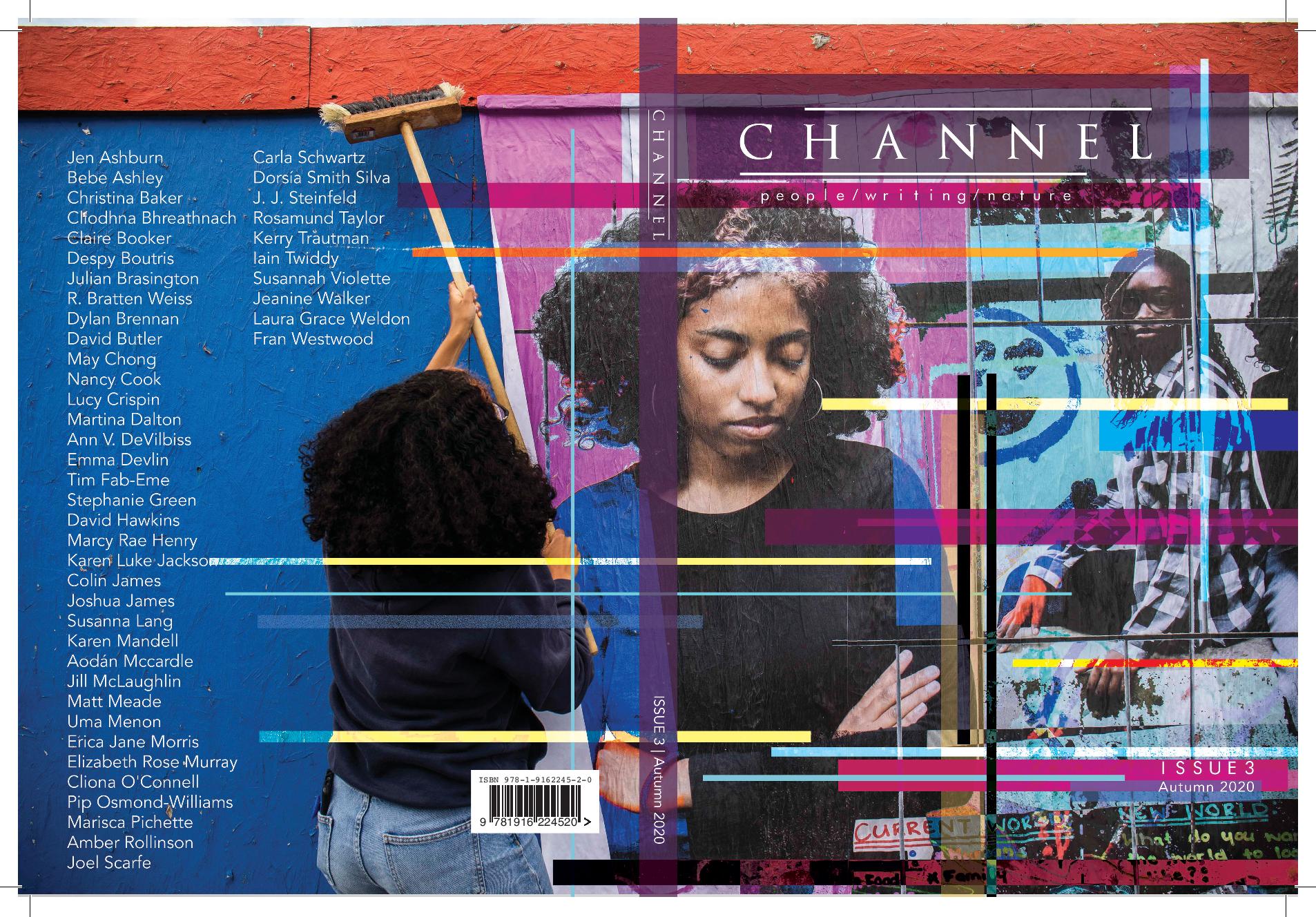 Connection with the natural world has been Channel magazine since the publication of its first issue in October, 2019. It was set up to provide a space for creative works that aim to restore our ties with nature amid the current climate movement. The publication’s November issue focuses on issues of human rights and racial injustice in relation to climate.

The themes of the issue are reflective of last year, which saw the media highlight the unequal effects of climate change across the globe, identifying the “Most Affected People and Areas” as those who have been racially exploited throughout history. Having received an abundance of social-issue-based submissions for Channel’s third issue, the editors put together an issue featuring the work of 47 poets and prose writers from across the globe.

In conversation with The University Times, editors Cassia Gaden Gilmartin and Elizabeth Murtough discussed the origins of Channel and what sets its November issue apart from previous ones. They decided to set up the magazine on the day of the first international climate strike in March 2019. Both writers had experience in activism and thought the publication would suit their skill sets while contributing to the climate movement.

Despite the challenges of publishing in the middle of a pandemic, Gaden Gilmartin felt there was “a particular sense of energy and community” behind the November issue. This was reflected in the over 1,700 pieces of poetry and prose they received, which was a massive increase in submissions compared to previous issues.

Publishing in the wake of the resurgence of the Black Lives Matter movement had a notable influence on the content of submissions, the editors point out, with a distinct connection being drawn between environmentalism and issues of race. This reflects the ethos of Channel, who believe that “racism, classism and all forms of oppression share roots with the environmentally destructive practices we see today, and that none of these problems can be solved in isolation”, Gaden Gilmartin explained.

Contributor Dorsia Smith Silva also spoke with The University Times about her featured poem: “I wrote ‘Dilemma of July 2020’ to show how global warming and climate change are harming Puerto Rico.” She went on to explain that “the recent drought and active hurricane season were caused by society’s inability to protect the environment”.

Smith Silva was compelled to write about an area of the world disproportionately affected by climate change because “it was heart-breaking to see the earth suffering – everything literally turned brown and dry – during the drought”. She also expressed disappointment about how the United States had overlooked the crisis and failed to provide assistance. This is an all-too-common example of powerful states failing to take accountability for problems caused, largely, by their colossal carbon footprint, for which disadvantaged areas such as Puerto Rico will now suffer.

Marisca Pichette, another contributor whose short story “Daffodils are Lonesome” featured in the recent issue, explained the key themes of her story in an email to The University Times. “Sunyo as a character struggles with her vitiligo, something she can’t hide, and which sets her apart from others”, she elaborated. “The second theme following Sunyo through her life is the way landscape is altered around her, the places from childhood tilled under new forms.”

Pichette drew some inspiration from her own experiences when writing, she admitted, revealing that Sunyo’s storyline “parallels insecurities [she] had growing up with a name continuously mispronounced, and a condition that created spots of different shades on my skin”. Concluding, she added: “I strive to create diverse worlds in my work.”

Channel also collaborated with the young people of Cork Migrant Centre for this issue, whose work on the My Generation project is featured on the cover. The project provided workshops for young people in Cork which encouraged explorations of equality through art, a practice deeply embedded in the values of Channel.

Through the creative works comprising this issue of Channel, the editors aimed to “affirm the importance of an intersectional, human rights-oriented environmentalism”, Murtough explained, adding that they both believe this “to be the only kind of functional environmentalism”.

Issue three of Channel magazine was launched on Thursday, November 26th. It is available now for Irish and International order via www.channelmag.org.