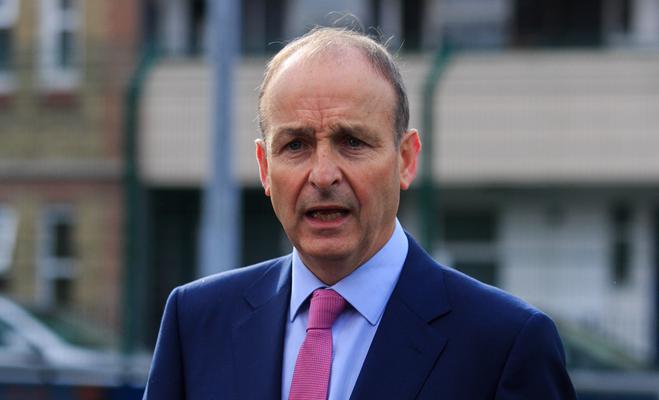 Today, the government unveiled its Economic Recovery Plan, a €3.6 billion spending package with a major focus for the higher- and further-education sector.

With a major focus on the decarbonisation of the Irish economy, the plan lays out programmes aimed at producing a “pipeline of highly skilled graduates” for Ireland’s economy in the future.

Minister for the Environment, Climate, and Communications Eamon Ryan described the plan as “going green, going digital and investing in the skills of our young people”.

Here are three key takeaways for students and the higher education sector.

Focus on Upskilling and Reskilling

The government recognised in its announcement that many jobs from before the pandemic are unlikely to return, and have made upskilling and reskilling – focusing on green and digital skills – a priority.

Adding to the new places in higher education and training announced last July, the government now plans to introduce a further 15,000 places.

While this news will be welcomed by those previously shut out of higher education, universities are already struggling to increase capacity in certain subjects.

Additionally, the government has announced €114 million in funding for the EU-supported initiative SOLAS Green Skills Action Programme, which helps workers to develop skills required for a low-carbon economy.

With a similar focus on providing employees with green skills, Trinity recently introduced a postgraduate certificate in sustainable development for business. The certificate aims to allow graduates to take advantage of the “opportunities for driving competitive advantage through a sustainable business model”.

The recovery plan promises the development of a new and sustainable funding model for the higher education system.

Technological universities form an important part of the government’s plan to “re-commit to the vision for Ireland to be a Global Innovation Leader”.

As part of the National Strategy for Higher Education 2030, the government aims for the institutions to produce “industry-focused research” and innovation that can address regional issues.

While the plan does not go into details about changes to the sector’s funding, the government will develop a new National Strategy for Research and Innovation this year, which likely will set out a long-term policy.

The higher-education sector has also been given a new €71.6 million investment in the National Grand Challenges Programme. Administered by Science Foundation Ireland, the initiative aims to “incentivize researchers to deliver tangible impact for society in areas such as health, agriculture, and climate”.

In a press statement, Minister for Higher Education Simon Harris said: “To keep pace with future change and to ensure people can return to sustainable jobs, a higher and further education model centred on apprenticeships, transferrable skills and flexible education responding to evolving skills needs, and lifelong learning is required.”

The recovery plan recognises “the disproportionate effect of the pandemic on young people,” and promises the government will “work intensively with young people at greater risk of long-term unemployment”.

Pointing to the fact that 46 per cent of those on the Pandemic Unemployment Payment (PUP) are under the age of 34, the plan outlines an expanded Jobs Plus scheme with 8,000 places and increased incentives for companies who hire unemployed young people.

But today’s package also includes the ceasing of PUP for students, a move which was sharply criticised by the president of the Union of Students in Ireland.