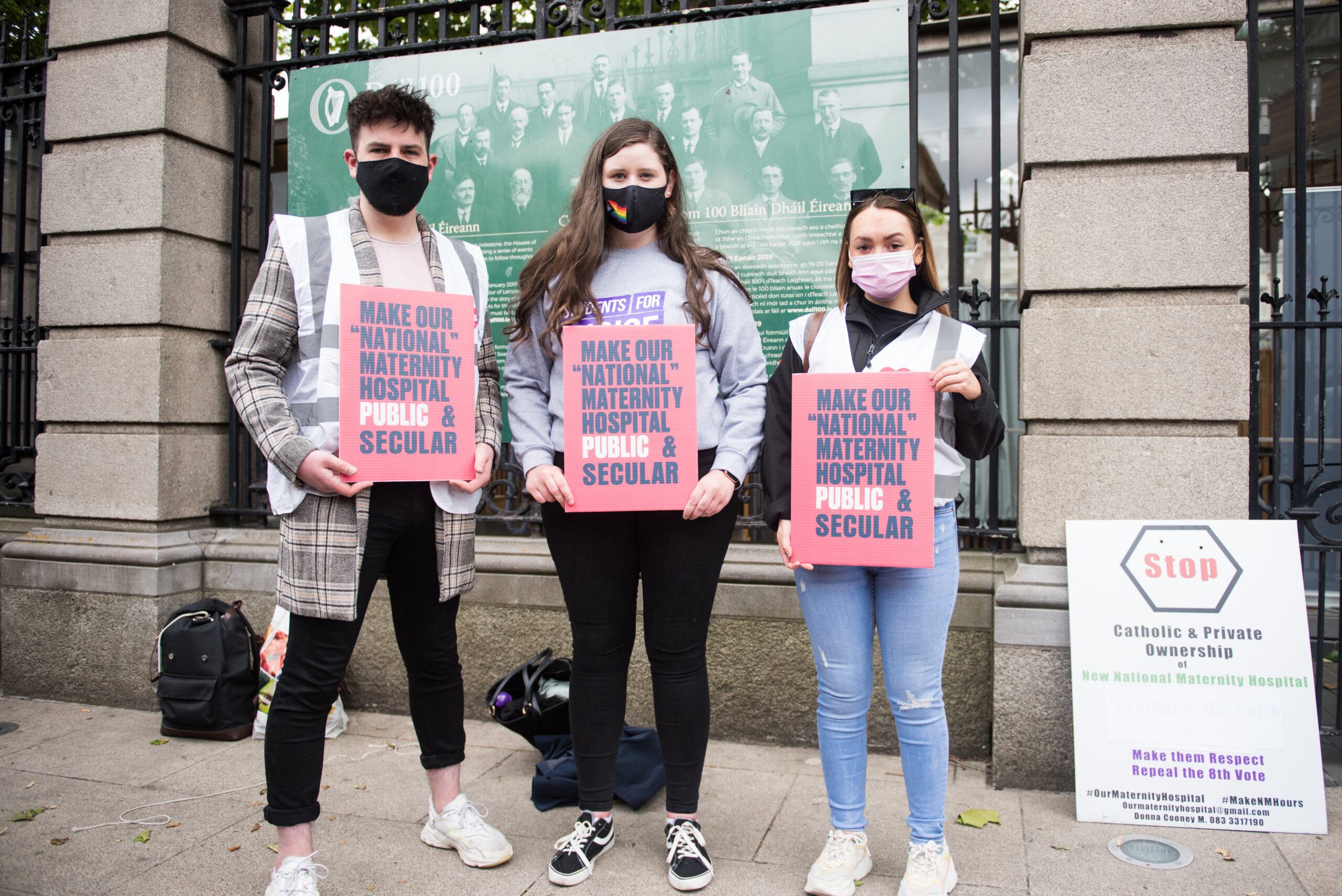 Student leaders joined protesters outside the Dáil today calling for the new National Maternity Hospital to be publicly owned.

The relocation of the National Maternity Hospital from Holles St to the site of St Vincent’s Hospital in Dublin 4 is currently at the centre of a complex row over ownership.

A small cohort of representatives from the Union of Students in Ireland (USI) were among the roughly 700-strong crowd.

Speaking at the protest, USI Vice President for Equality and Citizenship Marie Lyons said: “We are proud in USI are proud to stand with you to call for a national maternity hospital that is publicly owned and wholly secular. In 2018, 1,429,981 of us voted yes. We voted to ensure that women could have access to safe healthcare across this island.”

“In 2021”, Lyons said, “we still have counties across Ireland with no access to abortion services”.

“Throughout our history, the Union of Students in Ireland and students’ unions across the country, some of them here today, have been fighting. We have been calling for accessible abortion services.”

“USI and students’ unions provided contraception and abortion information when it was illegal to do so. We were taken to court, we were threatened with prosecution, and we continued to support those most in need.”

“We need commitment from the minister that this national maternity hospital will be completely owned by the public”, she added. “We can’t accept the government plans as it stands.”

The Religious Sisters of Charity, who own the land at St Vincent’s Hospital, have said they intend to transfer ownership of the site to a new charity, St Vincent’s Holdings, which would in turn lease it to the State.

Opponents to this setup have said that religious input in the running of the hospital could mean that procedures which contradict Catholic doctrine, such as abortions and gender realignment surgery, could be banned in the hospital.

Former Master of the National Maternity Hospital Dr Peter Boylan told RTÉ’s DriveTime earlier this week that “the ownership of the land is critical, and everything else flows from that. There is no way that the Sisters of Charity will be able to hand over ownership of the land without the permission of the Vatican”.

The government and St Vincent’s Healthcare Group have said there will be no religious input in the running of the hospital.