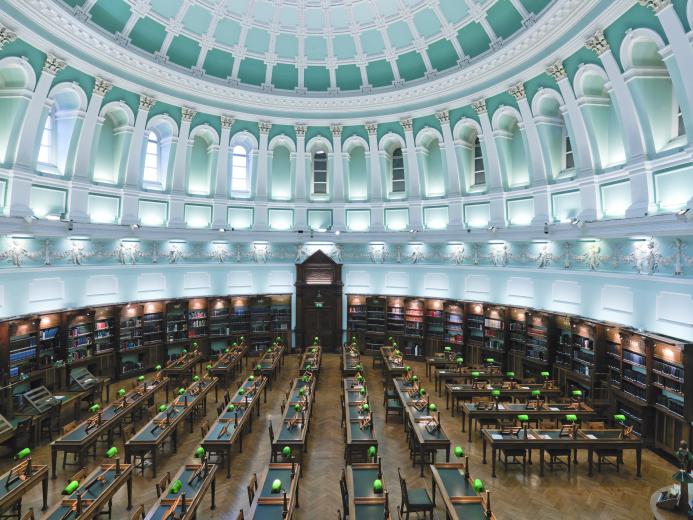 A century after the partition of the island of Ireland, conversations are still being had regarding borders, division and the range of experiences on either side of the border. Vastly different opinions tend to be evoked by this period of Irish history, and unresolved feelings remain on both sides. The National Library’s new conversation series Border Literatures seeks to delve into these issues with a new perspective. The series will span several months, and plans to redirect discussions hinged on ideas of “us” versus “them” and acknowledge that in Ireland, as Prof Nicholas Allen, the co-curator of the Border Literatures series, summarises: “There has always been room for a great multiplicity of voices.”

The online event, moderated by Prof Allen, will consist of five discussions, a continuation from the opening event that was held in September. Each segment in the series is dedicated to a different literary work that explores borders as the main subject. Although these discussions are intended to reflect on the concept of borders exclusively in Irish literature, they will also feature discussions about borders in Asian, African and European contexts, held by a panel of international writers.

In the opening event of the series, the conversation among Irish academics Garret Carr and Dónal Hassett extended to Bulgarian poet and writer Kapka Kassabova and Indian author Suchitra Vijaran, who have published works that explore the impact of geography and politics on human destiny in the southern Balkans and works engaging with the concept of borders in India, respectively.

Each of the subsequent events will be organised in a manner that the public can also contribute to the conversations, with the possibility of people submitting questions to the Zoom chat feature at the beginning of the discussion. Together, the panel of writers and the public will be able to interact virtually and launch into an exchange of ideas and opinions about works by writers like Andrea Carter, Eugene McCabe, Sue Divin and Seamus Heaney.

“You are being invited to share something”, says Allen, who intends for these conversations to highlight a diverse range of literary perspectives; perspectives that do not always necessarily feature in historical conversations about borders. The discussions over the course of the series will be inclusive in nature but will not, as Allen notes, assume that “all partitions are the same, or even equivalent”. They will begin with finding common ground in each individual’s experience of borderlands and, from there, they will “approach larger questions of belonging and separation through narratives that centre the humane in contexts of sometimes near and unimaginable suffering”.

Perhaps there is no better place to explore a kaleidoscope of experiences relating to borders than in Dublin, a destination Professor Allen deems a “city of refuge” which he believes has, for years, “welcomed generations of people from other places”, including Allen himself during his years as a PhD student in Trinity.

The second event of the series will take place on October 20th and will continue to, as Allen articulates it, “find among the debris of the last century a language of empathy and comparison that can say the unsaid, welcome the unwelcome, and think the unthinkable, a literature without borders”.

To register for the upcoming events, visit the National Library’s website.