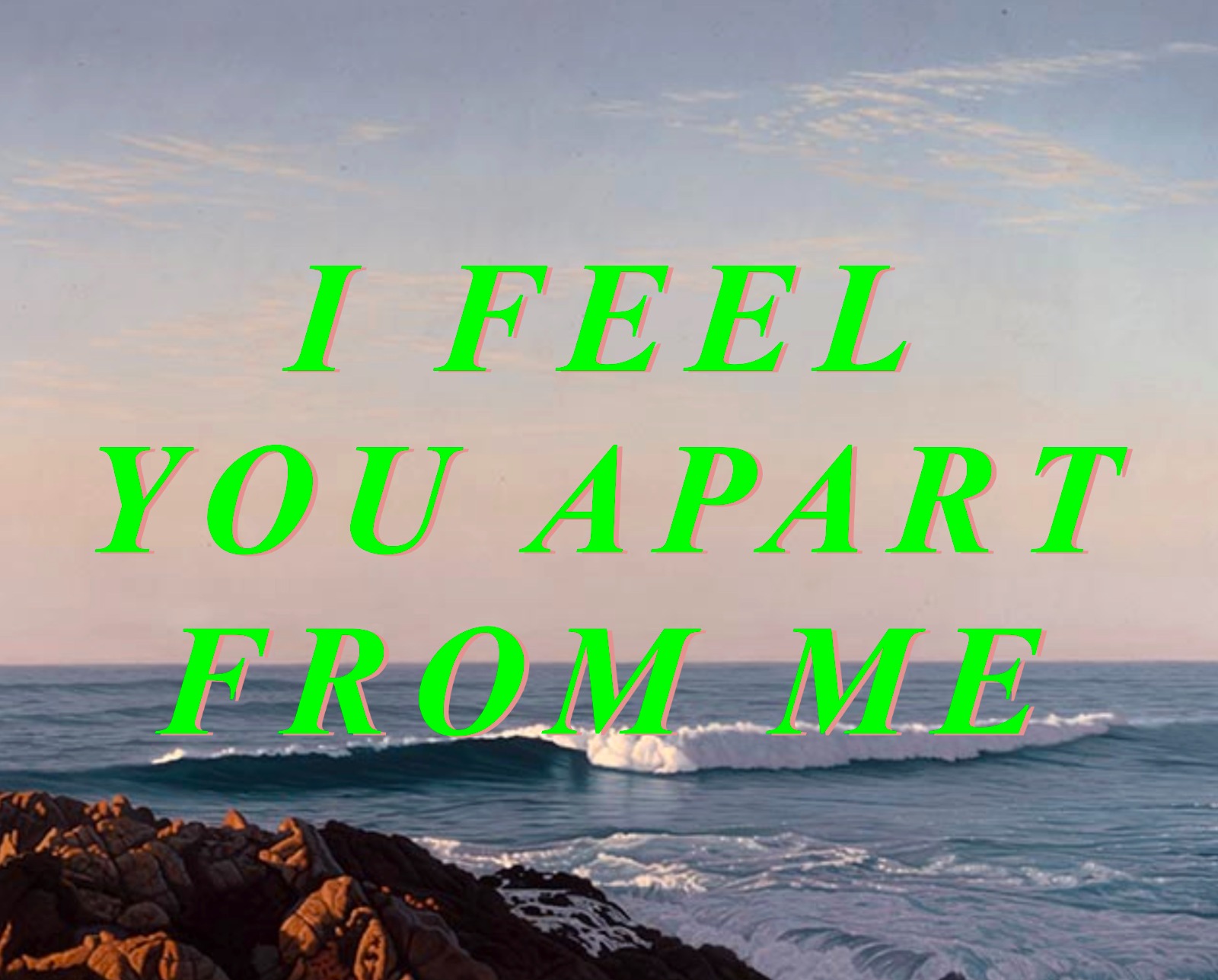 Lark’s I Feel You Apart From Me, commissioned for this year’s Dublin Fringe Festival, chronicled the speaker’s feeling of disconnect following her relationship breakup through the innovative medium of WhatsApp voice notes. The stream of messages, which began at 10am and followed the speaker throughout their day, provided an immersive sensory experience that was heightened through the accompanying images relaying dreamy visuals to complement the audio.

The piece opened on an intriguing note, featuring Emer Heatley’s distorted voice echoing, “she goes forth into the tide”, which set the tone for the hauntingly emotional production. The audio then abruptly shifted to a seemingly mundane voice note the speaker was sending a friend, on the topic of her recent breakup. The mundanity of the background noise, ranging from traffic lights to children talking instantly brought the listener into the speaker’s world, while Heatley’s forced nonchalance towards her emotions elicited instant empathy for her situation.

I Feel You Apart From Me highlighted the humanity of the audio note medium as a method of communication. Heatley’s character often struggled with the technology she used to achieve connection, frustratedly noting “I keep sending these prematurely”. Her disconnect within this communication was emphasised through the speaker’s recurring tangents, which created a stream of consciousness monologue through the voice notes. Despite these tangents, Heatley expertly achieved moments of intense sincerity, conveying her character’s fraught internal state.

Although the voice note medium was immersive and inventive, its insistence on relaying real communication became redundant at times, such as three separate short memos in which Heatley cried “I’m fine, fine, fine, fine” in mock insistence. These comic relief segments did however aid in emphasising the dramatic shifts in tone that accompanied the sombre mood created by lines such as “I wish you were here, because I’m actually just too scared to be on my own”.

Heatley’s speaker drew notable connections to classical myths throughout the piece, increasingly linking herself to the Homeric figure of Penelope, described through a series of juxtapositions – serene, passive and waiting, but with a rebellious active quality. These links culminated in a complete intermingling of the two figures, enhancing the theme of disconnection. Through the connections the production forged between the speaker and Penelope, I Feel You Apart From Me painted a vivid portrait of sadness and loss.

The deeply emotional quality of the piece was enhanced through Heatley’s gifted voice acting, expertly relaying the desperation of her character constantly grappling to keep herself together. The one-sidedness of the voice note medium enhanced this sense of loneliness and made the audience painfully aware of their inability to return her communication. The haunting closing passages notably featured Heatley’s pleading “don’t stop listening” and “don’t leave me on my own”, culminating in a harrowing “I miss you” that forced the audience to contemplate the heartbreak in the show.

I Feel You Apart From Me effectively used the audio note medium to convey the loneliness and desperation of heartbreak. Heatley skilfully delivered the dazzling and at times enigmatic prose, creating a haunting study into the effects of isolation and sadness.

I Feel You Apart From Me runs until September 26th on WhatsApp. Tickets are available on the Dublin Fringe Festival website.