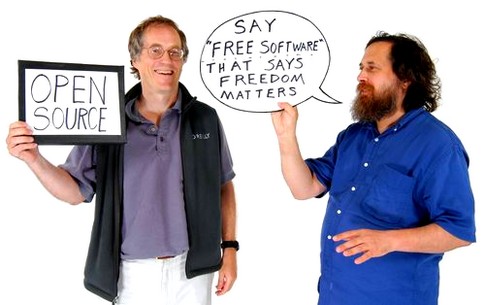 Many of you are starting college for the first time this year, and realizing, after the initial excitement, that the whole thing costs money, and that you don’t actually have as much as you would like to. One way to partially avoid this problem is to find out about everything you can do and get for free as a student – and this includes computing. Who needs to pay for software? Those who have never heard of Free and Open Source Software – the software that is free as in freedom (you are allowed to share it and give it to others) as well as price, that is easily enough for student needs, rather than spending hundreds of euros on the likes of Microsoft Office.

This article will introduce you to a few well-known free applications. It is brought to you by the Trinity Pirate Party – proof that « pirates » aren’t only nasty bearded men on ships but people who fight for freedom and a more open culture on the Internet, which incidentally is almost entirely run thanks to free software.

The best-known free application is of course the Firefox browser, made by Mozilla, a nonprofit that regularly takes a stand for Internet users’ freedoms and is currently trying to help spread awareness about the NSA’s spying of the world’s citizens. Firefox can also be extended with addons and be made do anything from block all the advertising on the internet to download Youtube videos. These add-ons must be popular as 4.33% of internet users are on firefox and use this as their main browser when it comes to using the internet. Small features can go a long way in persuading people to use a particular browser.
Mozilla also makes Thunderbird, a free email client. Email clients are especially useful once you have several email accounts (such as Gmail, Hotmail and a TCD account), as they automatically log in to each account and download your email for you so you have it in one place; you can even write email without an internet connection and tell Thunderbird to send it later when you connect up.
For those who were worrying about the cost of Microsoft Office, there is LibreOffice (ex-OpenOffice), a completely free rival office suite. As a teaching assistant and postgrad student, I use it all the time, including for my 100-page dissertation last year. It is easily enough to fill the note-taking needs of an undergraduate, and can open Microsoft Office documents when you need it to.

Those who have never heard of Free and Open Source Software – the software that is free as in freedom (you are allowed to share it and give it to others) as well as price, that is easily enough for student needs, rather than spending hundreds of euros on the likes of Microsoft Office.

Another poster child for free software is VLC media player. This little (French) app can read EVERY music and video format. It will liberate you from the messages claiming that your computer can’t play something because it doesn’t have the right “codecs”. Meanwhile “Audacity” can help you with many of your basic needs in editing audio files, and The GIMP is an advanced drawing and graphics processing program, with many of Adobe Photoshop’s capabilities and tools, even used by some professional designers – only it is given away for free. Soon Lightworks, a professional video editing suite used in Hollywood, will be open source too, which is great news for those of us who can’t afford final cut pro for windows!
Postgraduate students might take a look at Zotero, a Firefox extension that helps you collect all the research references and citations you need as you browse libraries and academic websites, and helps manage PDFs of articles you may have downloaded. Made by a team of american university researchers, it also provides help building your bibliography according to your chosen citation style.
For the privacy-conscious (whatever the reason – and it must be good, because the NSA reportedly hasn’t managed to pierce its security yet), the Tor Project provides a reinforced Firefox especially built to hide your tracks on the internet by connecting through its own specialized networks.

Finally, an honourable mention for Linux, a complete and free operating system that can be a replacement for Windows or Mac OS X. It comes in many forms, the best-known one being Ubuntu, and is often the starting point for free software projects that are then brought to other systems; French science students are often required to use it.
There are many more such projects. As free software implies that everybody’s contributions are shared with everyone else, thousands of people and foundations the world over are inspired to make it better and to participate in a spirit of freedom and shared resources.