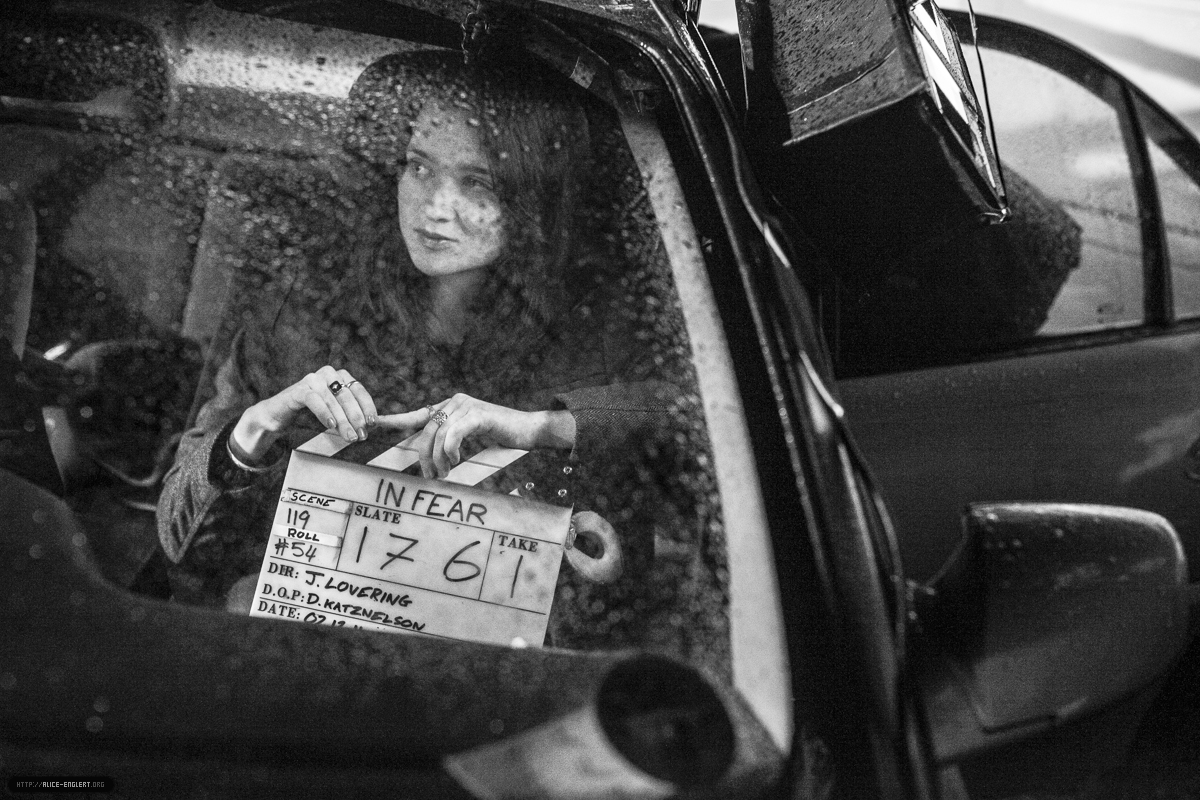 Making its debut at the Sundance Film Festival, In Fear is an independent horror film from seasoned TV director Jeremy Lovering. It follows Tom and Lucy, a newly married couple, on their way to meet their friends at a music festival in Ireland. Rather than driving directly to the event however, Tom cheekily suggests that they take a detour and spend the night in an idyllic hotel in the secluded countryside. Their romantic getaway soon descends into terror and chaos as they get lost on the way and find themselves targeted by a mysterious figure in the woods. Sound familiar?

In Fear begins promisingly. The first half of the film piles on the tension, keeping the danger ambiguous and exploiting that primal fear of the unknown. Unfortunately, it starts to unravel the moment the nature of the antagonist is revealed. The plot’s twists and turns are lazy and predictable and fans of the genre will find no surprises here. The characters make mistake after mistake and it becomes increasingly difficult to sympathize with them due to their stupidity. For example, when they are lost in a maze of country roads, Tom’s brilliant solution is to neck some whiskey, as if driving under the influence of alcohol will somehow improve his navigational skills. Lucy and Tom are seemingly devoid of all logic and reason and as such it’s difficult to emotionally invest in their survival, when they themselves don’t seem to care about it.

There is something to be said for the direction however. Jeremy Lovering makes impressive use of minimal locations and lighting, stripping the horror genre down to its very essence with his small cast. Most of the action takes place in a single car, which compliments the film’s overall feeling of claustrophobia. Even when the characters do leave their vehicle, they become seemingly engulfed by the surrounding forest, adding to that sense of confinement. Lovering had his actors work without a script and despite their often infuriating decisions, this improvisational style adds a layer of realism to the performances, as the actors genuinely didn’t know whether their characters would live or die. The casting is perhaps In Fear’s saving grace as the actors truly carry the film, especially relative newcomer Alice Englert.

Overall, In Fear does deliver some effective scares but they’re undermined by the fact that we’ve seen them all before. Even with a short runtime of eighty-four minutes, the film drags on significantly and fails to deliver a satisfying ending to reward the audience’s patience. Though it’s minimalist, indie style is aesthetically pleasing, it’s simply not enough to disguise the film’s lack of substance.