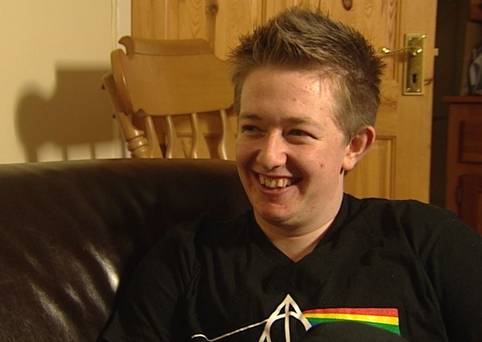 The demand for fair media representation for all in our society has been growing over the last few months, catalysed by the controversy around RTÉ and their offensive portrayals of the marginalised in our society. The current reality in Ireland is that transgender people – those who  identify with a different gender than the one they were assigned – are heavily discriminated against, and that Ireland is the only EU member state with no provision at all for recognising transgender persons in their acquired, or true, gender. Last week TV3 aired a documentary entitled  Irish Lives: My Transgender Journey which aimed to address many of the preconceptions in our society by focusing on the lives transgender people living in Ireland. I interviewed a long-time friend of mine, Sam Blanckensee, a UCD student of veterinary nursing, youth activist, and one of the three trans* people featured in the documentary.

“I’m excited” Sam tells me, as we sit down to discuss the documentary, due to air the night of our interview.  “I was nervous for all the media stuff … and for the public reaction tonight. Whenever an article goes up on TheJournal.ie about trans* issues, hate speech goes on in the comments”. Transgender people often face oppression, hostility and even violence for defying societal expectations around gender, often choosing to hide their true identity from friends, family and employers for fear of discrimination. Through his activism Sam has become a public face for trans* rights in Ireland: “it’s great in some ways being the face, but it’s also scary. My name has become very public, and identifiable. I could very easily get hate speech on Facebook”.

My name has become very public, and identifiable. I could very easily get hate speech on Facebook

TV3 filmed the documentary between June and October of 2013, shooting Sam during Dublin Pride, in UCD and at home with his family. Media outlets including RTÉ’s 2fm, Independent.ie and Spin 103.8 have covered the documentary and what it means for the equality movement in Ireland. “It’s been a heck of a week” he explains, but “all of the interviews so far have been really positive. So many of my heroes have been tweeting stuff, including Michael Barron [Chief Executive of BeLonG To, the national organisation for Lesbian, Gay, Bisexual and Transgendered (LGBT) young people], who is the reason I’m out, and the reason I can be so public. Panti Bliss retweeted stuff about it”.

The history of media coverage of transgender people is fraught with unacceptable accounts of their lives. The media frequently attributes the wrong gender to trans* people, including victims of transphobic crimes and murder victims, and uses shock-factor tactics as well as obsessively focusing on genitalia and surgery. This issue within media has been brought under the spotlight since RTÉ’s “The Centre”, which uses negative stereotypes for comedy, and describes Nuala, the transgender character, as “King Kong in a thong.” With regards to “The Centre”, Sam said: “I didn’t watch it. I refused to watch it. What baffles me is that it manages to take all our minorities that the Irish public already don’t know anything about and turn them into something that you can laugh at”.

The community has a chance to educate before the stigma

For Sam, being a public face holds a lot of responsibility to draw attention to gender identities typically ignored by society: “Now that I have a bit of media attention, I really want to put the focus on non-binary identities”. Here he is referring to identities other than male or female, which would include genderqueer, genderfluid and genderless identities, and how they’re often overlooked or dismissed within general discussion. “I’m only able to do it properly because I have that space and because I’m a student. I have so many friends that are non-binary. I’m not just talking about it as a concept, but as something that affects my friends. We need to start talking about it.” The fact that Sam is in a different position to most activists hasn’t escaped him: “It’s really exciting that I’m getting the chance to do that. Anyone can be a face: all you need to do it stand up and talk, but not everyone is in the position that I’m in – as far as knowing people who are expressing these different identities … the fact that I’m a student is the only reason that I’m able to talk about it as knowledgably as I can”.

Sam is proud of the way his university has supported trans* rights: “I’ve been a public face around UCD for the last year and there’s been no problems, but being a public face in the real world is kinda scary. I’ve faced no issues at all for being trans* in university. That’s insane in itself. I think people want to learn, they want to be open-minded. It’s the norm in student communities. And even if you do have an issue, you can’t say it because you are going to get an awful lot more stick from the student community for being closed minded than being open.”

Sam ran for the position of Welfare and Equality Officer in the most recent University College Dublin Students’ Union (UCDSU) elections, “Not only was I a trans* student, but I was an openly trans* candidate in our elections. I said in my commiseration speech that I’m so thankful to the students that my being trans* didn’t come into the race. The fact that even though my campaign team were worried about what questions we would get, and were prepared as to how to answer and didn’t need any of it … that’s a testament to the student community.”

I was curious to discover if Sam felt the “student movement” – students’ unions, LGBT societies and individual students – were doing enough to promote the cause of LGBTQ rights: “I think the student movement needs to do something new. The March for Marriage and mock marriages are great, but we need to finds something that we can own, that is very student, that’s kind of anarchy, and to actually make people listen by shoving it in their faces. We need to speak about it when we get the floor, and to be trans* inclusive everywhere. Say, at the start of an event, when they say ‘ladies and gentlemen’, to actually call people up and question their language. It’s important to be trans* inclusive in areas that are typically left out, such as women’s’ rights”.

I’ve faced no issues at all for being trans* in university. That’s insane in itself

Despite Sam’s positive experiences on-campus, he criticised the low level of student engagement with national issues, stressing the importance of student input in the upcoming marriage equality referendum: “if students just say it’s going to pass, it may not pass because students don’t vote. Every single welfare candidate in the UCDSU elections, as well as the president, stressed that it’s all about voter drives. As well, I think it’ll be about spamming, about shouting out and talking to people – making sure that our families know how we feel, because a lot of the time students have come from conservative families and don’t speak out, even though they may be pro-marriage equality”.

I’ve been friends with Sam since we were three years old, and I was curious to learn as much as possible about the experiences of a young activist in an area that our society is only beginning to discuss. In relation to that, he said: “One of the things that I suppose is easy about trans* activism is that nobody knows anything: it’s about informing people of the issues and why its important, because if you don’t have any preconceptions, then all you’ve got to do is be educated. The community has a chance to educate before the stigma”.

Although Sam “definitely” identifies himself as an activist, he is aware that “if you’re out as trans*, you can’t go back. That’s all someone will see about you. It becomes the only identity people see. This explains why someone might not go too much into the media … it becomes interesting in situations in where you have to try to stay safe. Being open is what I’m most comfortable with … but a lot of people like to keep their private life private. It’s great to have trans* activists, but I would be fighting for the right for people to not have to come out”.

TV3’s documentary Irish Lives: My Transgender Journey is avaliable to watch on the TV3 Player: http://www.tv3.ie/3player/show/603/78687/0/Irish-Lives