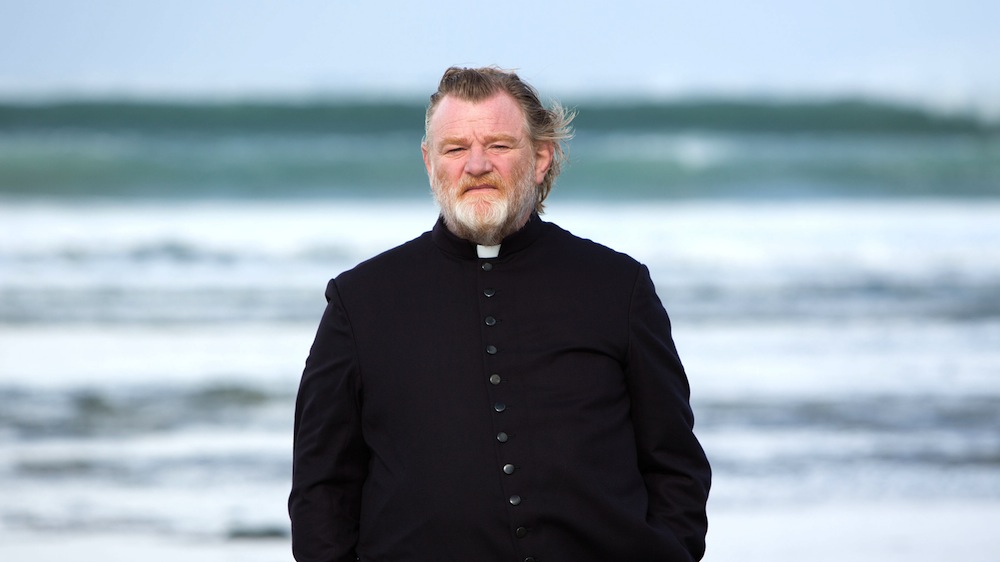 John Michael McDonagh’s film The Guard opens with four teenage boys being killed in a horrific car crash in the west of Ireland. Such a tragic scene of mass road death has an instant register in the Irish psyche. It is played for laughs and somehow it succeeds in producing them. Similarly resonating black humour is present in the opening scene of Calvary. We are shown Brendan Gleeson playing a priest sat in his side of the confession box. An unseen man gets into the other half and tells Gleeson’s character, Fr. James, that he was sexually abused as a boy and that he is now going to kill Fr. James in two weeks as retaliation for it. Not because Fr. James was the perpetrator, but because he is a good priest, and that will send more of a message. It is both wry and dramatic. This style is becoming vintage McDonagh.

That he is to be reminded of not just his own flaws, but the flaws of the Church which he represents at every turn is indicative of the jaded, post-abuse revelations of the Ireland we live in today

Calvary then proceeds to follow Fr. James as he copes with this threat to his life while also performing his priestly duties in a colourful, and oddly debaucherous, village in Sligo. Gleeson is stunning in his role, moving between resilience, mirth, sadness and anger with seamless believability. Reminiscent of Graham Greene’s whisky priest in The Power and the Glory, Gleeson’s Fr. James struggles with his own humanity in pursuit of living a good Catholic life. That he is to be reminded of not just his own flaws, but the flaws of the Church which he represents at every turn is indicative of the jaded, post-abuse revelations of the Ireland we live in today. Fr. James’ parishioners are a sinful lot, but they won’t stand to be judged by anyone else, let alone a priest. 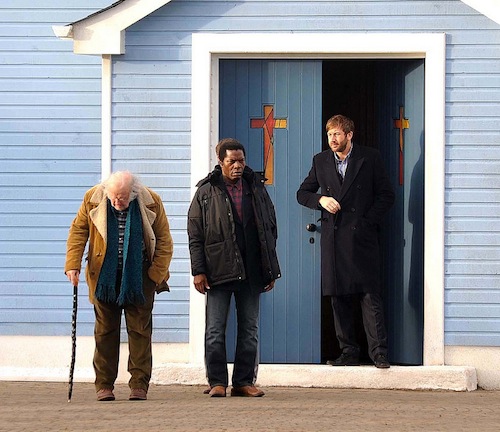 Making up those parishioners is a cast that includes a passive aggressive butcher (Chris O’Dowd), a young serial killer (Domhnall Gleeson), a hedonistic doctor (Aidan Gillen), a strange and sexually frustrated young man with a penchant for bowties (Killian Scott), an opulent Celtic Tiger banker (Dylan Moran), and the local pub owner (Pat Shortt). It is a who’s who of Irish acting and comedy at the moment. Particularly strong within that ensemble is Dylan Moran whose new money financial tycoon has a skewed moral compass and a twisted guilt complex. Moran’s combination of wit and nuanced emotion is further proof that he isn’t present on the silver screen enough. As well as this motley crew the cast is rounded out with excellent performances by Kelly Reilly as Fr.James’ daughter and Isaach de Bankole as a philandering mechanic.

Fr. James’ interactions with these characters come in the form of a series of comic and tragic sketches on life, faith and death that comprise the majority of Calvary. The identity of the man who threatens Fr. James is known to him but kept hidden from the audience. This adds to the tension as the viewer is left uncertain as to who the potential murderer could be.

The plot is slight but clever, allowing for an emotional build up throughout the film as Gleeson’s Fr. James comes gradually closer to his day of reckoning. Visually the movie is filmed beautifully and its use of panoramic shots of the Sligo countryside conjure up imagery as sweepingly beautiful as anything found in The Lord of the Rings trilogy. Ultimately Calvary relies on the strength of the dialogue between Fr. James and the locals to keep the viewer hooked. To this end it succeeds immensely and is a must-see for any lover of film, particularly those with an interest in Irish cinema.