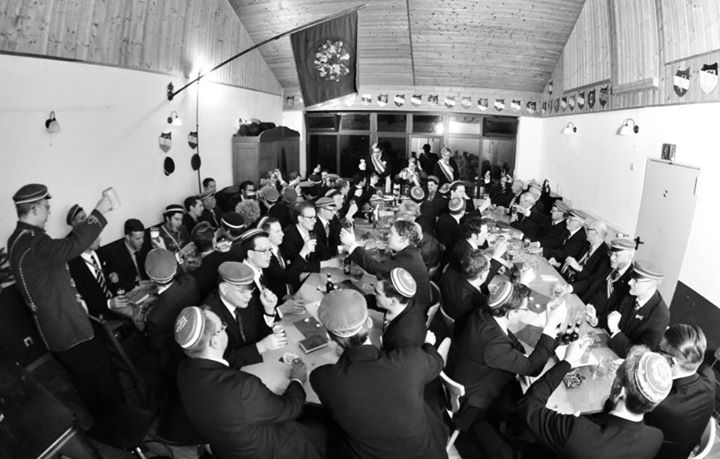 Upon arrival in Trier Germany for the beginning of my Erasmus year I remained conscious of the forewarning of my lecturers and tutors not to fall into the most auspiciously named “Erasmus Ghetto”. As a language student, this aforementioned ghetto is a term used to describe that wide circle of English speaking students one tends to encounter in European university towns and cities, which has the unfortunate habit of hindering one’s efforts at immersion in foreign language and culture. After a while, I soon began to settle into a routine within my rather pleasant new surroundings of the city of Trier; classes and lectures were attended, new friends made and the usual student cycle of balancing college work and social life was established.However, I soon became acutely aware of the lacking of my German usage in a social setting. With the chief purpose of my erasmus year being the improvement of my German I felt I should try and find an excuse to use it .

It was with this in mind that I first made contact with the Corps Marchia Brünn zu Trier. The corps Marchia is a Studentenverbindung or more specifically “corporation”. Fraternities such as these including the more nationalist (and sometimes right wing) “burschenschaften” are to be found in virtually every German university town or city, though it is estimated that less than 1% of German students are active members of a verbindung.

I first became aware of these organisations through my German cultural studies at trinity and armed only with my limited knowledge of their activities and the overconfident thought of “ah sure I’m Irish, I can talk my way into anything” I set off to infiltrate the secretive and exclusive world of German fraternities.

One short email later and I was on my way, armed only with an address, an invite to attend, and a few words of cautious warning from a German relative as to the often right-wing nature of German fraternities. After some searching I finally found my destination, nestled on the edge of a small mountain at the end of a steep seemingly vertical climb – the sight which greeted me was an imposing large white house overlooking the river Moselle, with an enormous banner of green, white and red fluttering in the breeze. The sight of a man with a scarred face wearing a sash of the aforementioned colours soon followed, along with a jovial greeting. What followed was a lecture on the activities and chief principles of the corps led by senior member Herr Tim Steinmann. For this I found myself seated among a collection of students in smart attire all wearing the same sash of green white and red – many also sported an unusual military cap – and, often, a facial scar. As the evening progressed and the beer flowed quicker I quickly became acquainted with their love for beer, coupled with respect for my positive attitude towards it. I came to be on friendly terms with the corps and its members and had the pleasure of attending many of their events and learning of their activities. 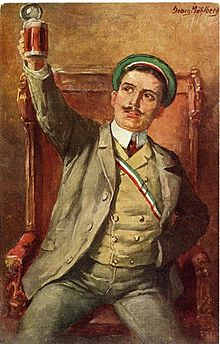 Members (who are exclusively male) still take part in the tradition form of fencing “Mensur” which often results in a facial scar known as “Schmiss”. These fencing bouts are considered matters of honour, and the Schmiss was at one point in German society prior to the 2nd world war a matter of significant personal distinction which earned great respect for those whose faces were so decorated. The chief principles of a corps, I was told, are those of tolerance and democracy. Members are expected to respect the differing opinion of their Corpsbrudern while striving towards an esprit de corps (which I must say they have achieved to an impressive extent).

Although there is a sense of conservative nationalism, and perhaps even slight monarchism, present corps members typically hold the era of the Third Reich in disgust due to their enforced disbandment by the national socialists, while earlier German periods are looked on with nostalgic romanticism. Members enjoy the advantage of subsidized housing, a free bar and perhaps most importantly of all an extensive career network entirely free of charge. Those members who have left education and are now employed, the so called “Alte Herren”, subsidize all fraternity expenses and provide an important networking framework for younger members, whereas members who remain active in academic studies pay nothing.

It was thus in this conservative world that I began to spend a great deal of time. A deep personal love of German history (and half passable German) seemed to make my presence acceptable, allowing me to partake in very enjoyable evenings focused around traditional student songs, and the ever dangerous open bar. As an organisation I have been struck deeply by the amazing link these organisations create and cement between past and current generations of students, and cannot but help to have an overall positive and admiring opinion of them. This said however it is the distinct German nature of these fraternities activities and traditions as opposed to the often media stereotyped image of U.S fraternities that provides their appeal, and which allows them to stand as a unique reminder of the student life of old Europe.