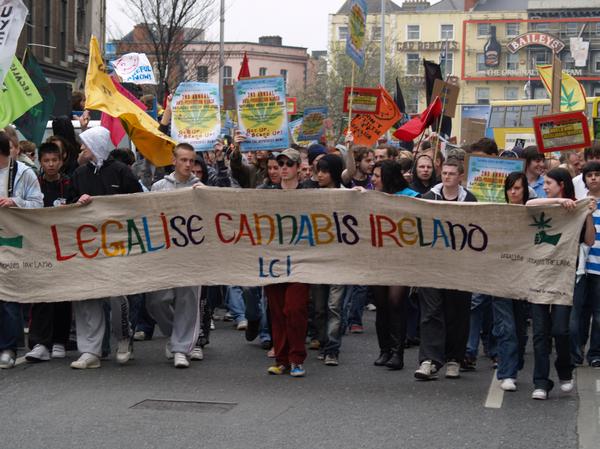 Can we talk about marijuana? Is that ok? I hear that’s the thing to do these days. Since it is so easy to get hold of BUDGET BUDS in certain parts of the world, it’s almost a matter of time before cannabis is legalized all around the world. It would surely make it easier to grow using the best girl scout cookie seeds just like our American cousins.

Irish society always appears content with being a few steps behind the global consensus. Are we just a tad too conservative? For once I would love for Irish society and the Irish media to be up to date on the global talking points. One issue that’s conspicuously absent from our public discourse is the legal status of marijuana.

The legality of marijuana was first brought into question by a 1925 piece of legislation from the League of Nations called the Geneva International Convention on Narcotics Control. There was a conservative attitude to drug use and sex at the time, but the global community originally had little to no opposition to the use of marijuana.

Marijuana has always been lumped in with harder drugs like cocaine, heroin etc., although its relationship to that family is dubious at best.

The League of Nations added marijuana to its list of illegal substances after it was proposed by the Egyptian and Turkish governments, who based their prohibition of the drug off interpretations of Islamic law. The Egyptian delegation claimed the drug caused 30-60% of insanity in their country.

These claims were not investigated by the League of Nations until 10 years after and this investigation was never completed. The only serious investigation of the drug at the time was done in India, in the 1893 Indian Hemp Commission Report, which contradicted most of the Egyptian delegation’s proposals to ban the drug in the first place but was largely ignored. The resolution passed with the support of 58 countries.

Since that time, marijuana has always been lumped in with harder drugs like cocaine, heroin etc., although its relationship to that family is dubious at best. Companies like WildHemp.com are trying to offer products that distance themselves from these harder substances and instead their offerings include things like tinctures, oils, and edibles using the CBD component of marijuana. This supposedly offers certain positive health effects and avoids any psychoactive side effects.

Former Minister for Health Sean Flanagan, who commissioned the 1971 “Report of the Working Party on Drug Abuse,” was responsible for the first serious investigation into drug related matters in Ireland. Journalist Ruaidhrí O’ Conghaile reports that “It recommended, among other things, that statutory controls to be contained in comprehensive, new, anti-drug legislation… should not unduly infringe on individual civil liberties; that there should be a system of scaled penalties for varying types of drug offence; and that the courts should have the power to commit convicted drug abusers to a treatment facility rather than to a conventional prison.”

Current drug policy in Ireland and across much of the world appears to be inadequate. The attitude that marijuana is highly addictive, or that the drug is a pathway to other drugs, has always appeared, at best, misinformed.

The next step for the prohibition of marijuana in Ireland was the 1977 Misuse of Drugs Act, which moved increasingly toward criminalisation rather than the rehabilitation suggested nine years earlier. O’ Conghaile notes that 1983 saw the establishment of the Special Governmental Task Force on Drug Abuse, a committee consisting of six ministers of state under the chairmanship of Fergus O’Brien, Minister of State at the Department of Health. The most obvious result of their task force was the amendment of existing legislation with the 1984 Misuse of Drugs Act, which introduced higher fines and harsher sentences for drug offences, including a symbolic life sentence for “drug pushing”.

The ensuing decades, however, have dramatically changed domestic and international attitudes toward the drug, while showing criminalisation to be wildly unsuccessful. Portugal has now decriminalised virtually all drugs, and Uruguay as well as a number of American states have legalised the recreational sale and use of marijuana. Medical use is even more widespread.

In this context, current drug policy in Ireland and across much of the world appears to be inadequate. The attitude that marijuana is highly addictive, or that the drug is a pathway to other drugs, has always appeared, at best, misinformed. Additionally, history suggests the drug’s path to illegality may have been a somewhat arbitrary decision from the start. This leads me to believe that the time has come to decriminalise or even legalise marijuana.

Decriminalisation should be combined with a greater emphasis on drug education in order to combat excessive use and abuse. In Ireland, targeted education about the effects of smoking tobacco has already led to a significant decrease in the use tobacco among users of alcohol as well as among users of cannabis. Along with this, the number of habitual tobacco users in Ireland overall has significantly declined.

At the very least, this country needs to start a serious and constructive discourse on the topic of legalisation. Taking a proactive stance would put Ireland at the forefront of global thinking in a way it has rarely been in the past.