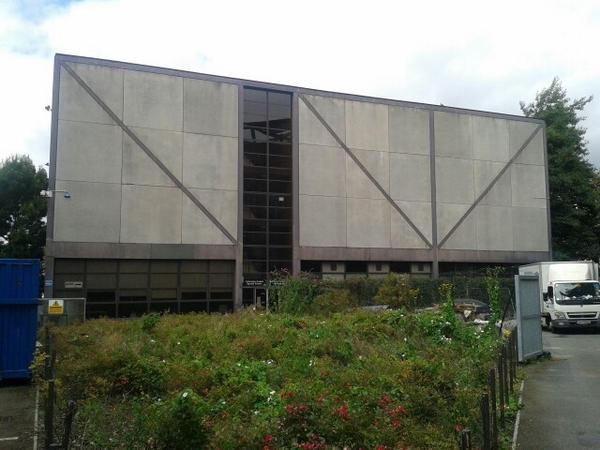 Some Trinity sports clubs have expressed discontent at the lack of communication from College, facing the prospect of displacement due to the planned demolition of Luce Hall. The demolition of the hall is to take place in order to make space for a new Business School.

A review of the Department of Sports and Recreation, published earlier in the year by the Quality Committee of the College, recommended an “early resolution to the facility and storage deficit for clubs resulting from Luce Hall demolition”. However, it seems the clubs affected by the proposed renovation of the location – DU Boxing Club, DU Squash Rackets, DU Rifle Club (as well as Kayak and Sub-Aqua, who use Luce Hall for storage) – have so far been left out of the resolution-seeking process.

“Luce Hall being demolished has been a great source of stress for a while now,” admitted Gemma McGee of the DU Boxing Club executive. McGee went on to tell The University Times that “there has been a lack of communication between the club and the College” regarding the proposals for relocating the club. While the boxing club have been promised a new location by the College in TTEC (an off-campus, Trinity-owned building), the club’s requests to see the room have been, thus far, ignored. Furthermore, McGee has expressed dismay at the oncoming displacement, as DU Boxing has historically been based on campus for many decades. In spite of the suggestions of the Quality Committee there has not yet been a comprehensive solution put forth to the DU Boxing committee, “there are many questions we have about the move and the College have only answered a handful of them”.

Contact with DU Squash closely reflected DU Boxing’s feelings of frustration with College, who seem to have provided minimal information to DUCAC and their clubs at this stage in the process, though it is worth noting Luce Hall has been slated for renovation since as early as 2010. Men’s captain and club captain of DU Squash, Conor Ringland, asserted that DUCAC and the Department of Sport would be keeping the club up to date, but that, for the time being, the bodies responsible for sport in the College “don’t know anything”

Most of the discussion surrounding the displacement and subsequent relocation of the Luce Hall clubs has been dealt with in vague terms so far, and not all details are readily forthcoming. DUCAC maintain that “the Head of Sport is working with DUCAC, the relevant clubs and the College to try to achieve the best possible sports facilities for these clubs”, however it is clear that this message is at odds with the frustrations expressed by DU Boxing in the face of their oncoming relocation, and the lack of specifics available to the club. Head of Sport Michelle Tanner told The University Times that “although there may be some short term disruption to some clubs, I am confident we will be better able to secure facilities for sport in the long term”. At this time, however, neither DUCAC nor its clubs are aware of what their post-Luce Hall fate will be, nor have they been informed of the short term solutions the Department of Sport have in mind.

Trinity College will be investing €70 million into the redevelopment of the Luce Hall site into a new Business School, a venture that is estimated to reach completion in 2017, alongside the opening of Oisín House as a Trinity College building containing student facilities and accommodation.