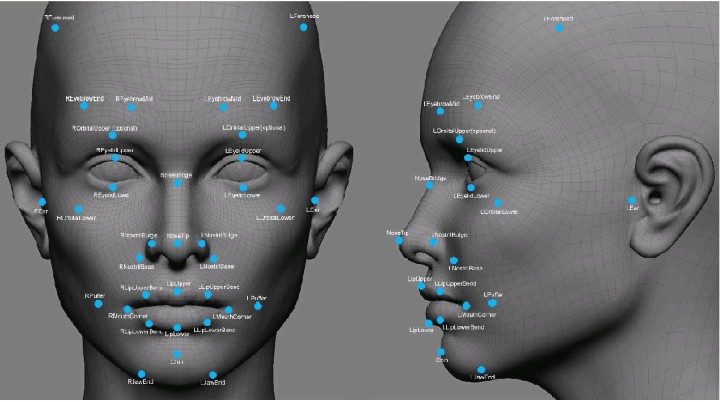 Scent, body, hair, smile – these are some typical things we think of when we determine whether or not we have a sexual attraction towards someone. But what about the things we pick up subconsciously? Ever wondered why are you attracted to a certain kind of person? Or why things have changed now that you’re off the Pill? Well, we’ve found some strange things that you may not have thought could influence your sexual attraction.

A change in sexual attraction is definitely not a side effect listed on the box but there is research to suggest that the contraceptive pill can alter who you want to get down and dirty with. It all comes down to a little gene called MHC that can be detected in a person’s scent. MHC plays a vital role in your immune system and women prefer men whose MHC gene is different from their own so that they can create children with really strong immune systems. The Pill can cause a shift in this MHC preference to desire someone with an MHC more similar to you which is why many breakups and rejections can occur when a woman starts or ends the Pill. Statistically, it is the cause for a whopping one million divorces a year in America alone.

How Close They’re Standing To You

No matter how shy you are, you’re going to want to stand near the person you have a sexual attraction to, right? Well consider this before you leap over to the couch where they are sitting: you’re more likely to have sex with someone who is talking to you from your right side rather than your left. Studies found that 50% of requests for a date and sex are successful if the person is on your right side as the left is associated with negativity. If you want to double your chances of a date, touch their arm whilst asking. This sends signals to their brain that you are dominant and this will always rate you higher on the sexual attraction ladder.

Of course, when you are figuring out if you find someone attractive, you will almost always consider their face. Sure that’s the thing that attracted you in the first place! But certain ways that your face is aligned, tilted, and how many scars you have are all part and parcel of determining whether or not someone really wants to have sex with you. The more symmetrical your face is, the more sexually attractive nature says you are as this is all wrapped up with mammals’ strive for offspring perfection If a woman tilts her head downwards, she is considered more attractive than if she were to tilt it upwards. The opposite is true for men and it is all down to height. Men are usually taller than women so if they tilt their head backward, they are considered tall which nature equates with masculinity and attractiveness. Tilting backward also highlights the shape of your jaw which is also seen as sexually attractive in a male. Women who tilt their head forwards show off the feminine trait, making women look shorter and so, according to nature, more feminine. Facial scarring also makes a big difference. Scars and marks are associated with a more alpha type of partner who will look after their offspring if they were ever to be attacked by wild animals. Of course, evolution has changed somewhat since the days that wild animals were everyday threats, particularly in Ireland, so whilst facial scarring may land you a short term sexual relationship, as it suggests that you are a dangerous and adventurous person, it is no longer seen as an advantage in the long term.

Let’s try not to make this one too creepy but your fears are true. Research suggests that you are more likely to find someone sexually attractive if they look somewhat like your parents. We align ourselves to those who we are related to and want our partner to fit in too. By nature, you will look for a sexual partner who looks reminiscent of the parent of the same or opposite gender to you depending on your preference. Try not to bring that one up over a dinner conversation. Even stranger is that research suggests we look for a sexual partner who is a little reminiscent in the looks department of ourselves. Scientists found that when a group was given a morphed image of their face (unknowingly) and of a stranger’s, they were more likely to find that face sexually attractive than of a morphed image of two complete strangers. This led researchers to conclude that we find people who look like us more sexually attractive than those who don’t.

So we all know the saying that things will happen when the time is right? Well, according to nature, that time is every month. Falling in love or getting rejected can depend on whether a woman is ovulating or not. Whether or not a woman wants children, her body will and expresses that wish through the little gift Mother Nature brings every month. The body will adapt itself to reel in possible partners through the help of breast increase, the increase of voice pitch and the scent of pheromones all of which signal to other people that it wants to have sex, or that they’re attracted to you and your own Pheramones. In other words, you are more likely to find someone sexually attractive if you or the person you’ve your eye on is ovulating. But how clever are people in picking up these bodily signals? People, particularly men, pick up on these pheromones subconsciously within the first seven seconds of meeting a woman and this usually influences them to try to score a date as the scent is pleasing and encouraging. These pheromones made for men encourage men to ask a woman out, even if they don’t realize it.
Science decided to test this out in a strip club – any excuse eh? Adult entertainment settings are fascinating environments for scientists as they provide access to a wide range of intriguing phenomena. Studies showed that strippers who are ovulating make about $70 in tips compared with those menstruating who make on average $35 and those who are doing neither making around $50. With this in mind, it would be interesting to see whether the strippers in Raleigh and in strip clubs all over the world could use these findings to their advantage.

If you experience fear around a person who you find seriously attractive, your brain will try to convince you that your heart was racing due to a strong sexual attraction towards that person. Scientists found that men who were asked a series of questions by an attractive research assistant on a rope bridge were more likely to give sexual answers to open-ended questions than those who were not experiencing fear. They also found that participants on the rope bridge were five times more likely to agree to call the assistant the next day. But the sexual attraction doesn’t end when you get off the bridge. Studies further found that you are more likely to remember the sexual attractiveness of a person if you bonded with them over fear than if you didn’t. So if you really want someone to fall for you, make them watch the most horrifying film ever. They’re sure to be on your lap by the end of the night.