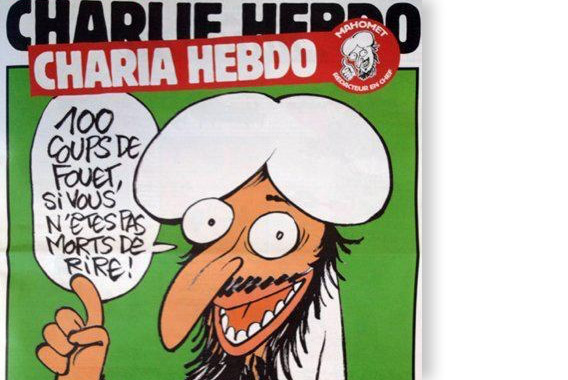 The attack on Charlie Hebdo, and the murders of ten journalists and two policemen, are not only a tragedy for the victims, their families, and their colleagues, but also an assault upon freedom of expression and the fabric of western democracy. The only appropriate response is to refuse to give in to such an outrage, and instead to support and exercise the fundamental freedoms for which the victims gave their lives.

It is therefore troubling that Dr Ali Selim – admittedly in response to a line of leading questions from a radio journalist – should threaten legal action against any Irish media outlet which chooses to publish cartoons depicting the Prophet Mohammed which had been published by Charlie Hebdo. I assume that he has in mind the offence of blasphemy contained in section 36 of the Defamation Act, 2009. It was included in that Act to give effect to the constitutional requirement that the publication of “blasphemous … matter” should be a criminal offence. However, section 36 is very narrowly drawn, and its terms would not be satisfied by the publication of a Charlie Hebdo cartoon to illustrate a story on the attack on the magazine.

Under section 36, there are three main issues to be considered. First, it would be necessary to establish that the publication of the cartoons is grossly abusive or insulting in relation to matters held sacred by Islam. Since many Muslims believe that visual depictions of the Prophet should be prohibited, satirical cartoons of the Prophet are very likely to meet that standard.

Second, it would be necessary to establish that the publisher “intends” to cause outrage among a substantial number of Muslims. This would be hard to establish where the intention behind the publication is to illustrate a major news item.

Third, even if that is established, it is a defence for the publisher to prove that “a reasonable person would find genuine literary, artistic, political, scientific, or academic value” in the publication, a rubric which would be easily satisfied by a major news story.

Finally, even if the terms of the offence are made out, the question would arise as to how the offence could be prosecuted. Dr Selim might make a complaint to the Gardaí and, even if they investigate, it would be a matter for the Director of Public Prosecutions (DPP) whether to prosecute or not. And although, at common law, any individual has the right to initiate a private criminal prosecution, the DPP can decide to discontinue it.

That there is some superficial plausibility to Dr Selim’s misconceived claim demonstrates just how unwise the blasphemy provisions of section 36 the Defamation Act, 2009 actually are. A referendum to remove the reference to blasphemy from the Constitution is promised for this year. If it succeeds, section 36 should be immediately repealed. Thereafter, we should be able to discuss and debate issues of faith and politics, rather than seek to have the law come down on one side or the other of such intractable issues. That is what democracy is all about. And, in that way, we honour the memories of those who died in the attack on Charlie Hebdo.

Eoin O’Dell is an Associate Professor in Trinity’s Law School, Chair of the Fellows of Trinity College Dublin and the former Editor of Dublin University Law Journal. He blogs about academic law and related matters at Cearta.